Dan W. Brock, professor emeritus of medical ethics in the Department of Global Health and Social Medicine at Harvard University, has died. 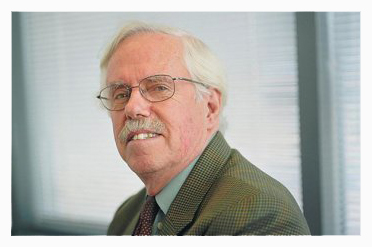 Professor Brock was well known for his work in biomedical ethics, authoring over 150 articles concerning health policy, medical technology, the moral responsibilities of doctors and other healthcare professionals, the ethics of procreation, moral issues concerning genetics, justice in health contexts, and other related topics. His books include Deciding for Others: The Ethics of Surrogate Decision-Making (with Allen E. Buchanan, 1989), Life and Death: Philosophical Essays in Biomedical Ethics (1993), and From Chance to Choice: Genetics and Justice (with Allen E. Buchanan, Norman Daniels, and Daniel Wikler, 2000).

During his time at Harvard he held a number of positions, including director of Harvard Medical School’s Division of Medical Ethics and director of the Harvard University Program in Ethics and Health. Prior to that, Professor Brock was a member of the Department of Clinical Bioethics at the National Institutes of Health, and before that, he was professor of philosophy and biomedical ethics at Brown University and director of its Center for Biomedical Ethics. He earned his Ph.D. in philosophy from Columbia University and his B.A., in economics, from Cornell University.

In addition to his work at universities and research centers, Professor Brock frequently lent his expertise to government institutions and non-profit organizations, including the President’s Commission for the Study of Ethical Problems in Medicine (1981-82), the Ethics Working Group of the Clinton Task Force on National Health Reform (1993), the Office of Technology Assessment of the U.S. Congress, the Institute of Medicine, the National Bioethics Advisory Commission, and the World Health Organization.

Professor Brock served as President of the American Association of Bioethics and was a founding Board Member of the American Society for Bioethics and Humanities. In 2018, he was awarded the Henry Knowles Beecher Award from The Hastings Center, where he was a longtime fellow. The award honors those who have made a “lifetime contribution to ethics and the life sciences and whose careers have been devoted to excellence in scholarship, research, and ethical inquiry.”

I am very sorry to learn of Dan’s death. I knew him well in the 1970s when I was a graduate student at Brown. He was an outstanding philosopher who did very important and seminal work in bio-ethics. Dan was also a wonderful teacher. He directed my doctoral dissertation and my late wife Judy’s. He was everything a director and mentor should be: helpful, very generous with his time, prompt, and diligent. He was very encouraging and supportive, but he also let students know when their work was wanting. He helped and guided many students through the difficulties and disappointments of job hunting and beginning their careers. I still have his hand-written comments on several drafts of my dissertation and several of my graduate papers. I didn’t fully appreciate how apt and helpful his comments were when I was a student. Some of my early work would have been better if I had followed his suggestions more closely. Judy was his TA at Brown for a time. The first time she graded a set of papers for him, she gave most of them Cs and Ds. Dan made her raise the grades which she did very reluctantly. She always insisted that she was right in her original grades, because the arguments given by most of the papers were weak or non-existent. Dan thought that the grades she initially assigned were unfair given the prevalence of hyper grade inflation at Brown in the 1970s. He wasn’t a cause of that hyperinflation, but he took account of it. It was our very good fortune to work with Dan and be guided by him.Report

Thank you for your very kind words. I will be sure to share them with the family.

I studied with Professor Brock at Brown in the early 90s. He was not only a brilliant philosopher, but one who always grasped the big picture better than anyone else I knew. He gave a Seminar on Well-Being that was so good, I still have the notes in my drawer (even after being out of philosophy for 30 years). A few years ago when I was trying to get back into school, he agreed to help even though we hadn’t spoken for decades. He was a warm, generous, and funny person. I am very lucky to have known him. Condolences to his family.Report