“How to self-cite without giving away your identity? I’ve seen two ways of doing it over the years. One is great, and one is really frustrating. We should all stop doing the frustrating one.”

The following is a guest post* by Colin Klein, associate professor of philosophy at Australian National University. 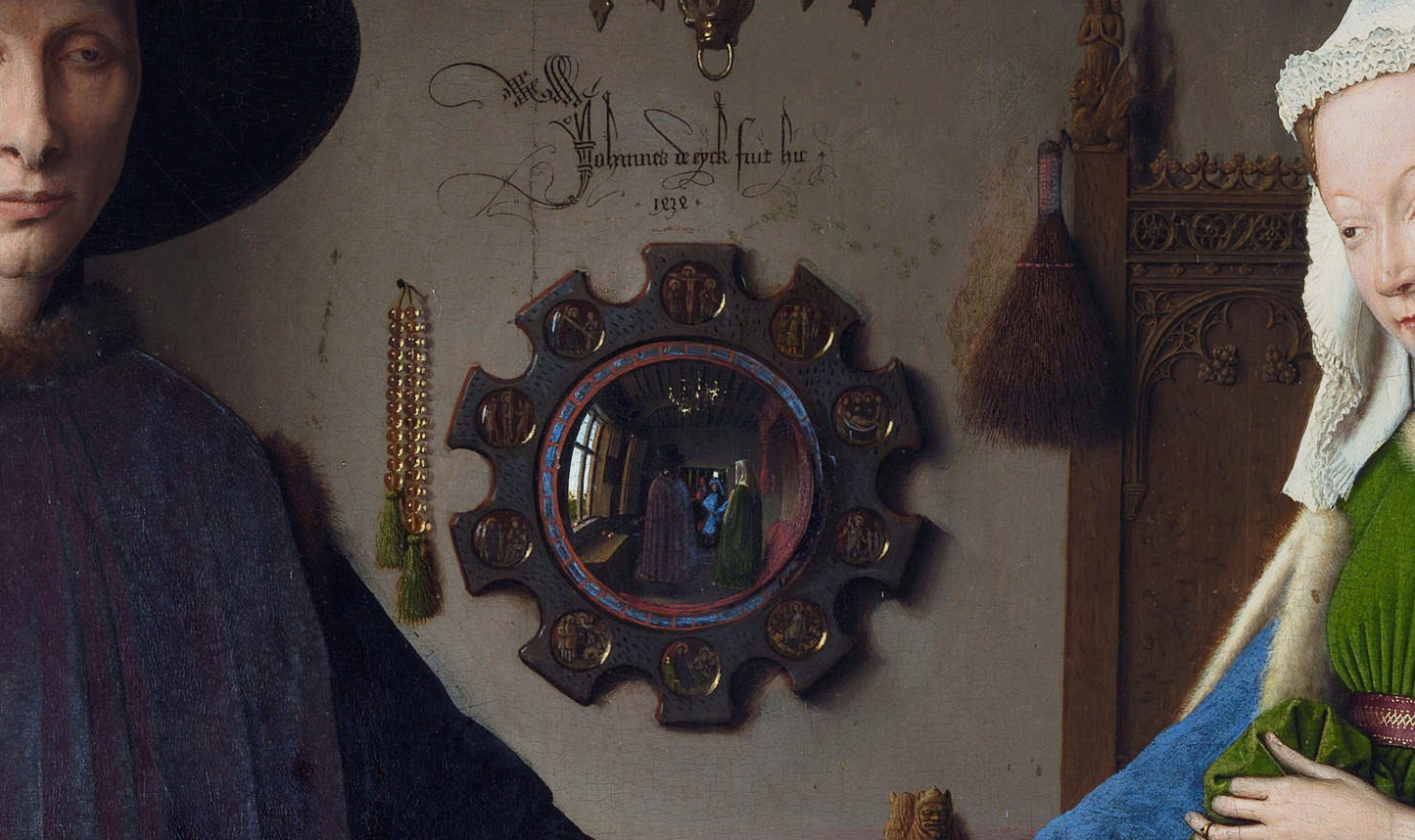 [Jan van Eyck, “Portrait of Arnolfini and his Wife” (detail)]

A Norm for Self-Citation
by Colin Klein

Philosophers like to cite themselves. Reviewing standards in philosophy are extremely fussy about preserving anonymity of authors. This sets up a conflict: how to self-cite without giving away your identity? I’ve seen two ways of doing it over the years. One is great, and one is really frustrating. We should all stop doing the frustrating one.

Suppose my draft says “As I argue in Klein (2015), pains are imperatives”. To anonymize this, I could do two things:

The job of a reviewer is to determine whether a paper is fit for publication. Part of that job is determining whether the citations adequately support claims that are made. Option (1) lets me check the citations. That’s the good option. Option (2) doesn’t. Option (2) thus fails to give the minimal information a reviewer needs to do their job. That’s the bad option.

This is not hypothetical. I’ve seen some amazing things asserted using the mechanism of (2). Load-bearing claims. Preposterous claims. Without taking the author’s word on it (hint: I don’t), such papers are dead in the water.

You can do (1) poorly, of course. If I wrote “As Klein argues in his brilliant, under-appreciated 2015 masterpiece…” then you might have a clue to who I am. But you shouldn’t write like that anyway. If you’re writing in a small subfield, you might worry that that (1) gives clues to my identity. (How many people cite my 2015 uncritically? I suspect just me.) But neither (1) or (2) will help there: that’s a deeper problem about trying to preserve anonymity in small fields.

Indeed, that leads to a related problem with (2). If you know the topic, you’re going to wonder “Gee, this person writes about imperatives and pain, they should at least slag on Klein as part of due diligence.  Then you go to the bibliography and there’s no Klein. You might think that the author has overlooked an important part of the literature. Or you might readily—even inadvertently—infer that you’re dealing with a Klein manuscript. So (2) actually makes it easy to inadvertently reveal your identity. Again, I speak from experience here.

So here’s a proposal for a norm:

i. Are you self-citing because the thing you’re citing actually adds to the philosophical discourse? If so, treat it like any other citation, and remove information from the body of the draft’s text that suggests you are citing yourself.

ii. Are you self-citing to establish that you are one of the authors who believes the thing, thereby staking out philosophical turf? You can probably get by with just putting in a third-person citation. But if you worry, then don’t put a citation at all. Add it in the final stages if it gets accepted. The reason we care about anonymity in reviewing is that we ought to be able to evaluate the quality of a paper without knowing who wrote it and whose philosophical career will be advanced by its publication. So staking your claim can come after review.

iii. Are you worried because you’re responding to somebody who is attacking you and it’s really hard to write in the third person about yourself without giving away clues to your identity? Honestly, I think editors need to step up here and admit that this happens and there’s no sensible way in which these kinds of papers can preserve anonymity. But in any case, there’s nothing you can do, so you might as well do (1), because (2) is going to make your paper unreadable.

iv. Are you self-citing for some other reason? Don’t. There are no other good reasons.