How does Wikipedia “see” philosophy?

According to one visualization that was made to show how “philosophers don’t think in isolation” but rather “draw from their peers’ work to make their own contribution, creating a web of ideas,” here’s how: 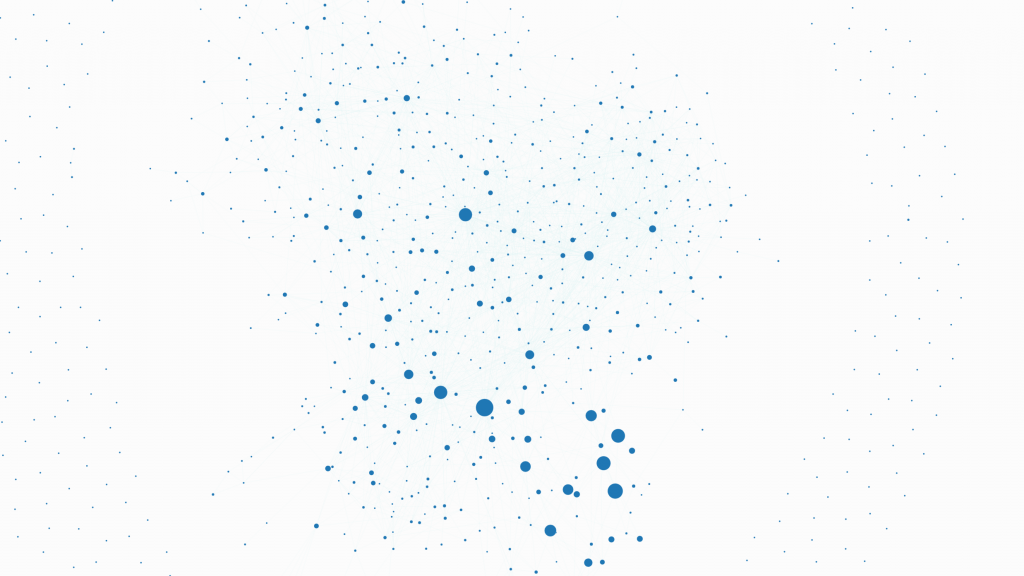 That doesn’t tell us much, but each of those blue dots is a philosopher, and you can click on any of them to see to whom else they’re connected in Wikipedia, and to see a preview of their Wikipedia page. For example: 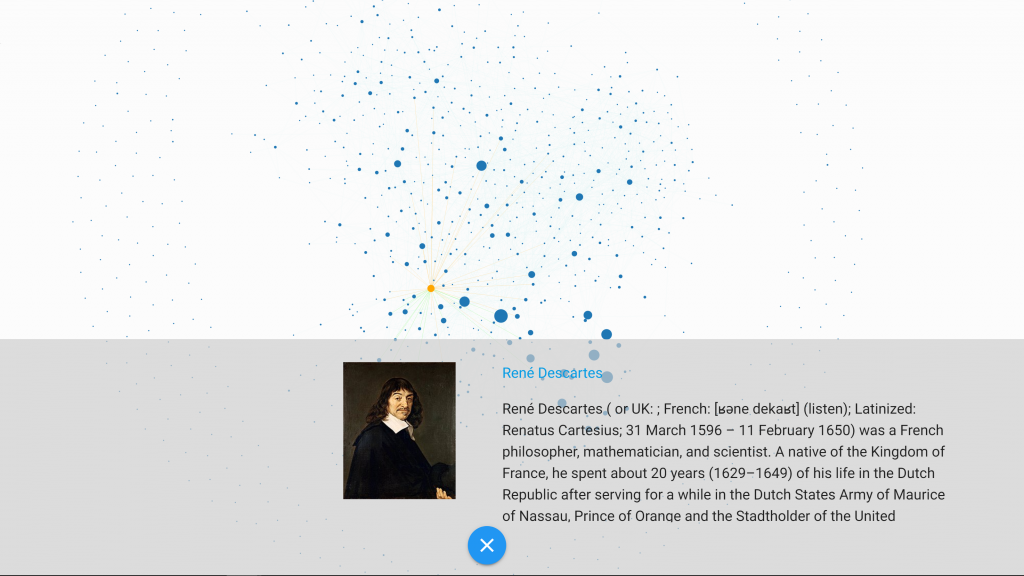 If you make use of the “clip to timeline” feature, the visualization shows the philosophers’ position in history. The gold dot is Descartes: 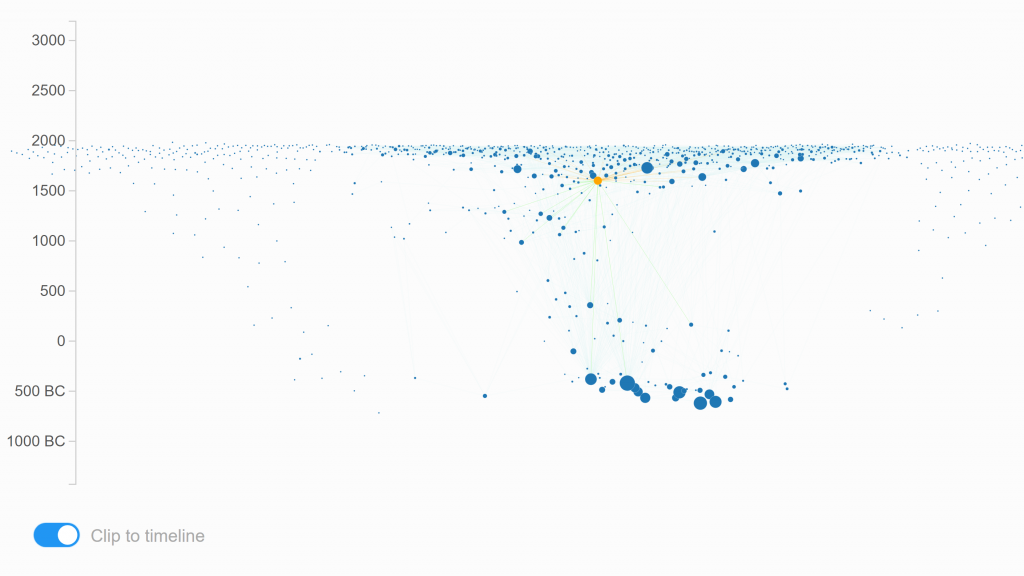 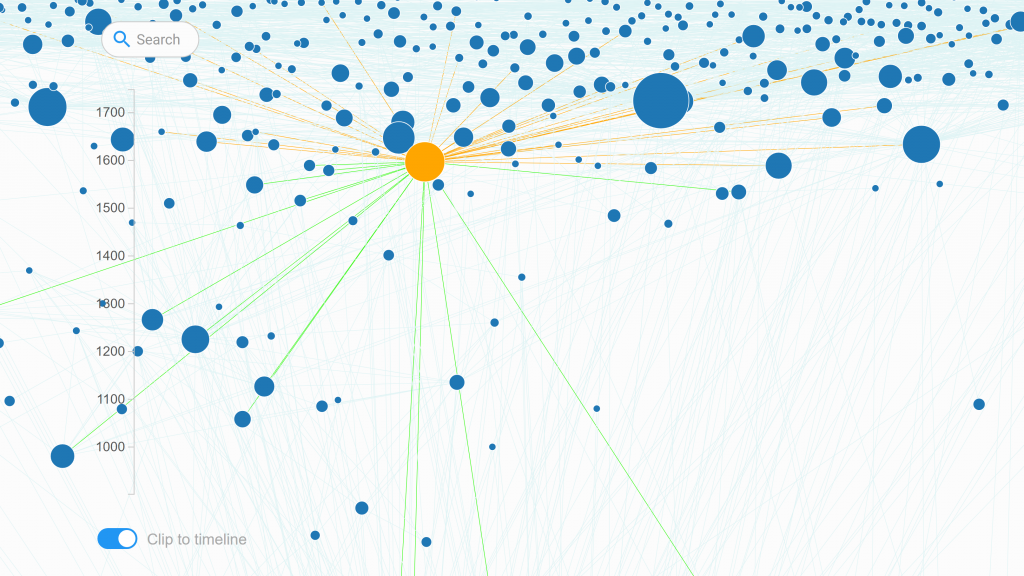 You can also search for names, with results indicated on the visualization with red dots.

The creator, who goes by S4N0I on GitHub, calls the project “The School of Athens,” and writes:

You can learn more about how they put together the project here.

Try it out below or, perhaps a little more easily, here.

P.S. In case you didn’t know, clicking on the first (non-parenthesized, non-italicized) link in the main text of nearly any Wikipedia article, and then repeating the process for subsequent articles, usually will eventually bring you to Wikipedia’s main Philosophy article. (Wikipedia has its own page about this.)