Devon Belcher, who until recently was associate professor of philosophy at Oglethorpe University, has died. 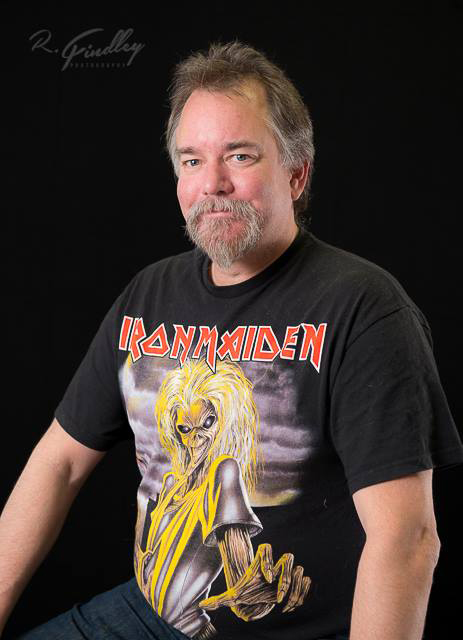 Dr. Devon Belcher passed away on Monday, September 14, 2020. Until recently, he taught at Oglethorpe University, in Atlanta, Georgia. He taught in philosophy and in their core humanities program since 2008, beginning as an Assistant Professor and then as a tenured Associate Professor.

Dr. Belcher earned a B.A. in Philosophy from Reed College and his Ph.D. from the University of Colorado in 2005 with a dissertation “On Words: An Essay on Beliefs, Belief Attributions, and the Ontology of Words.”

In 2013, he won his University’s Award for Meritorious Teaching. He taught and inspired students to love logic, the more technical aspects of philosophy of language and metaphysics, as well as the classics of literature and the history of science. He saw students as equals in terms of their being honest, sincere, and dedicated truth-seekers, earning their admiration and respect and, with many, their friendship and love.

Devon was a unique person, with a larger than life personality. He described learning philosophy as “learning to piss people off,” loved heavy metal music, and had a unique fascination with squirrels, pirates, and Norse mythology and Vikings. These traits endeared him to many and, like Socrates, repelled him from others.

Devon was a valued member and moderator in my FB Group, “Voices Against Trump”. He is the source of one of the questions we use to screen new members for bots and russian agents that we unfortunately get too many of. His question: “Who has the better beard: Marx or Siszek?” Most, including me say “WTF? Who’s ‘Siszek’? But it has been very effective. His tireless devotion to our group will be sorely missed.Report

Never had more fun than running an honors seminar with Devon in which we read Dune. He’s one of a kind.Report

Devon Belcher was one of the most likable individuals that I have known. He was very lively and enthusiastic; he was straightforward and non-neurotic; he was open, warm, and friendly, and with a great sense of humor. He was a terrific colleague, with whom I very much enjoyed talking about many issues, philosophical and otherwise.

Devon was also a great teacher who was very concerned about how his students were doing. Once, for example, he had a student who seemed highly intelligent and very promising, but who seemed to lack confidence in her own abilities. Devon encouraged her to talk to me about the possibility of doing some independent work in metaphysics, and she wound up doing an outstanding honors thesis with me in metaphysics. She then went on to do a Ph.D. at a university with a first-rate graduate program in philosophy, and she is now a member of the profession. Without Devon’s encouragement, I think that this might very well not have happened.Report

Devon was one of the good guys – one of the people who helped me out when I was a lost and immature graduate student starting out in the PhD program at CU Boulder. While Devon was a serious philosopher of language and metaphysician, he also had a deep appreciation for the history of philosophy and proper respect for the a priori.

Devon’s open-source, free to use, logic textbook, Smoove Prooves, deserves special recognition. It is a clear (and entertaining) introduction to propositional logic, making a Fitch-style system of natural deduction easy for students to understand.

Devon will be missed; but, as long as I am teaching logic, his legacy will live on through Albert the Pirate Squirrel sailing the high seas of natural deduction.Report

I am heartbroken to read of Devon’s death. I knew him at Reed and was captivated by his humor, intellect, and kindness. I’m grateful that he had a successful career sharing his many gifts to countless students over the years and left an indelible mark on the lives of so many. The world is a poorer place for his absence.Report

I am very saddened by this news. Devon was my TA in a Logic class in CU at Boulder in the late 90s. We were experimenting with an early release of Barwise and Etchemendy’s *Language, Proof, and Logic*. Devon made the whole learning experience a complete blast. I have such fond memories of that class. For the students in Oglethorpe University who had the privilege of learning from him, count yourself lucky!Report

I knew Devon when I was an undergraduate at the University of Colorado. I took an introductory course to Modern Philosophy with him. In hindsight, encountering Devon when I did was decisive in becoming a philosophy major—I signed up at the end of the semester. I would encounter Devon two more times—for a more advanced course in Modern Philosophy, and more significantly, for Symbolic Logic.

The first day of Symbolic Logic, I sat down and asked the girl next to me: so, what exactly is this class about? She explained that it had something to do with the structure of arguments and I nodded, and then she breathed to herself, “I’m taking it for the third time.” Yikes! It was a required course to graduate, and little did I know that it was infamous in the department as one of the most difficult classes on offer. As a discipline, philosophy attracts a motley crew. Humanities majors tends to be creative and introspective, the hard sciences attracts people who are more rigorous and analytical. Philosophy sits between these two poles, and as such, appeals to both types of students. A course like Symbolic Logic leans heavily into more analytical thinking, and being the woebegone poetic that I was, I was immediately lost. Along with about half the class.

I am not exaggerating when I say that I would not have passed that class if it had not been for Devon Belcher, and that is most likely true for many of the students there. Almost every day after classes ended, we would gather in the basement of Hellems and shuffle into a secret library of the philosophy department, and for hours Devon would tutor us in Symbolic Logic—going over proofs, giving examples, answering questions, and challenging us with more proofs. He would take a break while we got dinner (and he worked out with his weight-lifting partner) and then went back to the basement to grind some more. This process was repeated multiple times a week throughout the semester. We all understood that Devon was going way above and beyond what any teacher could possibly be expected to do. I personally felt guilty for monopolizing so much of his free time. But he didn’t seem to mind.

At the end of the semester I received the most well-earned and satisfactory B of my life, and I bought him a pint of Guinness as a “thank you” for his extraordinary efforts. Learning philosophy was a bit like finding the keys that could unlock the mind—it was learning the language by which truth could be spoken. It was a challenge for me, and often grueling work which required great effort—it’s never easy to develop a new way of thinking. To truly learn philosophy, in my opinion, much of this work has to happen with another person, someone to prod and question and challenge you at the precise moment you think you have the answer. And I was very lucky that person was Devon Belcher. Not only a brilliant mind, but a good and kind person, and as much as it was possible for an instructor and student 15 years his junior, something of a friend. At least that’s how I always thought of him.

I was heartbroken to learn of his passing. But I was elated to learn, almost simultaneously, that he actually finished his logic textbook! During the long sessions in the basement, he came to appreciate how difficult it was teaching this subject and said that he was working on a new, better textbook. Much of what he taught us, about how to approach proofs, were methods he devised himself—and I have no idea how I could have done it without those methods, in particular the Tripartite Strategery, named after a malapropism attributed to George W Bush but was actually from Will Ferrell’s impression of him on SNL. Fun fact, the original title of the book was “Ann Coulter, I Smite Thee,” named after the conservative pundit who, in Devon’s opinion, needed a few lessons in logic.

Today, I’m a long way from the secret library in the basement of Hellems, or even the philosophy profession. Alas, I am now an economist now. I still benefit from philosophy, if only because it quiets my mind to know there are things of which we can be certain, and things of which we cannot. As the year slows down, and I have a bit of leisure time, I will be printing out his textbook “Smoove Proves” and reading it, to see how much I can remember, how much I still know, or if any of it makes more sense now. I was never his best student, but he made the experience so enjoyable that I was always willing to put in the effort to learn more—after all, he was always willing to put in the effort to teach more. Thank you, Devon. I’ve studied many disciplines with many brilliant people, but at the collegiate level, you are still the best teacher I ever had. Report

Thanks for sharing your wonderful Devonisms. I will treasure ‘Weight-lifting dinner break’ & ‘Ann Coulter, I Smite Thee’ in the same place I hold Devon’s ‘Encirclement & Excorcise-ment by the Women’s Center’ & ‘Sunny-day Streaking’.Report