The following guest post* is by Barry Lam, associate professor and chair of philosophy at Vassar College, and the creator and host of the Slate philosophy podcast Hi-Phi Nation (@HiPhiNation).

This post is the seventh installment in the “Philosophy of Popular Philosophy” series, edited by Aaron James Wendland (@ajwendland), a philosopher at the Higher School of Economics in Moscow. 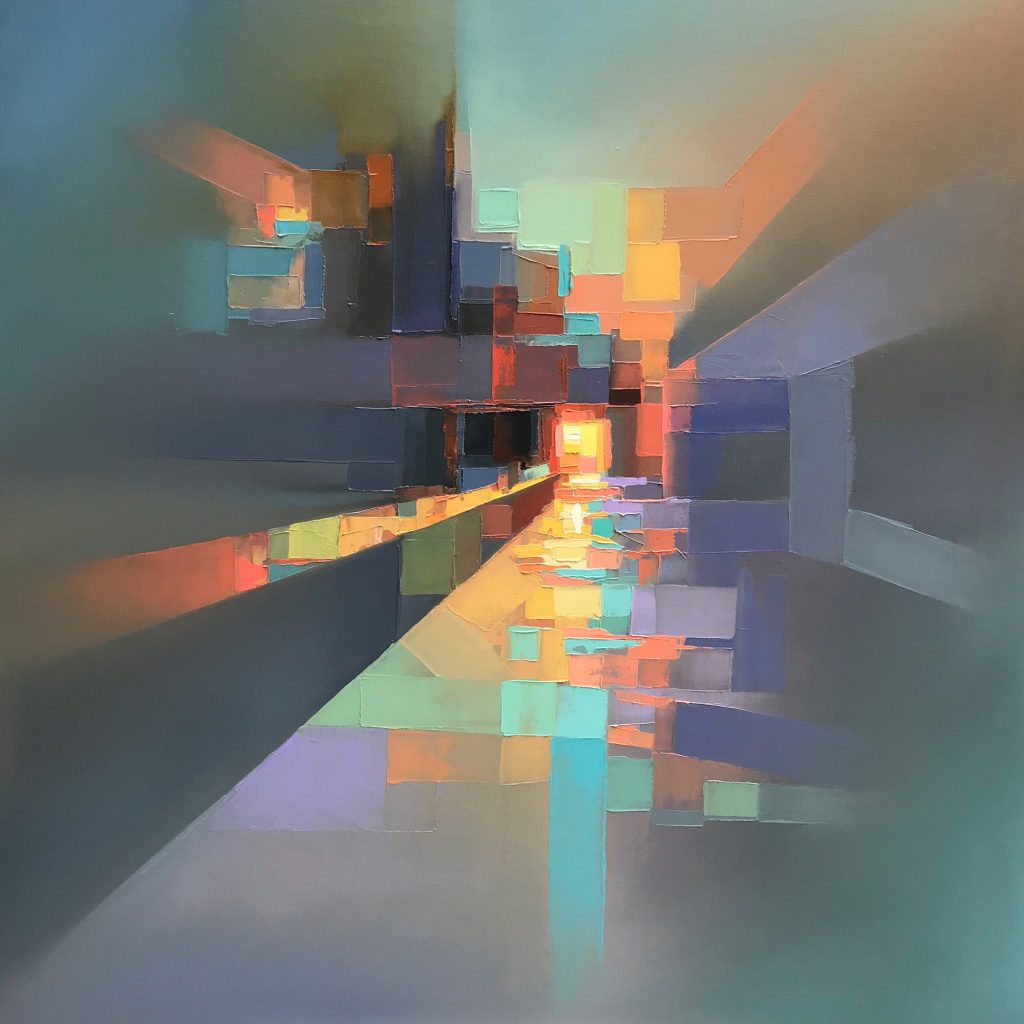 After my friend CH got his first tenure-track job in philosophy, he found himself with a “bourgeois longing” for a nice hi-fidelity stereo system. He didn’t want to listen to music any longer on a cheap boombox. So, he went to the nicer local electronics store and asked the clerk to walk him through various amplifiers, speakers, CD and record players, and so forth. Toward the end of the purchase, in what was sure to be a hefty bill, the one item that bothered CH was the price of the speaker wire.

“Is it really necessary for me to pay $50 for speaker wire?” CH asked the clerk.
“Well”, the clerk said, “I have this $5 speaker wire I could sell to you. Let me change the wires out and you can see if you hear a difference.”
The clerk proceeded to insert the cheaper wire into banana clips and ran it from the same model amplifier to the same model speakers for a side-by-side comparison with the thick-gauge, $50 copper wires.
“I don’t hear any difference,” CH reported.
“Okay, let’s stop it. We’ll go from one to the other again. We’ll try different songs, voice, different ranges of music and see if you can tell the difference.”
After many minutes of close listening among a range of other options, CH confirmed that he could hear no difference whatsoever between the $5 and $50 speaker wire.
“All right that settles it then,” said the clerk.
“Right of course,” said CH, “I’ll take the $50 speaker wire.”

I’ve told this story to my students and colleagues many times, because it’s a great story. I even asked CH to record it on tape, and I plan to use it one day on the right episode of my philosophy-through-storytelling podcast: Hi-Phi Nation.

CH’s story is a great story not because it is exciting, or dramatic, or even funny. The stakes in the story are not at all high, it is a matter of saving $45. The conflict is not particularly exciting; will he buy one or the other speaker wire? Still, I love the story because it exhibits the power of storytelling. Once you start on it, you want to know what happens next, even with a low stakes conflict. And once I present CH’s decision, the surprise of it generates a desire to know why.

Yet before I explain the reasoning behind CH’s decision, let me present to you a different way I could have started this column. You’re going to have to pretend you are coming to this article with fresh eyes, having not read any of the story I just presented.

You see, CH immediately worried about being victim to sorites-like reasoning. The fact that he couldn’t tell the difference between $5 and $50 speaker wire did not speak to the fact that there was no qualitative difference between the two. If he were to purchase the $5 speaker wire, what principle would prevent him from purchasing the slightly cheaper speakers that sounded the same to him? And then also the slightly cheaper amplifier, and then the even cheaper amplifier, and eventually he would be forced to admit that his $35 boombox was good enough all along! No, the bourgeois longings were calling, and he would not be denied a nice hi-fidelity stereo system on account of fallacious thinking arising from perceptual indiscriminability.

So here we have two openings raising the same philosophical issue, one written in story-form, the other written in academic-form. One of these openings targets a public audience, the other targets peer researchers. The peer-facing piece seeks to describe an issue with full generality, and therefore makes liberal uses of variables and subscripts. The public-facing piece presents an anecdote and a sequence of events that happened in the world with a surprising twist, a twist that raises an expectation and desire to know, a desire for a resolution. Both openings are about the same issue, but curate the experience of thinking about that issue differently. They are, in effect, different genres of nonfiction engineered for different purposes but nonetheless on the same topic.

It isn’t typical to characterize philosophical writing and speaking as a genre of nonfiction, but it is. And as a genre, it is not only characterized by its topic, choice, and writing style, but also its design. Style refers to the particular choice of word or sentence structure, the use of plain versus technical language, the introduction of drama, humor, or figurative language, and other subtleties we may use to distinguish “good writers” from “bad writers.” Design, on the other hand, means the basic engineering of a philosophical piece, what the writer would like the piece to do.

As a species of academic writing, much of philosophy is characterized as a genre engineered for epistemic justification, not for engagement, entertainment, and most certainly not for the task of holding the attention of an arbitrary reader. As Michael Lewis writes, the author of an academic paper is trying to survive its readers, not bring them joy. Surviving the reader means that every matter of misrepresentation, uncharitable reading, or objection, must be anticipated and alleviated. The biggest flaw of a piece of peer-facing philosophy is that its key idea is poorly supported.

Of course, all nonfiction aims to communicate some kind of idea, and by virtue of it being nonfiction it does so by using language in a way that is primarily literal and representative of something in the world. Yet in contrast to academic nonfiction designed around epistemic support, there are other forms whose design is nothing of the sort.

Narrative nonfiction, for instance, is not engineered primarily to survive the epistemic scrutiny of its readers, but rather to engage them and hold their attention for a duration of time in order to tell them a story whose character, plot, conflict, and resolution gives them some insight into something, whether it is the human condition, the reality of certain scientific postulations, or the supernatural. Given these constitutive aims, the design features that make for good academic philosophy might make for terrible public philosophy. Justifying a point against a knowledgeable but hostile audience demands all matters of things, objections to objections to objections, multiplying labels for positions in logical space, and so on. Needless to say, these academic devices may be antithetical to the primary public goal of sustaining attention over time for those who are not antecedently invested in the topic.

When it comes to public philosophy, we should look to the design principles of essentially temporal forms of expression, like music. In music, you sustain attention over time by raising tension to set up the mind to desire a resolution, and eventually to provide it at the end. Cognitive scientists call this “need to know”, something that can be generalized as “need to resolve.” C major to F major to G7 sets up tension requiring a resolution to C.  In narrative storytelling, ruling out the butler and the cook sets up the professor as the murderer, creating a tension as to the confrontation that must happen in the next act. This is why so many people stay tuned until after the commercial break.

Philosophy designed for such purposes will take engagement, attention-holding, tension-creation, and resolution as central to its construction, with epistemic justification of secondary importance. Unlike in academic writing, narrative writing does not anticipate that its reader starts with disbelief and requires persuading, but rather suspends disbelief with faith that you are taking her to a place worth going.

Moreover, when you write in the narrative style, the journey along the way to the ultimate philosophical insight is one the reader feels compelled to take with you, as you continually generate a need to know, or a desire for resolution. For example, in Season 2 of Hi-Phi Nation, I found Barbro Karlen, who told me the story of her childhood memories of having been the reincarnation of Anne Frank, only to one day as an adult face Frank’s only living cousin and trustee of The Anne Frank Foundation. Rather than excoriate her for being an imposter, the cousin verified to her that she had to be Anne Frank reborn. I didn’t raise Barbro’s story as a target for belief or disbelief, making a case for the truth or falsity of an afterlife. Instead, the story served to raise and sustain attention for a philosophical discussion about the role of memories in the persistence of the self and the prospects for mind-body dualism.

The pursuit of truth and the pursuit of a good quality story should not be as conflicted as it is presented, with academics skewering journalists with charges of butchering their research in the interest of selling books and magazines, and journalists charging academics with preoccupations so subtle and nuanced that they become arcane, with no one but their 20 peers understanding or caring about their work.

With that said, I think academics are in a better position than journalists for producing good public-facing philosophy. It is a lot easier for us to learn about the design-principles that make for great non-fiction writing than for them to acquire our subject-matter expertise. When academics take control of the narrative, and learn to curate the experience of their work for engagement rather than simply argue their way to professional success, we have the opportunity to create a whole new genre of nonfiction for print, audio, and video that will propel our visibility in the public sphere.