To whom are we as philosophers speaking and responding; whom do we judge as being worthy of dialogue and, hopefully, our intellectual contributions?

The following guest post* is by Angela Potochnik, professor of philosophy and director of the Center for Engagement with Science at the University of Cincinnati. 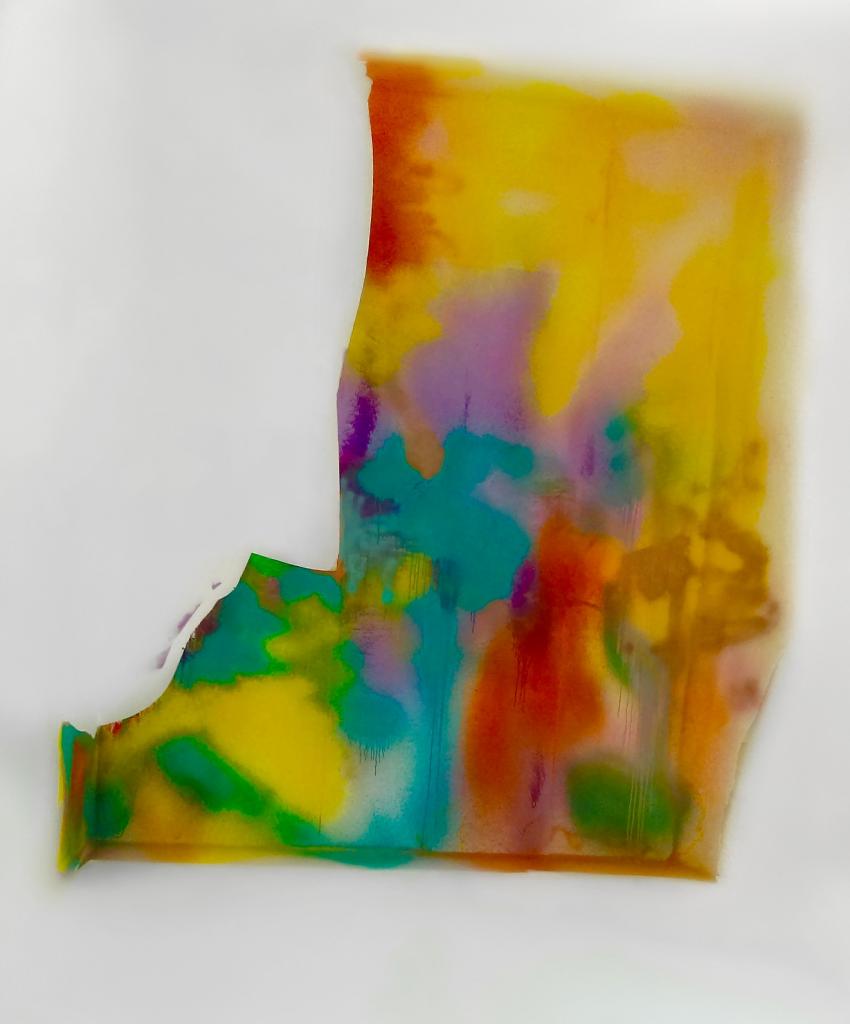 [Marie Brenneis, “Beyond the Frame”]

Toward a More Expansive Conception of Philosophy
by Angela Potochnik

We all know it is an increasingly vexed time for academia, perhaps especially for the humanities. Some philosophy departments are being trimmed and even closing. Theories on why academia in general and the humanities in particular are in peril abound, as do ideas for how to respond. In this post, I want to describe one type of response to this situation.

In brief, I believe significant mitigation can be achieved by embracing an expansive view of what philosophy training should include and what it should prepare you for. What I have in mind is sometimes thought to be capitulating to administrative and political forces, compromising the nature of philosophy in the process. But, done well, I think this expansion of our conception of philosophy, its interlocuters and its training, only enriches the practice and profession of philosophy.

I will use as a case study developments that have occurred at my home institution of University of Cincinnati. I think our department has done some interesting things on this front, and besides that, this is simply the example about which I know the most. But, of course, we have no special claim on this strategy, and we have a lot to learn from other departments and initiatives in philosophy. I hope to hear from others in the comments below with their examples of strategies and successes, as well as pitfalls and roadblocks.

The Philosophy of Science Association has just announced that its Executive Office will move to the University of Cincinnati (UC). UC and PSA are now advertising for someone to serve as the new Executive Director of the PSA; in contrast to past PSA Executive Directors, this will be a staff position rather than faculty. (Please share the job ad with anyone who might want to apply!) The majority of the position will be devoted to directing the PSA, with the remainder in service to UC’s young Center for Public Engagement with Science. The PSA Office will additionally be supported by an annual appointment of a Graduate Student Intern to serve as PSA Assistant Director, as well as undergraduate philosophy interns, who may take on special projects for the PSA.

This is a development that is at once supported by and contributes to related work that has been underway for some time. First, for decades the UC Philosophy Department has cultivated a focus on philosophy of science broadly construed, and many of our faculty collaborate actively with scientists from biology and psychology to speech pathology and environmental engineering. Our PhD program offers a ‘Philosophy and the Sciences’ degree track that about half of our PhD students pursue, which requires several science graduate courses. Our graduate students are welcomed into graduate courses in other programs across the university, including Biology, Classics, Economics, Geology, Psychology, Neuroscience, Women’s, Gender, and Sexuality Studies, and more. What is more, graduate students from such other disciplines find their way into our graduate philosophy seminars as well.

These interdisciplinary connections support both our PhD Program and our graduates’ outcomes. Our PhD students have gone on not only to academic positions in philosophy departments, but also psychology departments, environmental studies programs, and even to do related work outside of academia, such as biotech.

Besides this expansive view of the academic boundaries of philosophy, we have more recently explicitly cultivated a focus on public engagement. One notable example is the recent Center for Public Engagement with Science. This Center works to expand and enrich the interface between science and the public to benefit all stakeholders. It is an interdisciplinary initiative, but one with philosophers at the table because we are setting the table, so to speak. And in my opinion, it is much better and more effective for this kind of initiative to be a bottom-up, faculty-driven effort on a shoestring rather than a top-down mandate with dollars attached but an unclear vision. The Center for Public Engagement with Science is poised to be a good partner for the PSA, as in the past years, the PSA has renewed its focus on mentoring early career scholars, outreach to the public, and connection to other disciplines, especially the sciences.

It’s worth me saying this baldly: The Center for Public Engagement with Science would not exist if my department weren’t ready to accept this as the work of philosophy faculty and reward it as such. Indeed, the UC philosophy faculty revised our tenure and promotion requirements some years back to explicitly count public-facing activities toward tenure and promotion. I do not take this for granted. In contrast, the chair of another department once told me that something like this center wouldn’t be held against me if it didn’t interfere with my real work.

All of this is to say that my department has a proud tradition of resisting boundary policing, be they boundaries between philosophy and other disciplines or boundaries between proper academic/philosophical research and activities with broader reach. Other examples include the development in the past few years of humanities-wide graduate course offerings in public outreach and professional opportunities beyond academia, including paid internship opportunities tailored to the needs and skills of humanities PhD students (working with University of Cincinnati Press, as well as local museums and libraries). At the undergraduate level, philosophy courses are often cross listed with other disciplines and satisfy general education requirements well beyond humanities and ethics; our intro course How Science Works satisfies natural sciences and quantitative reasoning gen ed requirements. The department also houses an interdisciplinary Cognitive Studies major.

I have focused on an expansive conception of philosophy training as including interdisciplinary endeavors and public engagement. There are other things an expansive conception of philosophy might involve that I have not addressed. One is crucially important: Philosophy only grows stronger by including and addressing thinkers and intellectual traditions beyond those traditionally centered in the Western European tradition. I have less to say here; our department has more work still to do on this front.

This discussion emphasizes initiatives that have had practical benefit to our department, undergraduate and graduate programs, and graduates. But none of this is pandering to the administration or giving up the fight for philosophy and humanities unsullied by crass commercialism. Rather, even as initiatives like these have practical benefits, they also contribute to the development of a richer notion of what philosophy is.

To whom are we as philosophers speaking and responding; whom do we judge as being worthy of dialogue and, hopefully, our intellectual contributions? Narrowly philosophers, or other intellectuals, like scientists? What about discourse beyond academia? And relatedly, what do we see as valid outcomes for philosophy training? Are Philosophy PhDs employed outside philosophy and even the academy irrelevant, a happy accident, or a desired end? In my view, the more broadly we define the community and relevance of philosophy the better. The roots of philosophical inquiry are much older than professional philosophy, and there’s much to gain by loosening the profession’s boundaries.