Philosophy has had turns on television talk shows, sitcoms, and sci-fi dramas, but a recent news item might prompt thoughts of the possibility of a philosophy-themed reality-TV show.

According to Page Six, Ms. Portwood said, “I believe that educating yourself is the number one thing to help you grow and move forward… So I’m really into philosophers and philosophy right now.” Her favorite philosopher is Epictetus.

Reality television is one of the medium’s most popular genres. Could it be a new direction for public philosophy? As Epictetus could have said, strike while the iron is hot. Now is the time for you to pitch your idea for a philosophy reality television show. 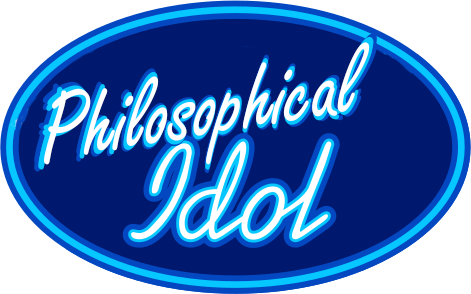 *The Apprentice Adjunct*: a dozen NYU adjuncts share bills, neuroses, and bodily fluids in an open plan, sixth-story walkup loft in Astoria, while competing for a coveted tenure track job. Volatile department chair famous for pronouncing “you’re fired!”, thinning the herd as the show progresses – and bonding increases, with more privacy and pressure in the loft.Report

*I’ve seen this one—it’s a hoot!Report

‘The Simple Life,’ in which a tenured professor is forced to work as an adjunct and survive on an adjunct salary for a semester.Report

I thought I read somewhere about an Eleatic-themed show in the works, “Changing Places” or something like that, but they couldn’t get the first half of the season finished.Report

*Rabbit-Duck Dynasty*: Wittgenstein scholars compete with fireplace pokers to convince Popperian judge that theirs is the sole correct interpretation.Report

*The Philosophers’ Office*, starting Steve Carell. Mostly centers around department meetings. “Corporate” shows up sometimes, as a dean. First season is about contingency planning for COVID-19. It’d be hysterical.Report

Jon – I would definitely watch that – a great idea! Personally I would want to see a Shark Tank/Dragon’s Den kind of a show where desperate philosophers pitch papers and projects to a vicious group of second referees in the hope of getting published.Report

‘Philosophy Intervention,’ in which concerned family members intervene to prevent their loved one from pursuing a career in philosophy.Report

*Alvin Plantinga Thanksgiving*: Centers around Plantinga and the return of the son of the great pumpkin.Report

“Incorrigible Wars” where philosophers bid against one another on discarded self-contained arguments that touted themselves as proofs. Winners attempt to redeem them, often to find by more professional assessors that they are worthless.Report

I feel like Jeopardy! was made for philosophy. We have lots of topics to choose from and we are great at coming up with questions for every answer.Report

Hoarders could also work with a focus on books collected (whether purchased, donated, or never returned to the library)Report

How about “Who Wants To Be A Millian?”Report

Nathan Salmon beat us to it – see his 1989 paper ‘How to Become a Millian Heir’!Report

Thought Experiments in the Real World:

Episode 1:
(a) Invite Singer to a fancy suit shop and gift him a new suit of his choice. Have a child pretending to drown in a shallow pond as Singer leaves the shop.

(b) Interview Gettier for a job he’s told he’s guaranteed to get, but then give it someone else who has the same number of coins in their pocket.

(c) Invite Thomson to give a lecture and them place a seemingly rapidly growing baby in the room.

(d) Invite Kamm and Norcross to the opening of a new railroad station. Take Kamm to a lever that, if pulled, would switch the train track to “run” over one person (who’s a plant) instead of five . Take Norcross to an overpass with one of his friends (who’s in on it and so also a plant) as a train is about to “run” over five strangers.Report

“The Meta Factor”. Invite philosophy professors to compete in weekly shows where they have to produce songs resuming their favorite philosophical theory/author, and play them. Randomly impose them to follow the rules of various musical genres – hip hop, rock, metal, folk etc.Report

Epistemology Swap. Two philosophers with radically different perspectives live with one another’s fundamental frameworks about truth and knowledge for a week, and see what it teaches them about their relationships and what really matters.Report