John Swallow, the president of Carthage College, a liberal arts college in Wisconsin that bills itself as “widely recognized for excellence,” has announced an academic restructuring plan that eliminates the school’s Department of Philosophy and, possibly, its philosophy major and minor. 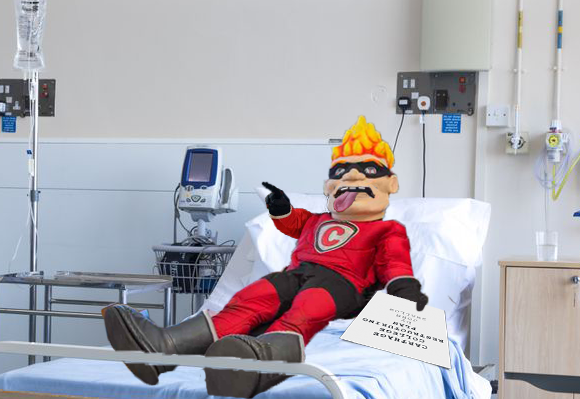 Carthage College mascot Torchie, who symbolizes the flame of knowledge.

While course offerings and majors for most of these areas would not be substantially affected, the plan specifically notes that “possible exceptions” to this include the majors in Classics, Philosophy, and Great Ideas.

If the plan is enacted, 10-20% of the full-time faculty at the school would lose their jobs—including tenured faculty.

The reason Swallow offers for the plan is financial: he identifies flat enrollment in conjunction with the hiring of 20 new faculty over the past seven years as the main problem. Left unstated in the proposal: how many administrators have been hired during that time. The more than $100 million endowment does not get a mention, either.

If approved by the college’s Board of Trustees, the plan would take effect beginning this Fall.

A petition has been launched opposing the plan. It begins:

The heart of Carthage College’s mission statement is: Seeking Truth, Building Strength, Inspiring Service—Together. The recent “restructuring” of the college recommended by President John Swallow will undermine each of these goals.

You can read and sign the petition here, and visit this page, which lists activities aimed at protesting the plan and presents documents written in support of the targeted departments.

[Note: this post was updated to indicate that the positions threatened include tenured faculty.]

It is a little bizarre that the school mascot is depicted in a hospital room.
Is Torchie on life support? An apt metaphor.

By the way, often money from endowments is not fungible in a way that would allow dipping into them for various (desirable) purposes. I don’t know what is the case at Carthage.Report

Money can be donated with “specific restrictions” on it’s use for day to day operations and expenses or to raise salaries, where the money is spent and gone forever.
Money can be directed to departments,etc., for program development or to the “general use fund,” OR UNRESTRICTED USE.
“General use” is unrestricted and the decision of the Trustees. Consult attorneys, tax accountants, financial advisors etc.,for the many additional ways to donate money, items of value, art,etc. to meet donors needs and intentions. “This is Not Legal Advice.”Report

Has he run this plan by the department of great ideas?Report

Not a good outcome: