Justin Reppert, a philosophy Ph.D. student at Fordham University, has created a fun tool that illustrates the connections between various philosophical topics, based on the “related links” sections of articles at the Stanford Encyclopedia of Philosophy.

“Philosophical Graphiti” charts the shortest paths of such links between two topics. Enter in two topics (as you begin to type suggestions to choose from show up in a window), and the result is a constellation of connections.

For example, here are the paths from “supererogation” to “neoplatonism”, each with 4 steps along the way: 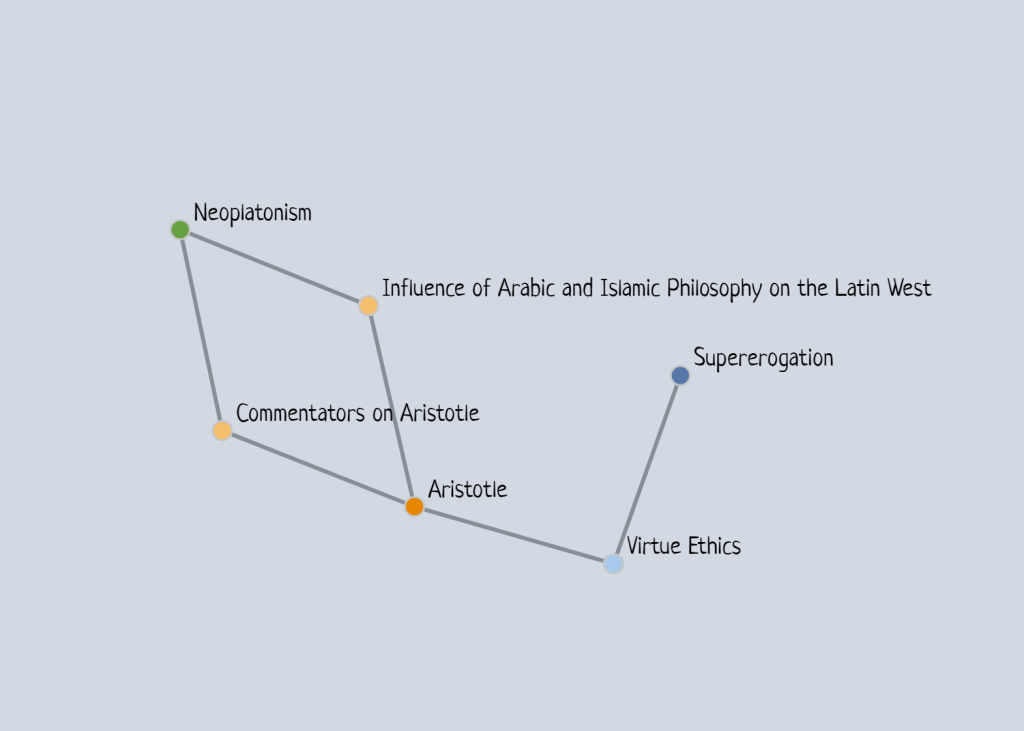 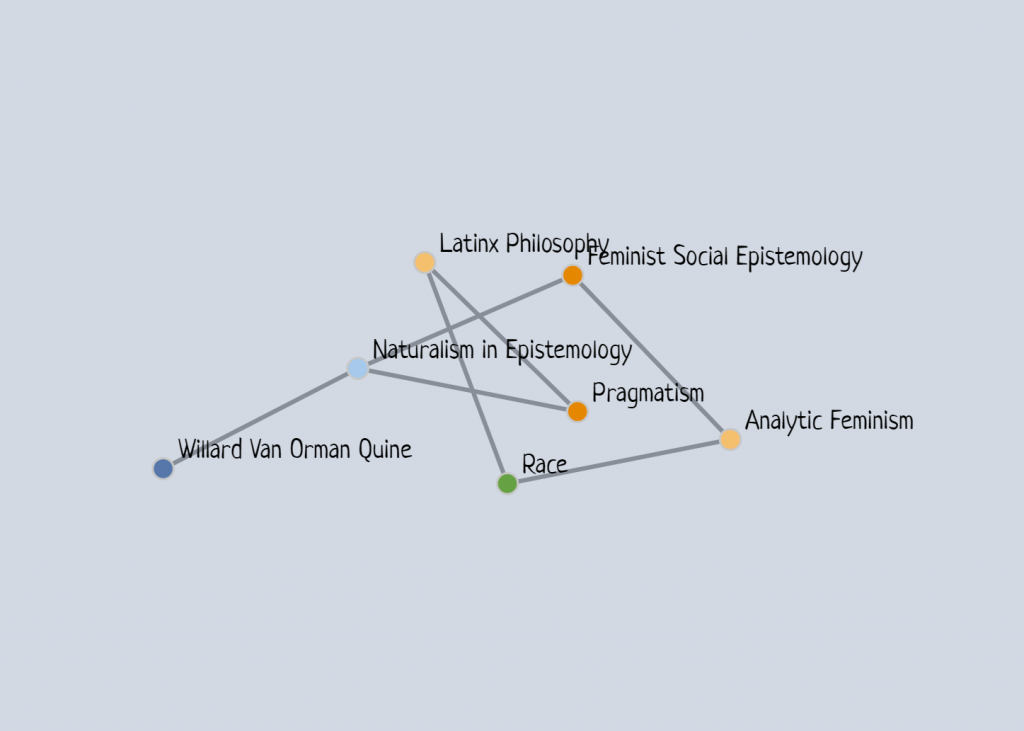 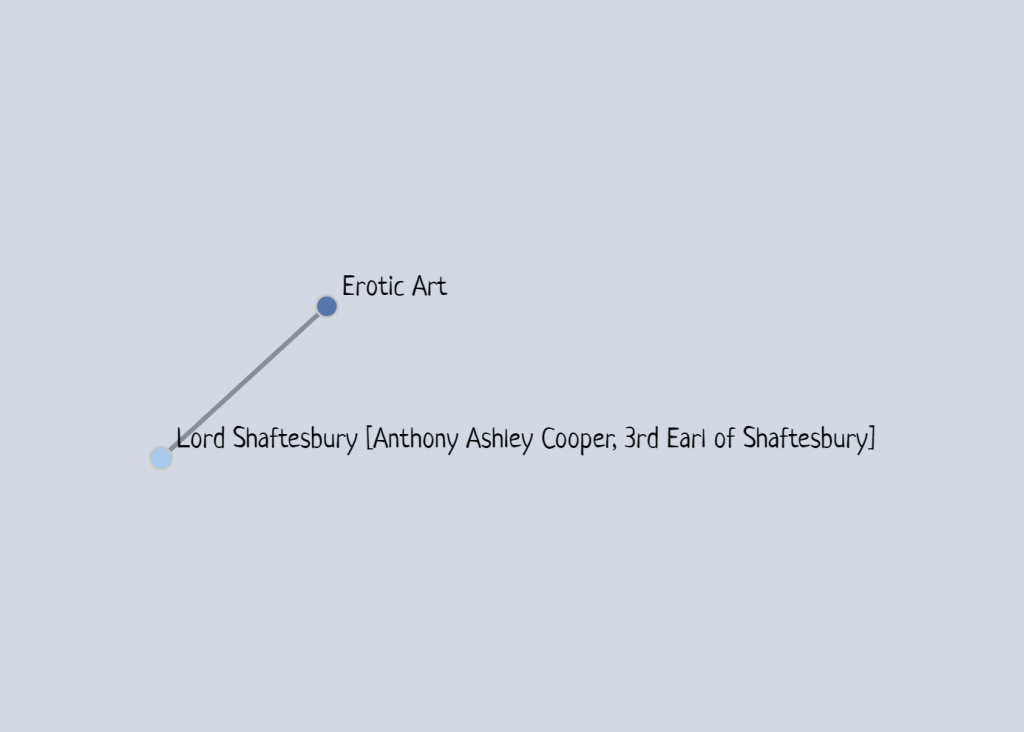 I have to say I was not expecting that.

You can have some fun with Philosophical Graphiti yourself here.

Related: “New Map of SEP Based on Reciprocated Entries” and a variety of posts on philosophical visualizations.