David Hugh Mellor (known as D.H. or Hugh Mellor), professor emeritus of philosophy at the University of Cambridge, has died. 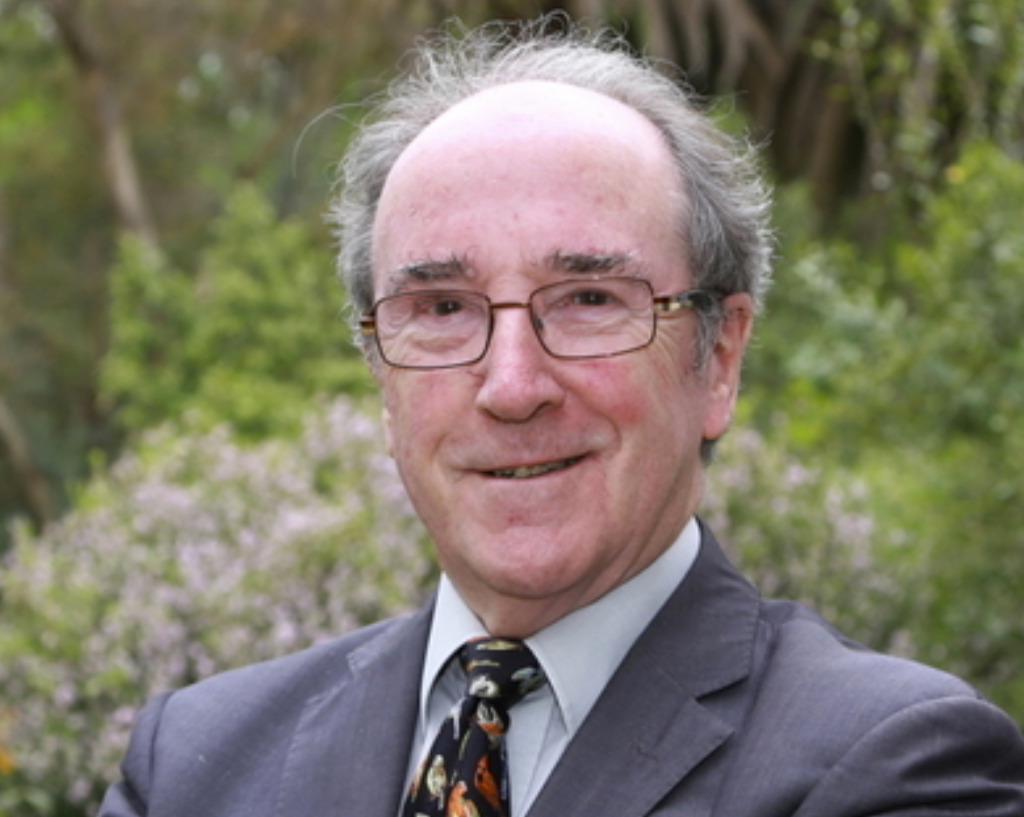 Professor Mellor was well-known for his work in metaphysics, writing about time, causation, properties, probability, and other subjects. You can explore his writings here.

He earned his Ph.D. in philosophy at Cambridge in 1968 and was a professor there from 1971 until his retirement in 2005. He had initially studied chemical engineering before moving into philosophy.

In a 2015 essay, “Artists and Engineers“, Professor Mellor defended the study of the humanities against those who think it of little value in comparison to the sciences. He writes:

A thing’s instrumental value itself depends by definition on the intrinsic value of the end to which it’s a means… So science’s usefulness will only make it more valuable than the humanities if the intrinsic value of its applications exceeds that of the humanities and their applications… The value of greater longevity [owed to scientific discoveries], for example, depends on whether longer lives go well, which not all do, since, for more and more of us, a growing proportion of our lengthening lives, the

…Last scene of all,
That ends this strange eventful history,
Is second childishness and mere oblivion,
Sans teeth, sans eyes, sans taste, sans everything (Jaques, As You Like It, Act 2, Scene 7).

Against this, though, we must set the vast increase in human health, and consequent reduction in human suffering, caused in the last two centuries by the use of scientific discoveries to improve agriculture, public health and medicine. Our ability to meet these undeniably valuable universal needs and wants was certainly enabled by those scientific discoveries.

But that these benefits, while still far from universal, are as widespread as they are, is due not to science but to social developments, like the end of slavery, the protection of children, the spread of education, democracy and the rule of law, respect for human rights, fair and honest trade, and so on. These are products of developments not in science but in the humanities: in ethics, economics, social, political and legal theory—and in the arts, as in novels, like Charles Dickens’ Nicholas Nickleby, whose public impact destroyed schools like its dreadful Dotheboys Hall. Where the humanities go wrong, so do the applications of science: to war instead of peace; to poverty instead of plenty; to the curtailment of liberty; to increased sexual, racial and religious discrimination; and so on.

A great loss. I remember meeting him in 2011 or 2012 and being very impressed, even though that was before I became interested in the philosophy of probability. From the perspective of a masters student, he was friendly and encouraging, yet also extraordinarily intelligent and knowledgeable. That’s a very exciting combination when you still feel like an outsider to the world of philosophy.

He made an original mark on the interpretations of probability and he was also great at expositing and critiquing alternative views. I highly recommend his work in this area.Report

So sorry to hear this. Hugh supervised my PhD, which was a defence of anti-realism about the future. The arguments I advanced were ones with which Hugh was (to put it no more strongly) unsympathetic. He was nevertheless personally supportive, and always a generous, engaging and witty companion. Hugh was sternly uncompromising in his supervisory role, about which he quoted his own PhD supervisor, Mary Hesse, who said that the role of an academic supervisor in philosophy is “to test a student’s arguments to destruction”. That he did on numerous occasions and I spent many hours contemplating the wreckage after supervisory sessions with Hugh. He was a powerful formative force and an indelible influence on my life. Very sad news.Report

Hugh supervised my PhD in the late 1980s. He was a tough but generous teacher who had no time for sloppy thinking or pretension. He had a brilliant mind that lit up when an idea interested him. He could be irascible and terrier-like in seminars, but I think those of us who were taught one-to-one saw the best of him. It was a privilege to have known him.Report

Though I never met him, I corresponded with him, and more importantly his work influenced much of the philosophy of time work I published in support of it. With his passing I would be amiss to not remark the brilliant person he was; my mind’s life would be much more impoverished had he not informed it. That is a mark of a life well lived in philosophy, and as I have gathered from many colleagues who knew him better, that was the least of his excellence as a person.Report

When I was arriving as a fixed-term lecturer at the Cambridge Philosophy Faculty in 2000, Hugh was the most welcoming of my new colleagues—even though at that time he was still Pro-VC of the University and must have been busy (just about to retire). He had no problem treating me as his equal. Lovely, principled man, fierce in arguing about points that interested him, without taking it personally. Quite unique. Sadly I lost touch with him when I moved to Spain. May his good works live on.Report

The kindest and most loyal of friends, as many will attest. One of Hugh’s passions was the theatre — going to plays with friends of course, but also doing stirling work to secure the future of the ADC theatre in Cambridge, and not least, acting himself. So here he is, in characteristic voice, but writing about acting, Role-playing on Stage.Report

So very sad to learn this. Hugh was a family friend from his time at Pembroke in the 60s and part of our family. He had a wicked dry sense of humour and loved our annual trip and Christmas lunch at the Cambridge Arts panto (followed last year by a lively debate with my kids on time philosophy). I will miss him dearly.Report

I came to Queens’ as an American study abroad undergraduate for 1984-85. I attended Hugh’s small-group lectures on probability and on time for my metaphysics paper. I was deeply impressed both by his command of these topics and by his patience, goodwill, and personal attention to my many questions and responses in conversation with him, inside and outside the lecture room. The man had a sparkle in his eyes that I shan’t forget. He was one of the reasons that I went on to do a D.Phil. in philosophy (of language) at Oxford soon after. I mourn his loss. Now retired as Professor Emeritus myself, I will remain grateful to Hugh for the positive role he played in my intellectual and professional development to the end of my days. Rest in peace, dear sir.Report