Economist and philosopher Amartya Sen (Harvard) has been selected as the winner of the 2020 Peace Prize of the German Book Trade. 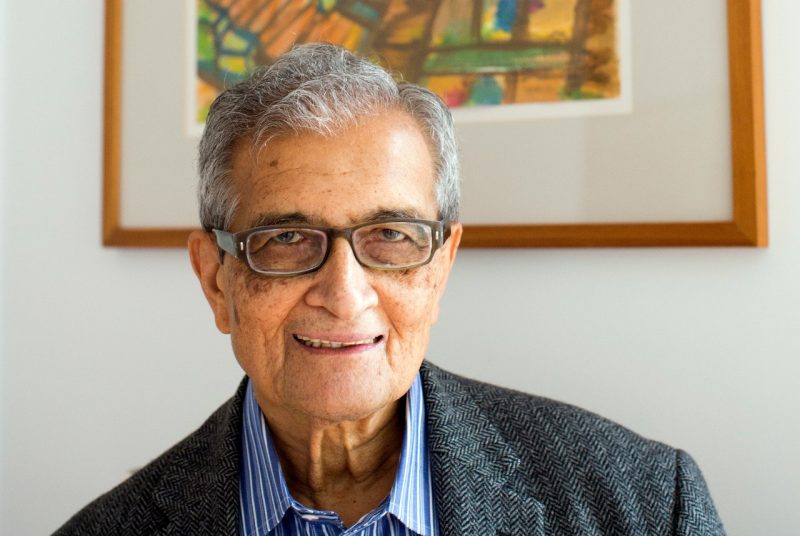 The prize (“Friedenspreis des Deutschen Buchhandels”), which was initiated in 1950, is awarded annually and reflects the German Publishers and Booksellers Association’s commitment to “peace, humanity and understanding among all peoples and nations of the world”:

The Peace Prize promotes international tolerance by acknowledging individuals who have contributed to these ideals through their exceptional activities, especially in the fields of literature, science and art. Prize winners are chosen without any reference to their national or religious background.

Here’s the official announcement of the award:

The German Publishers and Booksellers Association hereby awards the 2020 Peace Prize of the German Book Trade to the economist and philosopher Amartya Sen. In doing so, the association and its members have chosen to pay tribute to a pioneering scholar who has addressed issues of global justice for decades and whose work to combat social inequality in education and healthcare is as relevant today as ever. Among Sen’s most important contributions is the idea of evaluating a society’s wealth not solely based on economic growth indices, but also on the opportunities for development available to all individuals who comprise that society, in particular its weakest members.

Throughout his work, Amartya Sen has consistently highlighted solidarity and a willingness to negotiate as essential democratic values, proving in the process that cultures need not be the source of disputes over identity. His vivid and powerful descriptions have also served to elucidate the fundamental ways in which poverty, hunger and illness are intimately linked to the absence of free and democratic structures. The Human Development Index, the capabilities approach, and the notion of “missing women” are just three of his groundbreaking concepts that continue to set high standards to this day with regard to generating, preserving and evaluating equal opportunities and decent living conditions for all.

Amartya Sen’s inspiring oeuvre represents a compelling call to establish a culture of political decision-making borne by a sense of responsibility for the well-being of others, including the right to self-determination and the right to articulate one’s interests and have a say in one’s own future.

The prize, which includes €25,000 (approximately $28,000), will be bestowed in a ceremony at the Frankfurt Book Fair in October. A list of previous winners can be found here.