Minorities and Philosophy (MAP), a global graduate student-led network of organizations that aim to “remove barriers to participation in philosophy for members of marginalized groups,” has issued a statement in light of the recent wave of anti-racism protests.

The authors say they are “outraged and heartbroken by the killings of George Floyd, Breonna Taylor, Ahmaud Arbery, Tony McDade, among countless others who have lost their lives due to racist violence and police brutality, and by the continued violent response by police against protestors,” and call for solidarity and action from the philosophical community:

We call on philosophers—particularly on white philosophers, who form the vast majority of our profession—to take a public stance against white supremacy and racist violence; to engage critically with the ways our own community and institutions contribute to the perpetuation of white supremacy, anti-Black racism, and police brutality; to support anti-racist organizing in their on and off-campus communities; and to educate themselves about the issues involved. We encourage those who are currently teaching to recognize the effects of the current situation on their students, and to provide proper accommodation for those enduring trauma or taking part in anti-racist organizing. We also call on white philosophers not to ask or expect Black department members to take up special burdens in educating them, and to focus on concrete steps white philosophers can take to reduce the grip of racism in their own departments.

We take this to be an important moment of reflection for those of us who have not been personally affected by anti-Black racism, and to commit to doing better in the future. In this spirit, we strongly recommend that departments work on recognizing and elevating the voices of Black philosophers in their hiring, admissions, and curriculum decisions, and on ensuring that anti-racist education is an integral part of philosophical education at all levels.

You can read the full statement here. Below is a flyer that describes some of MAP’s advice for philosophers and philosophy departments (a PDF of it is here). 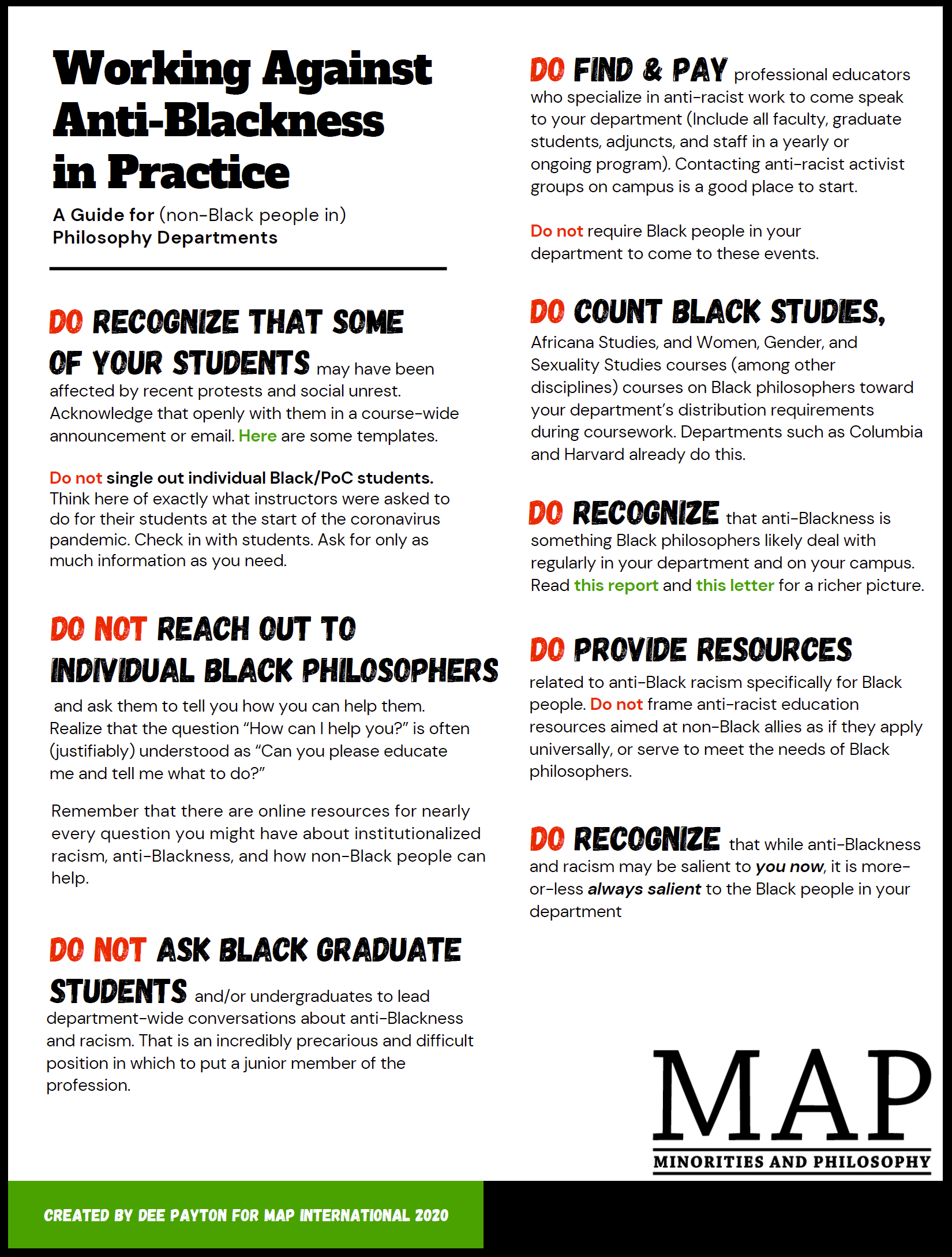