The United States Supreme Court issued a ruling this morning in the case of Bostock v. Clayton County, Georgia, holding that Title VII of the Civil Rights Act of 1964 protects gay and transgender employees from workplace discrimination. 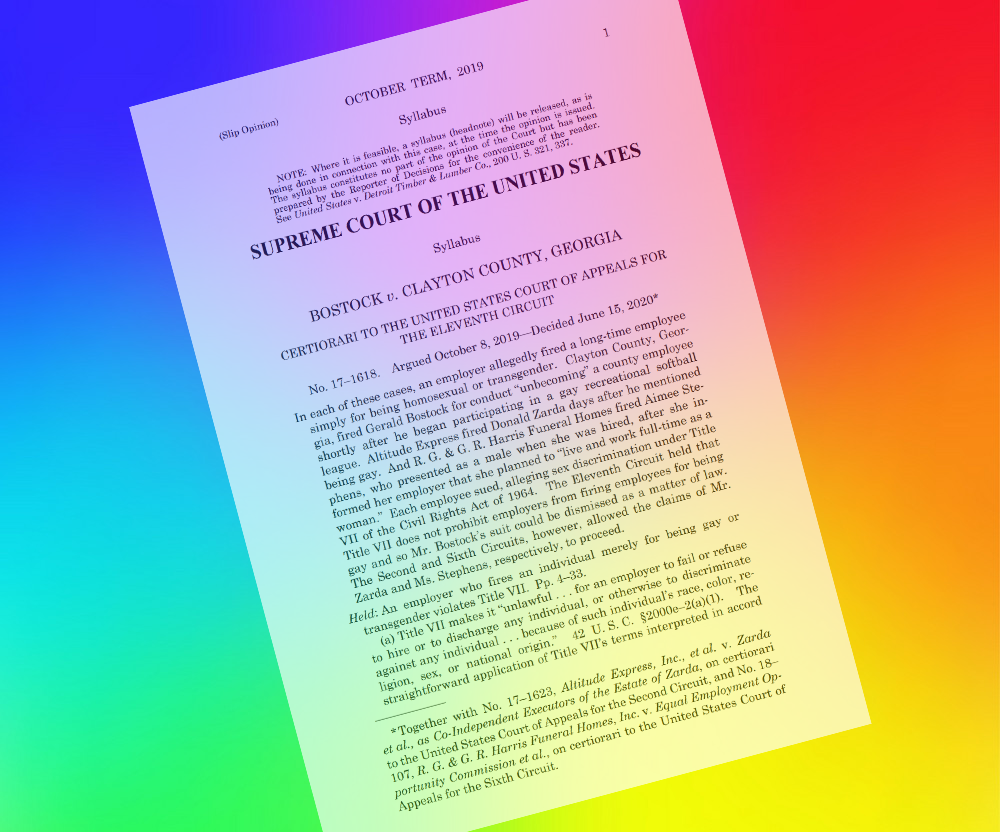 In the 6-3 ruling, written by Justice Neil M. Gorsuch, the court says:

Today, we must decide whether an employer can fire someone simply for being homosexual or transgender. The answer is clear. An employer who fires an individual for being homosexual or transgender fires that person for traits or actions it would not have questioned in members of a different sex. Sex plays a necessary and undisguisable role in the decision, exactly what Title VII forbids.

The ruling includes reasoning similar to that offered in the “Brief of Philosophy Professors as Amici Curiae in Support of the Employees” (discussed here), co-authored by philosopher Robin Dembroff (Yale) and law professor Issa Kohler-Hausmann (Yale), and signed by 80 philosophers. In that brief, they wrote:

The concept of “sex” is inextricably tied to the categories of same-sex attraction and gender nonconformity. Both categories are partially defined by sex and cannot logically be applied to any individual without reference to that individual’s sex. It is simply not possible to identify an individual as being attracted to the same sex without knowing or presuming that person’s sex. Likewise, it is not possible to identify someone as gender nonconforming (including being transgender) without reference to that person’s known or presumed sex and the associated social meanings. It follows that discrimination on the basis of same-sex attraction or gender nonconformity is inherently discrimination “because of sex.”

You can read the Court’s decision here.