The following is the first installment of a miniseries on “The Philosophy of Popular Philosophy.” The series is being guest-edited by Aaron James Wendland, assistant professor of philosophy at National Research University Higher School of Economics in Moscow, Russia, and philosophy editor at The New Statesman. In the following post, he discusses the relationship between the scholarly and popular activities of philosophers. 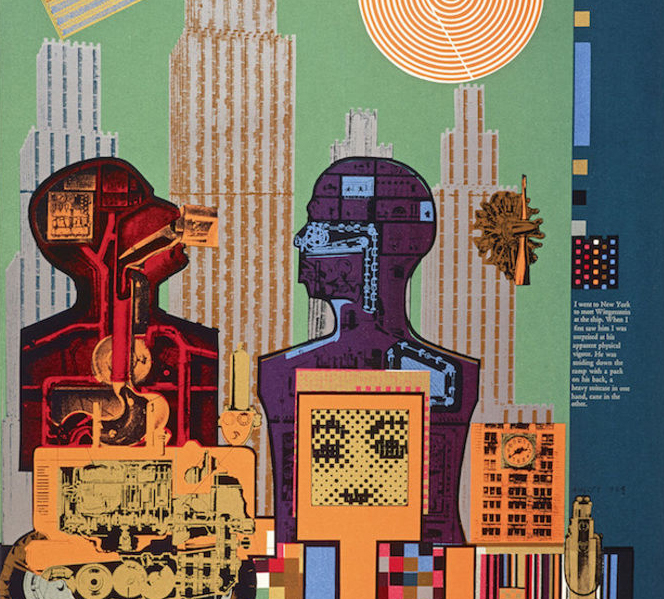 The Philosophy of Popular Philosophy
by Aaron James Wendland

In January 2019, I launched a philosophy column in the New Statesman: ‘Agora – A Marketplace of Ideas’. Agora provides a space for academics to draw on their education and experience in order to address contemporary social, cultural, and political issues. And after a year spent editing the Agora series, I started questioning the nature and value of what we popular philosophers do.

Popular philosophy, as I see it, runs on a spectrum from the popularization of philosophical ideas to the application of those ideas to daily life. This suggests popular philosophy presupposes the esoteric work done by philosophers in the academy. But in a way that is consistent with the myth of Socrates, popular philosophy is simultaneously an inspiration for much academic research. So to see the essence and importance of our public interfacing, we need to tease out the dialectic relationship between our scholarly and popular activities.

While the essence of philosophy is contested within the academy, the practice of academic philosophy involves asking a series of metaphysical, ethical, or aesthetic questions and then answering them in creative ways to enhance our understanding. This attempt to expand our knowledge starts with a deep appreciation for the history of philosophy and may require subtle distinctions, detailed argumentation, and a new vocabulary. Kant’s Critique of Pure Reason, Sidgwick’s The Methods of Ethics, and Adorno’s Aesthetic Theory are all excellent examples of academic philosophy. And although these books were written in different eras, they have at least one feature in common: they demand a certain level of academic expertise before their key ideas shine through.

Since we need to know something about Kant, Sidgwick, and Adorno before we can share their ideas with the wider world, academic expertise is the basis of popular philosophy. But it is just the beginning. For the process of popularization requires translating an idea from the vocabulary needed to test it in the academy to a language the lay person understands. Transcendental deductions, synthetic a priori judgments, and the unity of apperception are more or less intelligible phenomena to Kant scholars. But these technical terms mean very little to the uninitiated. So, some form of translation is necessary to turn academic expertise into popular philosophy.

Translating technical jargon into accessible terminology calls for real literary skill. It may also involve placing an idea in its historical context or explaining it through a series of examples. Yet once an idea is translated into accessible prose, it can be used to introduce students to philosophy and educate the public, generally. Nigel Warburton, for instance, offers a clear distillation of perennial philosophical issues in Philosophy: The Basics, and his book is often used to teach new undergraduates. Similarly, Peter Adamson and Angie Hobbs do a fine job placing the writing of influential philosophers in context, and their contributions to In Our Time have given Plato and Avicenna a broad audience. Collectively, Nigel, Peter, and Angie have produced a great deal of user-friendly philosophy, and the translation work of public thinkers like them paves the way for applied popular philosophy.

Once an arcane idea has been rendered intelligible, it can be used in everyday life. In fact, applied popular philosophy is meant to help us make sense of current events and provide us with the insight we need to make difficult decisions. As editor of Agora, most of the articles I publish are designed to clarify contemporary affairs or contribute to controversial debates. Eric Schliesser and Eric Winsberg’s piece on the science of coronavirus is an instance of the former, whereas Philip Pettit’s column on Brexit is an example of the latter. However, Carrie Jenkin’s article on the essence of love signifies that applied popular philosophy is equally concerned with human flourishing. And as a public service, the application of academic ideas to everyday life demands an active and open engagement with people well beyond the confines of the university.

Honest engagement with communities outside the university brings us to Socrates and the inspiration popular philosophy offers the academy. Socrates famously spent his days pestering his fellow citizens about the beliefs that motivated their public activities, and his penetrating questions about the nature of justice and courage and other such virtues encouraged Plato to establish the original academy so he could think deeply about these issues. Likewise, Will Kymlicka’s recent article in Agora responds to the rise of virulent nationalism in the West, and he and I are now setting up a research team to explore alternative forms of virtuous identity building. Sadly, few popular philosophers nowadays spend their time roaming the street. But as the work of public thinkers indicates, there is a mutually reinforcing relationship between our academic undertakings and our popular philosophy.

With that said, we’ve come full circle: popular philosophy presupposes and contributes to philosophy as it is practiced in the academy. Specifically, popular philosophy translates esoteric ideas developed in the academy into an accessible prose and then applies those ideas to daily life. Yet in doing so, popular philosophy also inspires new academic research. And both popular and academic philosophy prove their worth through the collective impact they have on education and human understanding. Of course, I’d be a terrible academic if I thought I defined the nature and value of popular philosophy for all time. So, in the coming weeks I will be asking colleagues who are much wiser than me to explain the essence and importance of our public interfacing. And I certainly hope you will follow my ‘Philosophy of Popular Philosophy’ series in Daily Nous.

You might find the nascent Sentientism movement an interesting case study.

The term Sentientism was coined by Richard Ryder then developed by him and others including Peter Singer. A modern movement is now re-casting Sentientism as a more broadly naturalistic worldview that grants moral consideration to all sentient beings – any being capable of experiencing suffering or flourishing. In simple terms, “Evidence, reason and compassion for all sentient beings”. Some see it as a non-anthropocentric upgrade to secular humanism to include sentient animals – and conceivably even sentient artificial intelligences.

Sentientism deliberately stays neutral on most other philosophical questions – instead preferring to set a simple, potentially universal platform we might all be able to agree on.

In that context, it’s “Popular Philosophy” because it’s very easy to understand, but also has direct practical implications in fields such as secular politics and animal farming.