The American Philosophical Association (APA) has announced the winners of several of its prizes.

Below are the prize winners, along with information about their awards and further details from the APA’s press releases (in italics). 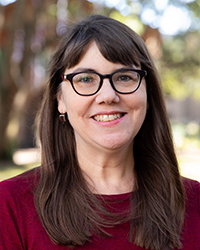 Deborah Boyle, professor of philosophy at the College of Charleston, has been awarded the 2020-21 Edinburgh Fellowship. The fellowship involves a two- to six-month appointment at the Institute for Advanced Studies in the Humanities at the University of Edinburgh, typically on work in either the environmental humanities, medical humanities, gender and sexualities studies, or digital humanities. You can learn more about the fellowship and see a list of previous fellows here.

Her primary research interest is in the work of early modern and modern women philosophers. She is the author of two books, The Well-Ordered Universe: The Philosophy of Margaret Cavendish (2018) and Descartes on Innate Ideas (2009), as well as papers on Astell, Cavendish, Conway, Descartes, Hume, and Mary Shepherd. In 2018 she edited Lady Mary Shepherd: Selected Writings . She is currently writing a book on Shepherd and preparing a modern, abridged edition of Cavendish’s Philosophical Letters . In July, Professor Boyle will become the editor of the Journal of the History of Philosophy. 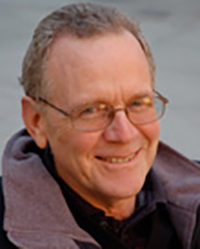 Tyler Burge, Flint Professor of Philosophy at the University of California, Los Angeles, has been selected to deliver the 2021 Sanders Lecture. The Sanders Lecture, sponsored by the Marc Sanders Foundation, is bestowed to honor “a distinguished scholar in philosophy of mind, metaphysics, or epistemology who engages the analytic tradition.” The award includes $3,500 plus travel expenses to the meeting. You can learn more about the lecture and see a list of previous honorees here.

Burge has made contributions to many areas of philosophy, including the philosophy of mind, philosophy of logic, epistemology, philosophy of language, and the history of philosophy. He is probably best known for his work on Gottlob Frege, his views on de re belief, anti-individualism with respect to mental content, and his empirically informed account of objective reference. 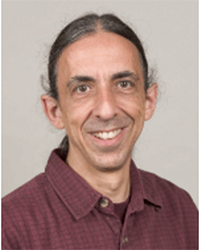 David Christensen, professor of philosophy at Brown University, has been selected to deliver the 2021 Ernest Sosa Prize Lecture. The lecture is awarded biennially to honor “substantial achievement in epistemology.” It includes a $1,500 prize, publication of the lecture in the Proceedings and Addresses of the American Philosophical Association, and  a selection of Ernest Sosa’s major book-length contributions in epistemology. This is the first time the lecture has been awarded. You can learn more about it here.

David Christensen has made important contributions to several areas in epistemology and philosophy of science: epistemic disagreement, conrmation theory, epistemic justication and evidence, theories of rationality, and the role of logic for a theory of rationality. 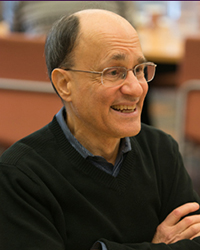 Michael Friedman, Suppes Professor of Philosophy of Science at Stanford University, has been selected to deliver the 2021 de Gruyter Kant Lecture. The lecture is delivered every year on a rotating basis at one of the APA’s three divisional meetings, and the lecture is published in the Proceedings and Addresses of the American Philosophical Association. Additionally, the award includes a $1,500 stipend and travel expenses to the meeting. You can learn more about the lecture series and previous honorees here.

Michael Friedman’s distinguished work in the intersection of Kant, Philosophy of Science, and the History of Twentieth Century Philosophy, which includes eight monographs, two edited volumes, an edited volume devoted entirely to his own work, and articles too numerous to count has been well recognized throughout the philosophical community for the past 35 years. 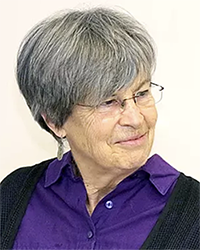 Helen Longino, Clarence Irving Lewis Professor of Philosophy at Stanford University, has been selected to deliver the 2021 Patrick Romanell Lecture. The Romanell Lecture is a prize that honors philosophers who have worked on the topic of philosophical naturalism. The lecture will be presented at a divisional meeting of the APA. The prize includes $1,200 plus travel expenses to the meeting. You learn more about the lecture and see a list of previous honorees here.

She specializes in philosophy of science and theory of knowledge, and her research interests are feminist philosophy, philosophy of science, and philosophy of social sciences. Longino has authored Studying Human Behavior: How Scientists Investigate Aggression and Sexuality (University of Chicago Press, 2013), The Fate of Knowledge (Princeton University Press, 2002), and Science as Social Knowledge: Values and Objectivity in Scientific Inquiry (Princeton University Press, 1990)… We nominated Helen Longino for her ground-breaking work in exploring the social dimensions of epistemology and philosophy of science and the way differing evaluative perspectives figure in scientific theorizing. We also were impressed with Longino’s important work in feminist epistemology. 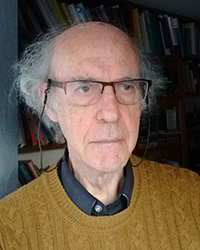 Aaron Sloman, Honorary professor of artificial intelligence and cognitive science at the University of Birmingham, is the winner of the 2020 K. Jon Barwise Prize.  The Barwise prize is “for significant and sustained contributions to areas relevant to philosophy and computing by an APA member. The prize will serve to credit those within our profession for their life long efforts in this field. It will also serve to acknowledge and to encourage work in all areas relevant to the ‘computational turn’ which is occurring in our profession.” The Barwise Prize includes a plaque and the honor of delivering a keynote talk at a computing and philosophy conference as well as a talk at one of the divisional APA meetings. You can learn more about the prize and see a list of previous winners of it here.

Sloman identies himself primarily as a philosopher, though most of his followers and professional inuence has been so far in Computer Science and AI. His main inuence is on two points: 1. That naturalistic account of consciousness, and of the human mind, is not just computational but depends on various bio-chemical and physical specicities of the human brain. This is an important critical point towards the program of informationalism (the idea that conscious thinking is just computing). 2. Criticism of the idea that human brains are the best computers and that machine consciousness needs to follow humanoid cognitive architecture…  Like the previous Barwise award winner, Margaret Boden, [Sloman] helped develop the world’s first academic program in Cognitive Science, at Sussex University. 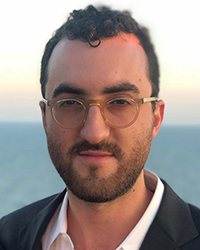 Jason Yonover, a Ph.D. candidate in philosophy and modern languages and literatures at Johns Hopkins University, is the winner of the 2020 David Baumgardt Memorial Fellowship. The fellowship is awarded every three years “for the support and dissemination of research in the field of ethics… [particularly]  in the examination and comparison of types of morality associated with strong cultural and religious traditions, such as Judaism and Christianity, or based on certain contrasting principles (for example, love and justice on the one hand, power or forgiveness on the other).” The fellowship includes $10,000. You can learn more about the fellowship and see a list of previous winners here.

Jason Maurice Yonover is a historian of philosophy… who specializes in the German and Jewish traditions, with a particular interest in moral and political philosophy. He is working on two projects: the first concerns freedom and right in Hegel and Spinoza, and the second traces the legacy of early modern naturalism in modern German thought. His work has been published in the British Journal for the History of Philosophy and the Goethe Yearbook , and is forthcoming in Fichte-Studien, the Blackwell Companion to Spinoza , and the Oxford Handbook of Nineteenth-Century Women Philosophers in the German Tradition