Political theorist and philosopher David Miller of Nuffield College, Oxford University, has been awarded a Lifetime Achievement Award from the European Consortium for Political Research (ECPR). 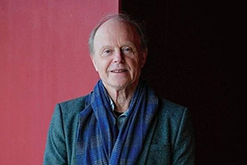 The award announcement called Professor Miller “a leader, a teacher and a true model for political theorists”:

David’s association with Nuffield College stretches back more than four decades, but recently he helped found the Masters of Public Policy at the Blavatnik School of Government, a one-year programme designed to introduce public sector practitioners from around the world to the theory and practice of public policy. During his long career, he has supervised 49 PhD students, and been a Visiting Professor at universities across the world. He has served as an associate editor of the highly influential journal Ethics; International Journal of Social, Political, and Legal Philosophy and since 1995 has been co-editor of OUP’s flagship Oxford Political Theory series. David Miller has written twelve books, edited nine, and published more than 200 journal papers and book chapters. According to Google Scholar, his work has been cited more than 22,000 times.

The ECPR Lifetime Achievement Award is typically given every other year, though this one was delayed a year in order to be given out in 2020, which is the 50th anniversary of the ECPR.

More information and the names of previous winners of the prize are here.

Miller is someone who, philosophically, I have some agreements with, but also many (probably many more) disagreements. But, despite that, every time I have had the opportunity to interact with him, he has been friendly, kind, and, perhaps most importantly, helpful and supportive. In that way, he’s a real model, and I’m very glad to see him win this award.Report