The British Journal for the History of Philosophy has announced the recipient of the 2019 Rogers Prize, its annual best article prize. 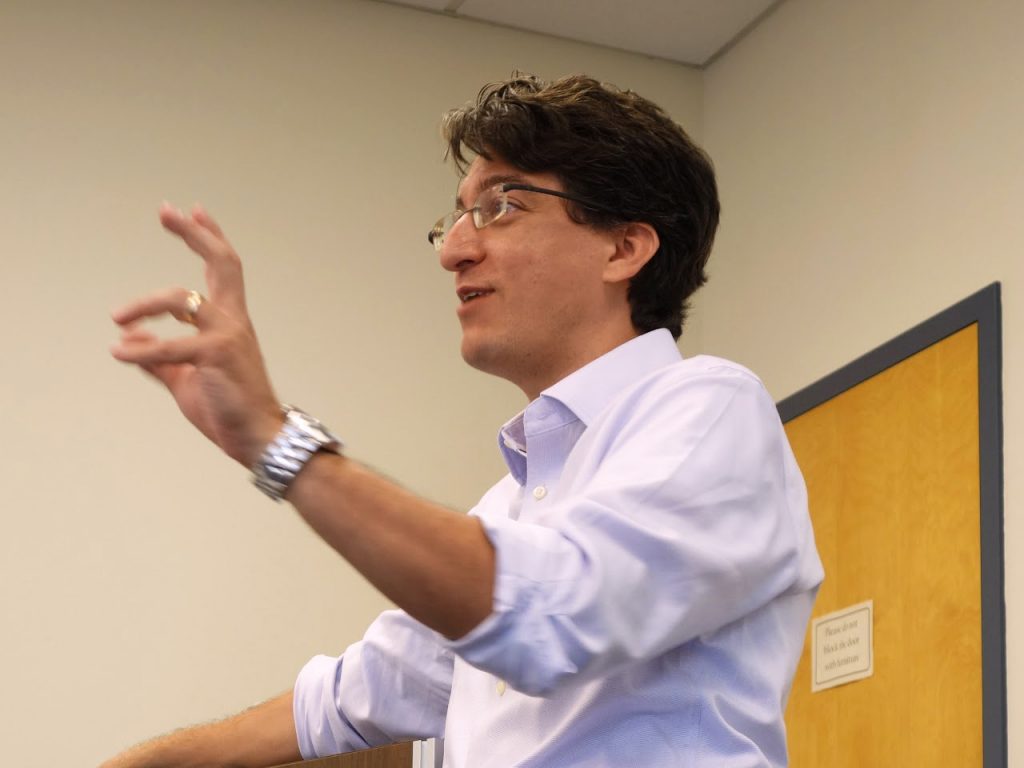 The prize winner is Nicholaos Jones, professor of philosophy at the University of Alabama in Huntsville, for his article, “The Architecture of Fazang’s Six Characteristics,” (volume 27, issue 3). (You can access an ungated version of the paper here).

This paper examines the Huayan teaching of the six characteristics as presented in the Rafter Dialogue from Fazang’s Treatise on the Five Teachings. The goal is to make the teaching accessible to those with minimal training in Buddhist philosophy, and especially for those who aim to engage with the extensive question-and-answer section of the Rafter Dialogue. The method for achieving this goal is threefold: first, contextualizing Fazang’s account of the characteristics with earlier Buddhist attempts to theorize the relationships between wholes and their parts; second, explicating the meaning Fazang likely attributes to each of the six characteristics; third, situating the characteristics as explicated within Fazang’s broader metaphysical framework.

The runner-up for the prize is Jing Huang, a doctoral student at Freie Universität Berlin, for her paper “Did Nietzsche Want His Notes Burned? Some Reflections on the Nachlass Problem” (Vol. 27, no. 6).

The issue of the use of the Nachlass material has been much debated in Nietzsche scholarship in recent decades. Some insist on the absolute interpretative priority of his published writings over those unpublished and suggest that an extensive engagement with the Nachlass is harmful because it is something Nietzsche rejected. To verify this claim, they appeal to the story of Nietzsche asking his landlord in Sils-Maria to burn some of his notes. Since the notes that were ultimately retrieved are purportedly incorporated into the compilation The Will to Power, the story also leads some to conclude that Nietzsche rejected his project on the will to power. However, the reliability of this story has been questioned. In this manuscript I first present the decisive piece of evidence that will settle the controversy over the story’s authenticity. After showing that it is true that in 1888 Nietzsche wanted some of his notes burned, I address the question of what we can conclude from this story. I argue that it neither suggests the abandonment of the will to power project, nor warrants a devaluation of the Nachlass. Finally, I will discuss the methodological problem of the use of Nietzsche’s Nachlass in general.

many thanks for not deleting the part of the announcement about my paper! I am very honored and grateful that my paper was selected as the runner up for the best article published in 2019. JingReport