C. Thi Nguyen, currently associate professor of philosophy at Utah Valley University, will be moving to the Department of Philosophy at the University of Utah. 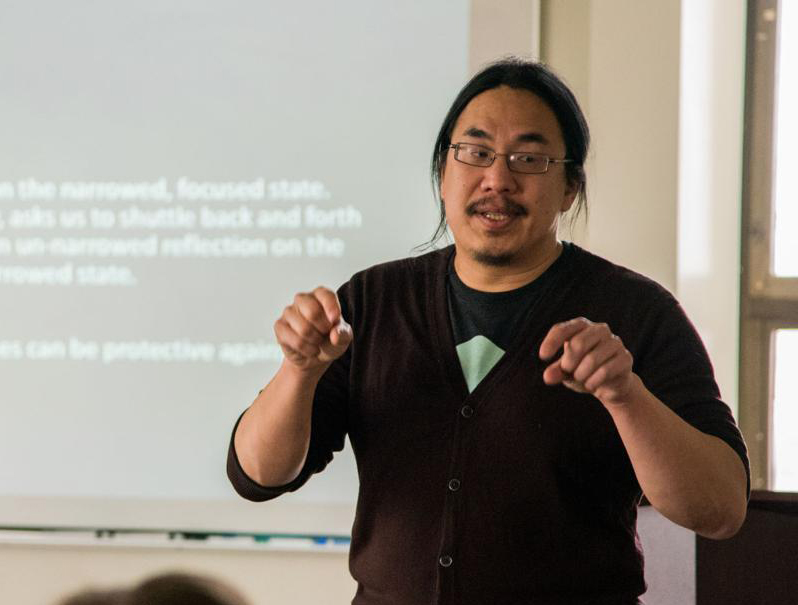 Professor Nguyen works in aesthetics, ethics, and epistemology, or as he puts it, “trust, art, games, and communities”. His first book, Games: Agency as Art, is coming out in April. You can learn more about his work at his site and at PhilPapers.

At the University of Utah, Nguyen will be associate professor of philosophy. The position he was hired for concerns issues at the intersection of philosophy and digital technology. He says:

the position was for somebody who could connect with the computer science and game design programs: research collaborations, co-teaching, and hopefully making philosophy classes aimed at game design students and CS students, along with philosophy kids. (The UofU has one of the world’s biggest and best game design programs.) So if things work out as hoped, I’ll be developing classes in game ethics, game aesthetics,  data ethics, design ethics, technology ethics, and hopefully getting in at least some students who actually are dedicating their lives to making the stuff.

Professor Nguyen takes up his new position at the University of Utah on July 1st.

Congratulations to Thi and to the U of Utah!Report