The Royal Institute of Philosophy, a charitable organization aimed at promoting philosophy, has announced the results of its 2019 essay contest, which had the theme of “the significance of paradoxes.” 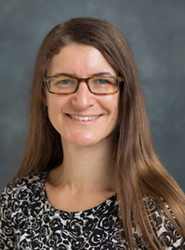 The winner is Georgi Gardiner, assistant professor of philosophy at the University of Tennessee, for her essay, “Profiling and Proof: Are Statistics Safe?”

The prize is £2,500 (approximately $3250) and publication of the essay in the Royal Institute’s journal, Philosophy. A draft of the essay is available here.

The runner up is Martin Pleitz (University of Münster) for his essay, “Paradox as a Guide to Ground”. 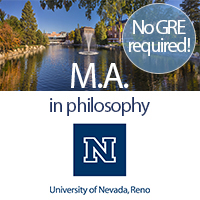 The version on my website (linked above) is a slightly older version. The forthcoming version includes a new section:

“6. On Seeking a Unified Explanation of the Paradoxes”

Here is a link to the version that includes section 6.
https://www.dropbox.com/…/Gardiner_Profiling%20and…

And here is a precis of topic of section 6. As a standalone summary, it might not be fully intelligible to people who lack the relevant background. The essay itself discusses the topic in more depth.
___
“I examined epistemic features of five pairs of vignettes—Lottery, Prisoner, Taxi, and iPhone, with its sexual assault variation. This discussion raises two questions. Firstly, is the verdict warranted in each of the vignettes? Received wisdom holds the verdict described in Case One in each pair—the verdict based on bare statistical evidence—is unwarranted, or is at least less warranted than the corresponding Case Two verdict. This paper remains agnostic about the first question, and instead charts overlooked epistemic contours of the vignettes. The second question asks whether a unified account of the epistemology of the vignettes is tenable or even desirable. Can the same epistemological tools explain whether or not the verdicts are warranted in each vignette?

Orthodoxy holds that if a single epistemological posit explains intuitive judgements about all the vignettes, this qualifies as a virtue of the account…

A recent wave of epistemological theorising argues, however, there is something deeply mistaken about treating the cases alike. Moral encroachment holds that moral features of a judgement can affect its epistemic justification. Advocates of moral encroachment urge that we should treat the various vignettes as epistemologically heterogenous…

On Pritchard’s view—indeed, according to orthodoxy—it is a virtue of his account if his safety posit explains the epistemological contours of all the cases. Moral encroachment, by contrast, holds that treating vignettes about crimes as epistemologically akin to vignettes about lotteries and Galton Boards is mistaken; epistemic normativity ought to be sensitive to moral features.

I am sorry, the above link does not work. This is the correct link: