“What happens and what should a philosopher do if the academic community massively has moved on to making its informal engagements happen on one platform, specifically, Facebook?”

So asks Helen De Cruz (Saint Louis University) in a post at The Philosophers’ Cocoon. 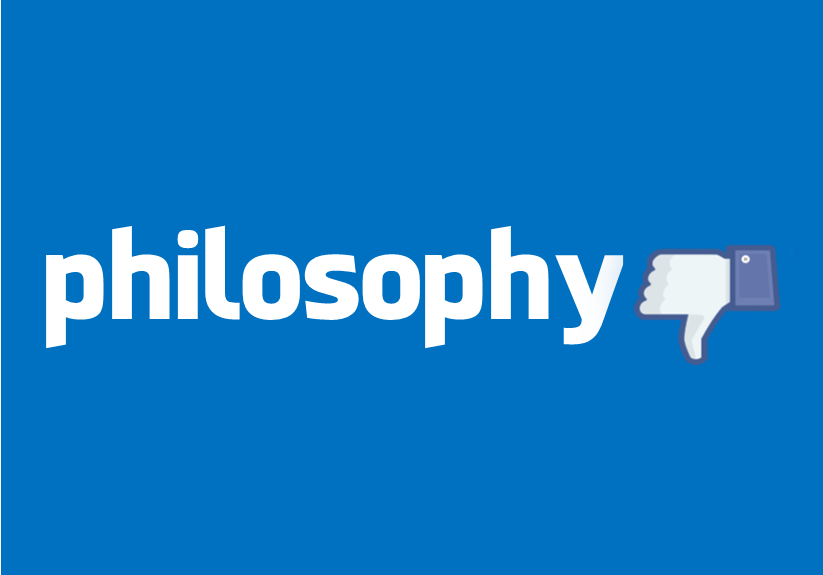 De Cruz takes it for granted that the philosophical community has in fact “massively… moved on to making its informal engagements” on Facebook. I’m skeptical. I would bet that the overwhelming majority of academic philosophers would answer “none or very few” to a question that asked them how many of their philosophical conversations take place on Facebook.

The fact that Facebook is a kind of availability heuristic trap (in multiple ways) is left off of Professor De Cruz’s list of problems with the platform—problems that are worth thinking about even if most philosophers aren’t discussing much or any philosophy on Facebook, as it is a more popular social media platform for discussions among philosophers than its direct competitors (including newer options). These problems include:

Professor De Cruz believes that decreases in participation on philosophically substantive blogs correlates with the increase in Facebook’s popularity. It might be worth hearing from the editors of those blogs about such trends and how their sites are doing now.

I’m also interested in hearing whether there is a way that Daily Nous can be of assistance here, perhaps by hosting more discussions on substantive philosophical questions, or perhaps by occasionally featuring philosophical material from other, less-trafficked blogs. I’m open to suggestions.