An interdisciplinary research group has received funding totalling approximately US$2.6 million to pursue its study of  “the world’s largest research instrument”: the Large Hadron Collider (LHC) at the European Organization for Nuclear Research (CERN) in Geneva. 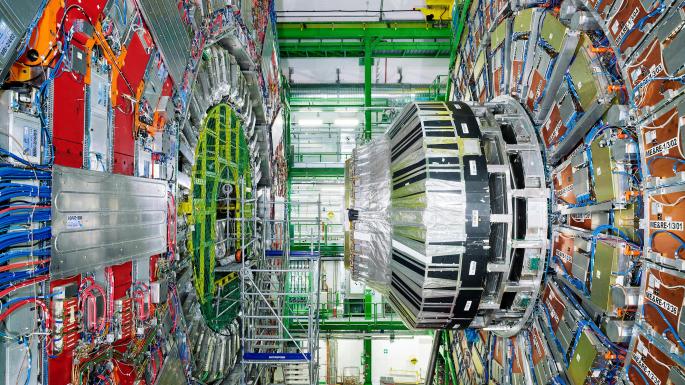 Inside the Large Hadron Collider

The Epistemology of the Large Hadron Collider “builds on the expectations today’s high energy physicists of a fundamental change in their theories and epistemic practices and links them to the complex conditions of large-scale research,” according to a press release. “It regards the complexity of these conditions as a challenge for the quest towards ever more encompassing and simpler descriptions of nature that has traditionally been associated with particle physics.”

This new round of funding for the project, which was established in 2016, comes from the German Research Foundation (DFG) and the Austrian Science Fund (FWF).

Based in cities around Germany and Austria, the project is composed of several subprojects on various topics, including: the history and use of virtual particles in physics research; the development and status of the related problems of naturalness, hierarchy, and fine-tuning; the relation between standard model research at the LHC and gravitational phenomena, including dark matter and modifications to Newtonian gravity; the way computer simulations and machine learning are used in particle physics research, including the epistemic status of the data resulting from such simulations; the dynamics of model choice and development; sociological aspects of the production of novelty and how credibility is established for experimental results.

The project will use its funding to, among other things, support Ph.D. students and postdoctoral researchers. Information about those positions and the project as a whole can be found here.

This is a great project -terrific news that they have a new round of funding.Report

Maybe these researchers don’t actually need access to the LHC, but suppose they did: how does that work? Do you have to apply, not just to the granting body, but also to the LHC for access? And then pay them for the time you use? Just kinda curious, but not directly relevant.Report