Roger Scruton, a philosopher who for many years taught at Birkbeck College, London, held various other academic appointments, wrote extensively for the public, and who was knighted in 2016 for “services to philosophy, teaching and public education”, has died. 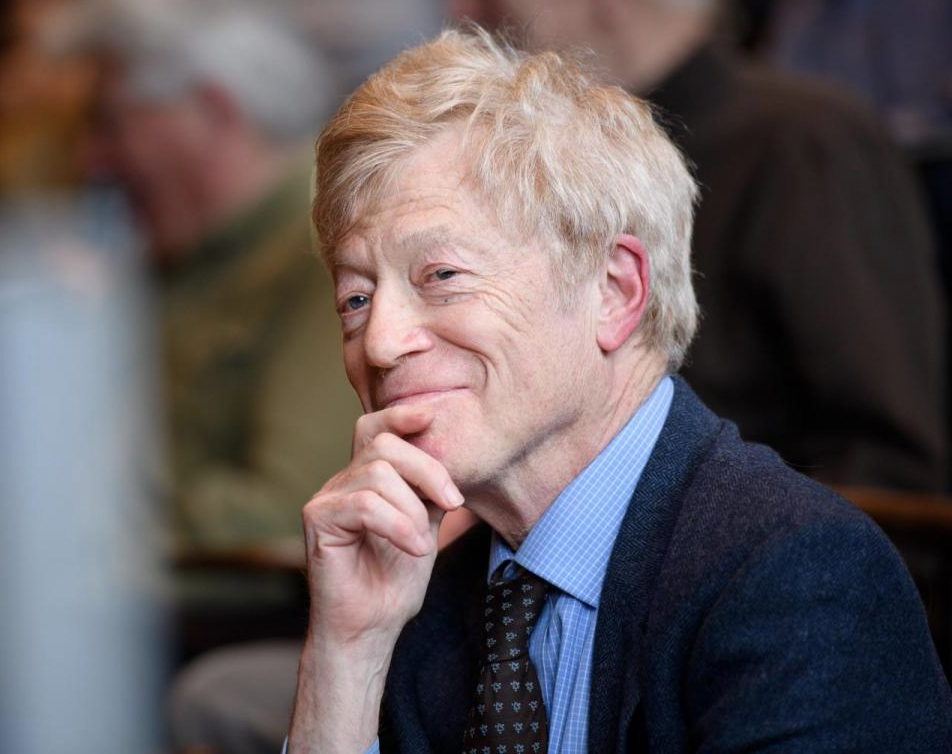 Scruton received his undergraduate and graduate education at Cambridge University. He taught at Birkbeck from 1971 to 1992. He also held appointments at other schools, including Boston University, Buckingham University, and Oxford University, as well as think tanks, such as the American Enterprise Institute.

Scruton was known largely for his work in aesthetics and for his advocacy of traditional conservatism. Much of his writing was aimed at the broader public. He founded the conservative periodical The Salisbury Review, produced a wine column for The New Statesman for nine years, authored non-fiction books as well as novels, and even wrote libretti for opera. In 2018 he was appointed to the British government’s Building Better, Building Beautiful Commission, to advise on housing design.

He died after a six-month battle with cancer.

You can learn more about Scruton and his work at this site.

[This post will be updated with links to obituaries elsewhere.]

So very sad. What a grievous loss to the nation.Report

How sad that in his twilight days Roger Scruton had his reputation tainted, albeit later restored, by an act of media malice. He was a great person.Report

Very sad. It’s a shame that people are celebrating his death in the comments of your Facebook post.Report

A first rate philosopher. His work at least will live on for much longer. But even so he will be sorely missed.Report

A great man. A true conservative, defender of freedom, and critic of all the nonsense that prevails in our universties and wider culture. He will be remembered long after the intellectual pygmies who attacked him are dead and buried.Report

A huge loss to the whole world. A massive intellect housed in a modest and kindly personality. It was always such a joy to listen to this great man.Report

Setting everything else aside, I’d just quibble with “modest”. See e.g., https://www.roger-scruton.com/articles/20-latest/557-scrutopia-summer-school-2019Report

and let me just add, because I’m inclined to agree with David’s comment below, that I’m not blaming him for his lack of modesty. Modesty is not *obviously* a virtue for everyone in all circumstances.Report

I’m sad – though maybe not completely surprised – to see that here, and elsewhere, no one is mentioning that Scruton was a shameless shill for tobacco companies and promoted smoking. He wrote many articles against regulating smoking, including in the 3rd world, while taking more than £50,000 year from a tobacco company, without disclosing these payments. This was, at the absolute least, deeply unethical, and arguably wicked. He may well have been loved by his friends, a fine conversation partner, and a free distributor of wine in his reading group, but he was a man with clear, serious, and systematic moral failings who did a lot of harm in the world. That, too, should not be forgotten.Report

A “lot of harm in the world”. Really? I cannot see that his arguments against regulating smoking had much effect.Report

The people paying him more than more than £50,000 year to promote smoking certainly thought he had some effect.Report

That he did, and there is little that can be said in his defense for it.

He was also a prominent supporter of the dissident movements in central and eastern Europe the 1980s, forging and sustaining connections between dissidents there and academics in the West, at considerable personal risk; he received a medal from Vaclav Havel for it after the Iron Curtain fell.

People are complicated; they do good things and bad. Honest obituaries discuss both (Scruton’s obituary in the Guardian mentions his dubious-at-best tobacco advocacy as well as his anti-communist activism). To paraphrase David Lewis, the task of weighing up the good and bad to make an overall assessment of the person is best left to those who believe in a Last Judgement, and those people in turn would do well to leave it to the Judge. In the meantime, when an elderly person dies long after the most notable activities in their life occur, there is something to be said for the norm of focusing on the positive, at least in the immediate aftermath of the death.Report

“…and those people in turn would do well to leave it to the Judge.”

Which judge, exactly? Is there an ultimate, universal moral judge that I am not aware of? Scruton may have believed in such moral arbitrators, but not everyone does. While I agree that people do good things and bad, perhaps we shouldn’t throw around strange epithets that rely on such dubious assumptions. Perhaps we and we alone are the ultimate judges of our own and other’s actions, and if we did some morally questionable things during our lives, others can and should continue to hold us accountable for our own actions. As far as I can tell, death is a questionable basis for letting people off the hook for serious critical scrutiny. After all, we philosophers read and seriously consider other’s work and actions well after their death. It’s part of the profession. To me, Scruton isn’t an exception to this.Report

Oh rubbish, it was merely a faux pas. He simply believed that smoking cigars was a proper pursuit for a gentleman. Try looking at the man in the round.Report

” Try looking at the man in the round.”

You’re right. We should also consider his argument that it’s disgusting when a woman touches her clitoris during sex.Report

Oh dear, the critics and their little out-of-context quotes. Thanks, Matt, for ignoring my sage advice to look at the man in full, and for bringing the discussion to a new low. By the way, what you cite is an assertion not an argument. (A simple enough distinction. This is a philosophy forum.)

I am surprised by the paucity of tributes here, compared to the profuse (though often over the top and self-congratulatory) tributes paid to the likes of Parfit and Dummett. But then Sir Roger had the temerity to express mildly conservative views, views held by most people in Western countries. Modern
academics cannot let that go unpunished!

Historical note: the universities used to be quite conservative. I want my money back.Report

That’s a completely accurate quote, Brian, and the rest of the context makes it look worse, not better. It’s a funny thing about conservatives that they often think that accurately quoting their own views is unfair. Maybe that shows something about their views!Report