The British Journal for the Philosophy of Science (BJPS) has selected Carlos Gray Santana (University of Utah) as the winner of its 2019 Karl Popper Prize for his “ground breaking” paper in the philosophy of geology. 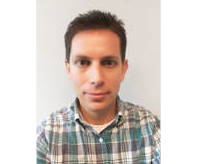 The Popper Prize is awarded annually to the article judged to be the best published in that year’s volume of the Journal, as determined by the editors-in-chief and the British Society for the Philosophy of Science Committee.

Professor Santana won the prize for his article, “Waiting for the Anthropocene“. The BJPS editors-in-chief, Steven French (Leeds) and Wendy Parker (Durham), write:

Are we at the dawn of a new geological epoch? Many have answered ‘yes’, coining the term ‘Anthropocene’ to designate the impact of humanity on the geological record. In this ground breaking paper, Carlos Santana notes that answering that question requires a radical shift in perspective for a historical science such as geology: whereas previously the identification of formal units of geological time was based on the groupings already present in the stratographic record, establishing such a distinction in the case of the Anthropocene requires the geologist to project herself into the future and imagine what that record will be, looking back to the current time. Santana argues that from such a future geologist’s perspective, we should refrain from adopting the Anthropocene as a new geological epoch, because of the fragility of such a projective move and because even granting the impact of human activity, the geological changes involved aren’t sufficient to warrant defining a new epoch. Alternatively, it might be argued that the term should be adopted for reasons that take us beyond geological matters and into the political. But in this case, Santana suggests, it is doubtful that the desired consequences would ensue. In either case, he concludes, we should ‘hesitate to fully endorse the Anthropocene’.

In reaching this conclusion, Santana not only takes the reader through relevant scientific evidence—including that related to climate change, the fossil record, and the human fossil record—and presents a careful examination of the potential geological markers of the Anthropocene in general, but also considers the role of political considerations in the delineation of scientific kinds, touching upon issues of distinguishing the epistemic from the political and the ‘scientization’ of value judgments. His paper is both timely and provocative, suggesting that by not taking the Anthropocene to be set in stone, we may retain the motivation to fight the very markers of it, such as climate-related extinction.

It is the opinion of the Editors of the BJPS and the Committee of the BSPS that by integrating the relevant science, as well as value considerations, in this nuanced and sophisticated manner, ‘Waiting for the Anthropocene’ represents the best of what the journal has published this year.

You can read Professor Santana’s article here and learn more about his work here.