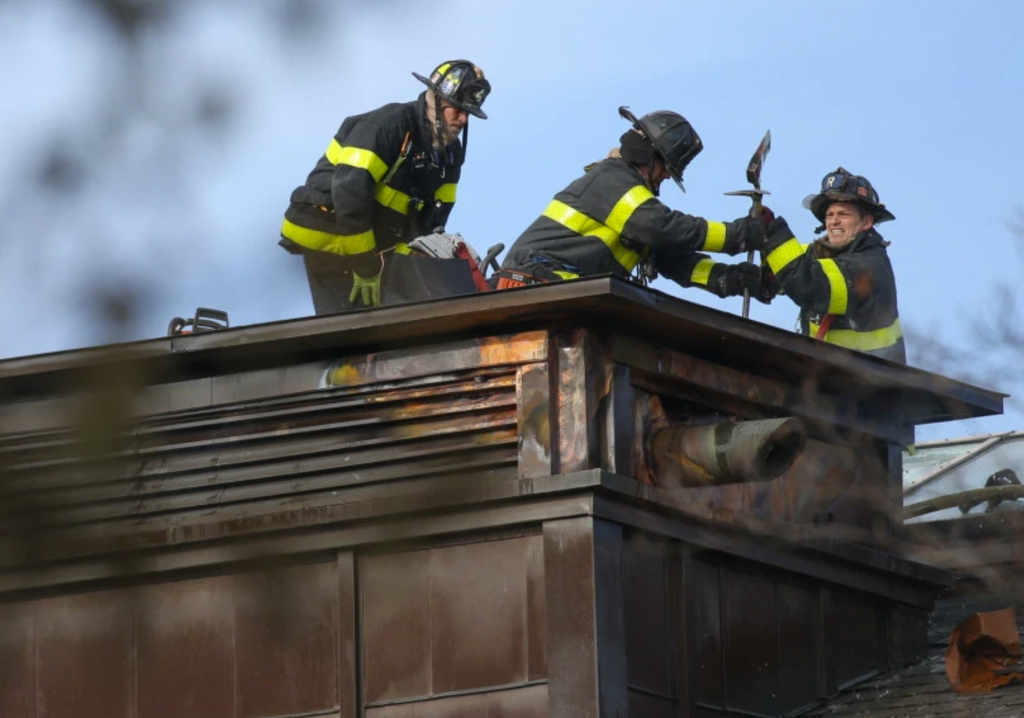 Firefighters on the roof of Emerson Hall, Harvard University. Photo by Nicolaus Czarnecki.

Owing to Thanksgiving Break, the building was reportedly empty at the time of the fire, and it caused no injuries.

According to the Harvard Crimson, Acting Fire Chief Gerard E. Mahoney said that the fire began in a chimney-like shaft that runs up inside the building from a generator in the basement. The cause of the fire is unknown, however “construction workers performing a generator test reported just before noon that they smelled smoke in the building.”

The Crimson says, “Firefighters had difficulty accessing the fire because of masonry surrounding the pipe chase. Using axes and power saws, crews made several holes in the roof to ventilate and let in water, Mahoney said. He said the damage from the fire was not extensive.”

Philosophy Department chair Ned Hall reports that the damage from the fire and the water “was fairly contained.” Only a couple of offices, a bathroom, a classroom, and a wall in a hallway were damaged. It was “more than just cosmetic, certainly, but far from a major disaster,” he said, adding, “We were lucky it was caught in time.”