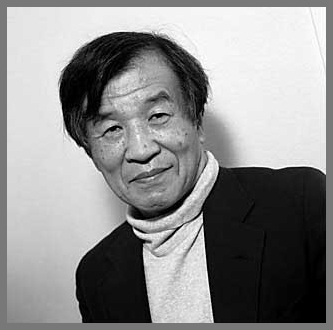 Professor Kim was known for his writings in philosophy of mind and metaphysics, as well as action theory, epistemology, and philosophy of science. You can view a list of some of his research here.

He worked at Brown in the 1960s and then from 1987 on. He also taught at the University of Michigan, Swarthmore College, Cornell University, the University of Notre Dame, and Johns Hopkins University. Born in Korea, he received his Bachelor’s degree in philosophy, French, and mathematics from Dartmouth and his Ph.D. from Princeton.

In his last book, Mind in a Physical World: An Essay on the Mind-body Problem and Mental Causation, he critiqued attempts to downplay the significance of certain philosophical problems with views regarding the mind or to believe they “can be solved in a simple and easy way, without having to pay a heavy metaphysical price”:

There are no free lunches in philosophy any more than in real life, and I believe the cheap ones aren’t worth the money. We might as well go for the real stuff and pay the price.

I am sorry he’s gone. Not because he’s a great philosopher. (Though he was.) But because his loss feels personal: the work he did in metaphysics – particularly on the relation between explanations and dependence relations, and the inadequacy of supervenience for accounting for any of those explanations – was profoundly influential on how I think about the world. This will be a sad night.Report

He was an excellent philosopher and one of the best teachers I’ve had.Report

Physicalism, Or Something Near Enough (which I thought was his last monograph?) was one of the most inspiring reads during my undergrad. I’m grateful for his contributions to the nature of causation, explanation and reduction in relation to the mindReport

“There are no free lunches in philosophy any more than in real life, and I believe the cheap ones aren’t worth the money. We might as well go for the real stuff and pay the price.”

It’s been a while since I read it, but I seem to remember that this could also be his summation of his approach to epistemology. For those of us who don’t remember the hayday of logical empiricism, ordinary language philosophy, pragmatism, and other “gospels of relaxation” that tended (not always!) to argue that the classic questions of philosophy should be dissolved (and often in less than ten pages) it’s easy to forget how philosophers like Jaegwon Kim transformed analytic philosophy. And his defence of traditional epistemology against Quine is something that should be read for centuries to come.Report

Kim’s contributions to epistemology were a significant contributor to my thinking fall 2018 on social epistemology. He will be missed.Report

An excellent human and generous teacher. Any information on services?Report

A great mind to learn from, and a great pen to imitate. Kim was one of the few analytic philosophers of mind who is truly a pleasure to read.Report

He gave a paper at Ohio State when I was a grad student and Mark Wilson was still teaching there. Wilson disagreed with something in the paper, and they spent about twenty minutes going after each other with a mixture of friendly cordiality and unremitting discursive savagery that one hardly ever sees the likes of these days. It was a real treat to witness venerable senior philsophers enjoying their work so much.Report

That is the essence of philosophy!Report

Jaegwon was a wonderful man – kind and focused in his engagement with students, supportive and funny – and a great philosopher. His passing is a great loss. Hopefully, people will continue to read and respond to his work. It is a model of clarity and searching inquiry.

As a personal note, I would not have gone into philosophy but for his gentle support. I owe him gratitude that I am sad I never expressed to him personally.Report

Truly a wonderful teacher and mind. I had him for two courses at the University of Michigan in the 1970s–Math Logic and Metaphysics.Report

I was very sad when one of my students broke the news to me that Jaegwon Kim had died. We were discussing one of his articles today in class, and I was taken aback by the news. Kim’s work has inspired nearly all of my own academic research in philosophy of mind. He set the tone for much of my career, for which I am very grateful.Report

A great philosophical hero of mine…both as a teacher and a friend, for almost 50 years, Jaegwon was one of the handful of philosophers most influential on what I thought about and what I thought. I don’t like to think about a philosophical world without him.Report

I never had any personal interaction with Jaegwon Kim, but his book “Philosophy of Mind” is an absolute masterpiece. Besides that, I don’t know too much about his ideas, but I am still very saddened by his passing. He was one of the most celebrated analytic philosophers of the 20th/21st century and it is unfortunate that I never had the opportunity to meet him.Report

I was hoping to write thanks to Dr. Kim for teaching me philosophy of science. I planned to ask if his pairing problem for nonphysical minds could be extended to gods. When I Googled his name, I discovered his death. Sad that I never expressed my thanks or asked my question. A loss to philosophy. The best teacher I ever had.Report