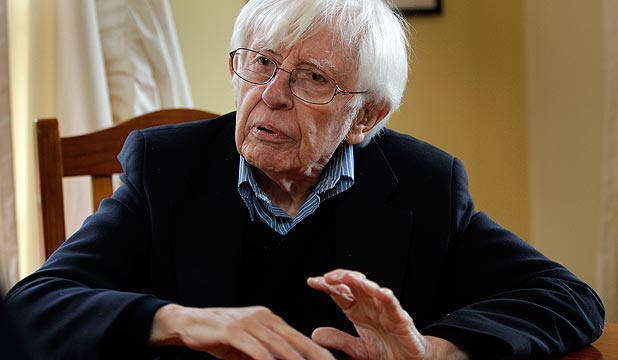 Professor Harré was born in New Zealand, and received undergraduate degrees in mathematics and philosophy at what was then the University of New Zealand. After teaching math for several years, he went to Oxford for his B.Phil. In 1957 he began a lectureship at University of Leicester, and in 1960 he joined the philosophy faculty at Oxford. After retiring from Oxford in 1995, he took up a distinguished research professorship in psychology at Georgetown. Throughout his career, he visited and taught at many other institutions, including American University (DC), SUNY Binghamton, Aoyama University (Tokyo), Universidad Santiago de Compostela (Spain), Universidad Peruana Cayetano Heredia (Peru); Free University at Brussels; Aarhus University (Denmark) and others.

In the highly informative introduction to a detailed interview with Professor Harré conducted in 2014, interviewers Simone Belli and Juan Aceros describe his work in philosophy of science (“focused on destabilizing the central doctrines of logical empiricism and positivism”) and psychology (particularly his development of “ethogenics,” an approach to social behavior that views it as “a cooperative achievement that can be studied by using a microsociological dramaturgical point of view”).

You also get from them a sense of the kind of man he was: “Harré is a person for whom intellectual adventure is incompatible with prejudice and dogma. He is a professor and a scientist with a sensitivity and intelligence which allows him to see things that many others do not.”

Rom was my tutor back in the 80s, and without his teaching, support, and advice back then I doubt very much that I would have made it into graduate school. I will always be grateful to him for guiding the first steps in the path my life has taken, and all that has brought me.

It’s also worth noting that he was a founder of Oxford’s philosophy of physics degree, which has brought a number of people into the profession – though Rom always said that his intention was that the degree would train future prime ministers, capable of bridging science and humanities. (Given my Oxford contemporaries who actually ended up in that job, I can only wish that his vision had been realized.)

Rom Harré showed me how to get the best of anyone, whether in intelectual of in practical matters. He was open minded, sharp and generous. His tutorials were deep, fun, and worth persuing. He was an exceptional human being.
Thank you Rom for so many joyful moments.Report

Professor Rom Harré, had a recurring visiting post in the Philosophy, Computers and Cognitive Science (PaCCS) at Binghamton University through the nineties. I was attracted to that program because of his affiliation and at the time he was facilitating students to continue studying with him at Oxford. The way he taught at Binghamton was quite a shock though. He would come each Fall and wanted “to be home by Michaelmas,” which is about half way through an American semester. So, we would all have to cram the entire semester in as fast as possible in both of the classes he typically taught. The pace was intense and required that I spend a lot of time in his office getting personal tutoring. Because of that I spent more time with him than any other professor there except for Professor Eric Dietrich, my advisor. I learned almost everything I know about philosophy of psychology and philosophy of embodiment from Rom and to this day I use examples and ideas lifted entirely from his lectures in my own classes. He was bright, funny, good natured, and always available during his office hours. I will miss him and hope to live up to the standards he set.Report

I regret that I have just heard of Rom Harre’s death. I studied philosophy of science with Rom at Linacre College, Oxford in 1967-68. I will always be grateful to Rom for giving me the opportunity broaden my horizons.Report