While outsiders appear reluctant to challenge leadership within a field when the star is alive, the loss of a luminary provides an opportunity for fields to evolve in new directions that advance the frontier of knowledge. 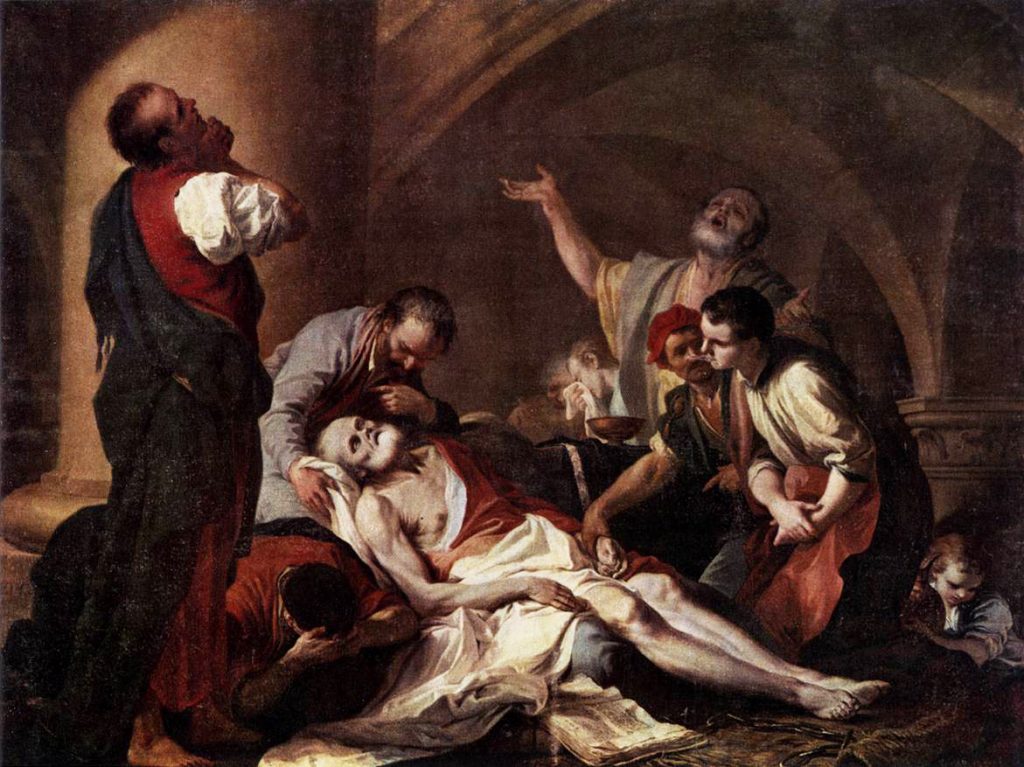 That’s from the abstract of a recent study of progress in the life sciences. In “Does Science Advance One Funeral at a Time?“, published in American Economic Review, authors Pierre Azoulay (MIT), Christian Fons-Rosen (UC Merced), and Joshua S. Graff Zivin (UCSD) “examine how the premature death of 452 eminent scientists alter the vitality (measured by publication rates and funding flows) of subfields in which they actively published in the years immediately preceding their passing, compared to matched control subfields.”

What did they find?

To our surprise, it is not competitors from within a subfield who assume the mantle of leadership, but rather entrants from other fields who step in to fill the void created by a star’s absence. Importantly, this surge in contributions from outsiders draws upon a different scientific corpus and is disproportionately likely to be highly cited.

What explains this phenomenon? The authors do not think that “stars use their influence over financial or editorial resources to block entry into their fields.” Rather, other factors play a role. The most significant they dub “Goliath’s Shadow”:

[O]utsiders are simply deterred by the prospect of challenging a luminary in the field. The existence of a towering figure may skew the cost-benefit calculations from entry by outside scholars toward delay or alternative activities. Stars that were especially accomplished appear to be an important deterrent to entry, with their passing creating a larger void for non-collaborators to fill. Rather than directly thwarting the efforts of potential entrants, it appears that the mere presence of a preeminent scholar is sufficient to dissuade intellectual outsiders from engaging with the field.

They were only able to find “tentative evidence” (evidence that did “not reach statistical significance”) for what they call “Subfield Coherence”:

Entry into a field, even after it has lost its star, may be deterred if the subfield appears unusually coherent to outsiders. A subfield is likely to be perceived as intellectually coherent, when the researchers active in it agree on the set of questions, approaches, and methodologies that propel the field forward. Alternatively, a field might be perceived as socially coherent, when the researchers active in it form a tightly-knit clique, often collaborating with each other, and perhaps also reviewing each other’s manuscripts.

Similarly, there was some, but “not always statistically significant”, evidence for the effect of “Incumbent Resource Control”:

[R]esources can be controlled indirectly through the influence of collaborators. If incumbent scholars within a field serve as gatekeepers of funding and journal access, they may be able to effectively stave off threats of entry from outsiders. The same may be implicitly true if collaborators are the recipients of the lion’s share of funding within the field… While subfield expansion [after the death of a ‘star’] is the rule, it appears more pronounced when stars have relatively few collaborators in influential positions, or collectively capture a smaller portion of the funding that supported research in the subfield… Coauthors, either through their direct effort to keep the star’s intellectual flame alive or simply by their sheer (financial) dominance in the field, appear to erect barriers to entry into those fields that prevent its rejuvenation by outsiders.

The authors speculate about the generalizability of their findings:

It is unclear how the lessons from that setting might apply to other fields inside the academy. In particular, when frontier research requires access to expensive and highly-specialized capital equipment, as is sometimes the case in the physical sciences, the rules governing access to that capital are likely to favor succession by insiders. At the other end of the spectrum, more atomistic fields where scientists generally work alone or in very small groups may evolve in a more frictionless manner.

To what extent, if at all, is there a similar phenomenon in philosophy?

There are some armchair reasons to be initially skeptical. For one, philosophy is among the “more atomistic fields” in which scholars tend to work alone. Compared to the life sciences, in philosophy, there are few labs and research teams that seem to supply the kind of network density upon which a “Goliath’s Shadow” could be as clearly and strongly cast. For another, argument and disagreement play such a central role in philosophy, with established figures seeming to serve more as lures and targets for newcomers than as deterrents.

But it seems worth taking a more careful look. Who are the philosophy stars whose deaths we should pay attention to in this inquiry, and  what happened to their subfields after their deaths? Has there been much research on this?

One possibly useful example here is the death of John Rawls in 2002 and subsequent changes to political philosophy. Robert Nozick once wrote, “political philosophers now must either work within Rawls’s theory or explain why not.” That was in 1974, but even if we look at the period of time closer to when Rawls died, say, the late 1990s, it was still the case that he dominated political philosophy. In the years following his death, have we seen something analogous to the subfield expansion that Azoulay et al find in the life sciences?

I haven’t looked at the kind of data Azoulay et al did, so what follows may just be my distorted impression of the field, but the answer does seem to be yes. Political philosophy has increasingly been drawing on work from more areas (e.g., social epistemology, philosophy of race, women’s and gender studies, social psychology, to name a few) and seems more welcoming to different kinds of scholars focusing on different kinds of research subjects (particularly more “real world” phenomenon, such as propaganda, mass incarceration, racism, transitional justice, etc.) than it previously did. Political philosophy circa 1992 looks very different from political philosophy circa 2012. Of course, even if these observations are accurate, we don’t have enough information at this stage to figure out what brought about these changes. We may have a reason to look into it further, though.

It would be interesting to hear relevant observations from those working in other subfields of philosophy.

The data are so sparse that it’s hard to tell correlation from causation here. Metaphysics in the 2001-present looks very different than metaphysics in 1981-2000. And in many ways, it looks a fair bit less Lewisian. Is that because of Lewis’s death, or is it because of trends that were already building up in the 1990s, coupled with some signature events (like the publication of Fine’s 2001 Imprint paper), naturally led to a turning point around the early 2000s. Probably a little of column a and a little of column b, but we’d need to run history through a bunch of times to really tell.Report

I’d be interested to hear from philosophers across a wide variety of subfields: who needs to die for your area to make better progress?Report