The following is a guest post* by Hasko Von Kriegstein, an assistant professor in the Department of Law & Business at Ryerson University, regarding matters related to Brexit. 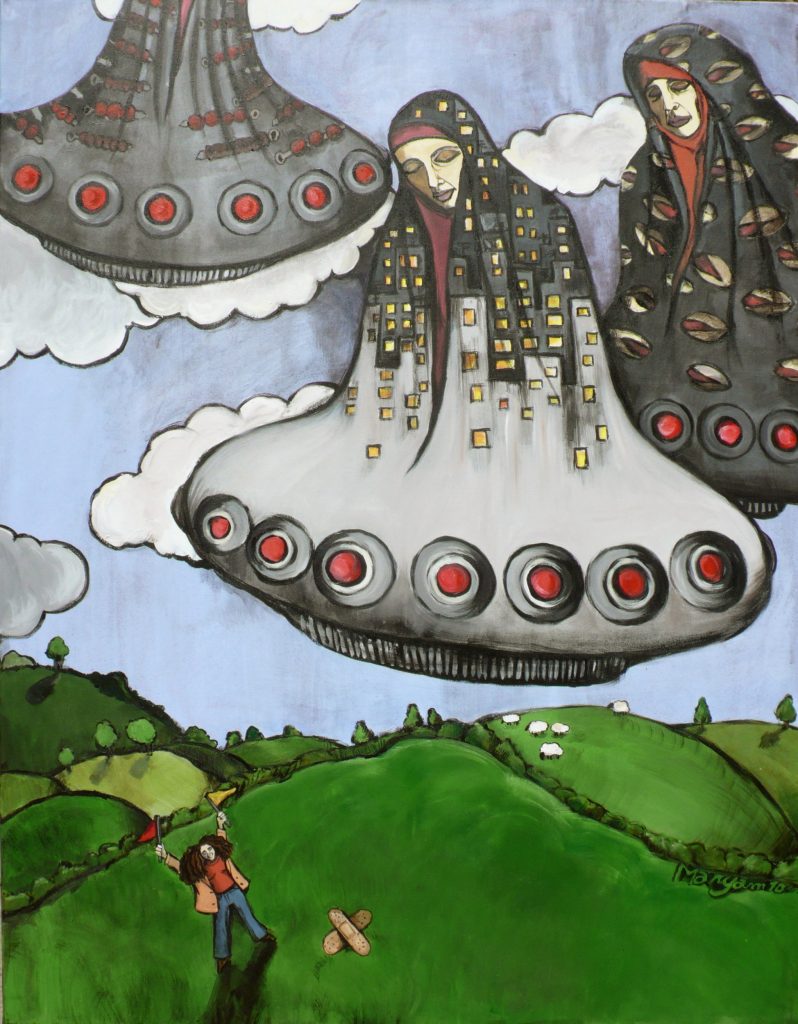 Brexit continues to make international headlines. The desire to leave the EU appears to be, in large part, driven by a desire to limit immigration. This brings many questions about immigration to the forefront, among them the question whether immigrants have a duty to integrate into the receiving society. Many in Britain seem to think that there is. In 2016, for example, then communities secretary Sajid Javid stated: “for too long, too many people in this country have been living parallel lives, refusing to integrate failing to embrace the shared values that make Britain great.” 2.5 years later, former prime minister Tony Blair concurred: “ [Government] has to be a passionate advocate and, where necessary, an enforcer of the duty to integrate while protecting the proper space for diversity. Integration is not a choice; it is a necessity.”

I do not hold strong views, one way or the other, on the question whether there is a duty to integrate. What I argue here is that, in the case of Britain, the question is moot. That is because it is impossible for immigrants to Britain to refuse to integrate into British society. Consider the following argument.

(1)   Any immigrant into British society either does, or does not, make an effort to adopt the local lifestyle.

(2)   An immigrant who makes an active effort to adopt the local lifestyle is not refusing to integrate.

(3)   An immigrant who adopts an essential characteristic of the receiving society is not refusing to integrate.

(4)   Moving to a foreign country without making any effort to adopt the local lifestyle is an essential British characteristic.

(5)   An immigrant to Britain who makes no effort to adopt the local lifestyle is not refusing to integrate. (from (3) and (4))

The argument is valid. Is it sound? Claim 1 is a logical truth. Claim 2 strikes me as uncontroversial. Claim 4 is strongly supported by the history of British colonialism. Claims 5 and 6 follow from the other claims. That leaves claim 3. One might be tempted to think that an immigrant’s adopting a single essential characteristic of the receiving society is not sufficient to rule out the possibility that they are refusing to integrate. This objection may come in two forms.

On the one hand, it might be thought that an immigrant needs to adopt all, or most, or at least more than one, essential characteristic of the receiving society. That this is an unreasonably high standard becomes clear once we recognize that many native members of an even moderately diverse society will not possess many essential characteristics of that society. This is certainly true in Britain today. And while we might expect immigrants to integrate, we cannot in good conscience require immigrants to Britain to become more British than the British.

On the other hand, it might be argued that the immigrant to Britain who makes no effort to adopt the local lifestyle, while thereby adopting an essential British characteristic, is doing so merely by accident. Such accidental adoption of an essential characteristic, it might be thought, is not enough to defuse the charge of refusal to integrate. We can spell this requirement out either de re or de dicto. Under the de dicto interpretation, we would require an immigrant to adopt an essential characteristic explicitly so that they fulfil their duty to integrate. This is unreasonable. There are surely many well-integrated immigrants who never adopted any part of their lifestyle explicitly as a means to fulfilling their duty to integrate. Under the de re interpretation, we would require that the immigrant adopted the characteristic in question consciously and on their own accord. For this condition to fail, in the case of the essentially British characteristic under consideration, the immigrant would have to be prevented from adopting the local lifestyle, either by outside forces or by their own incompetence. In either case, it would be false to say that they are refusing to integrate.

I conclude that, while the question whether immigrants may rightfully refuse to integrate into a receiving society might be a difficult one, Britain may rest easy. For, in the case of Britain, refusal to integrate is a logical impossibility.

Something hangs on the interpretation in 4 of ‘moving to a foreign country’. If it is read as ‘a country other than Britain’ – which is the extension at play in colonial history – then the argument doesn’t go throughReport

If you’re correct, then I would also be integrating into the US if I were to move there and do nothing but operate an armed anti-US movement. Because I’d be appreciating firearms, which is an essential American characteristic.

Presumably this piece is somewhat tongue-in-cheek, but it’s both public and not *obviously* a joke. If a non-philosopher were to wander in and conclude that philosophers aren’t worth paying attention to if this is the best they have to offer, I couldn’t really blame them.

As for the argument, premise 3 is obviously false, and the argument is not actually phrased sufficiently rigorously to be logically valid.Report

If, on the other hand, a non-philosopher were to wander in and read this comment, who could blame them for concluding that philosophers cannot spot an obvious joke? Especially when the piece in question is tagged as humor…Report

I think (4) flagged it as a joke.Report

And yet as a Brit I have to say, it is bloody accurateReport

I conclude that some philosophers are humourless sods. Gut geschrieben Hasko.Report

A joke, albeit puerile and mildly offensive…Report

What is (more than mildly) offensive is how many Brexiteers manage to combine an uncritical glorification of English history with a victimization narrative where UK society is overrun by non-integrating newcomers. I take it that’s the point of this satirical piece.Report

Cute, but I hope that the analogy between immigration and imperialism is one that von Kriegstein wants to promote.Report

I’d say that if you’re cool with imperialism, you don’t have standing to make moral objections to immigration. But that’s probably as far as I’d go.Report

I’m sorry, but you repeat a common canard.
(“The desire to leave the EU appears to be, in large part, driven by a desire to limit immigration.”)
This is simply not true. It is even insulting.
The support for leaving the EU is because we don’t feel we belong in a new EU country.Report

That is the primary motivation for Brexit. One of the reasons that some people become aware of it is their concern with immigration, which as a nation they do not have the power to regulate. Even if this secondary motivation were wrong, it wouldn’t make the primary one unsound. On the other hand, the fact that high-minded society thinks it is wrong doesn’t make it so.Report

It is a joke, it is funny. But often jokes reflect humor off of uncomfortable truths. That is (as far as I can tell) what this one is doing.
We are ok with the obvious uncomfortable truth, which is the history of Britain’s colonialism. It is obvious to us because it is the ok one. However, there is a parallel uncomfortable truth (which is not ‘ok’ to think about, and hence not obvious), which is that non-integrating immigration of non-Europeans into Europe is actually in the same category as colonialism– culturally corrosive ethnic incursions by ethnically foreign populations. Of course, non-integrating immigration to European countries is FAR less damaging to the native cultures it abuses than European colonialism was to its victims… but does that comparison matter when deciding what to do now? Maybe, it does. But my guess is that that isn’t the quasi-moral motivation of anti-brexit sneerers. My guess is that the moral feeling that tempered the amusement this article sparked had the propositional parallel ‘yes, the British deserve it.’
Maybe I’m wrong that non-integrating immigration is an abuse. But that is the idea the joke turns on, and I think we should be careful not to allow uncritical eye-for-an-eye pseudo-moral reactions to structure the decisions we make and to turn up our noses at the complaints of people who feel (feel, at least) the continuation of their culture threatened in their own towns and villages.

(For personal context, my family comes from a Lincolnshire town where the semi-agrarian, thoroughly and homogeneously English, almost (to my American eyes) hobbit-like culture was replaced in the space of a single generation with the structurally disruptive and deeply (in a phenomenological sense) foreign cultures of large Polish and Pakistani populations).

Hasko, with relation to you, I mean this comment as a compliment. You made me laugh and stirred me to think.Report

You chose not to draw a distinction between emigrating and colonizing. However in not doing so you highlight exactly what is unwelcome. When a significant number of people leave their homeland and make another place their home without assimilating, perhaps they are indeed colonizing.Report