Andre Santos Campos, a research fellow and assistant professor at the Nova Institute of Philosophy at Nova University of Lisbon, has won the 2019 Brian Barry Prize in Political Science. 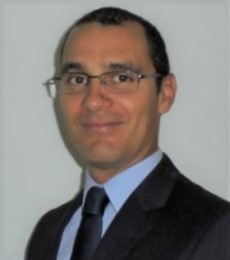 Dr. Campos won the prize for his essay, “Representing the Future: The Interests of Future Persons in Representative Democracy.”

The prize is awarded by the British Academy in partnership with Cambridge University Press and the British Journal of Political Science, in which the winning essay will be published. Created in 2014, the prize honors the late Brian Barry, well-known for his work in political and moral philosophy, and who was a founding editor of the journal and a distinguished fellow of the British Academy.

As Dr. Campos notes, “Brian Barry was one of the first major political theorists to bring attention to the challenges posed by intergenerational justice to contemporary liberal democracies, especially concerning the future. This is undoubtedly one of the most pressing areas of research in political studies nowadays.” He adds, “To be able to contribute to it with my own research while following Professor Brian Barry’s footsteps is a privilege I accept as carrying great responsibility.”

You can read more about this prize, and see a list of previous winners, here.