The following is a guest post* by Jennifer Morton, associate professor of philosophy at the City College of New York and CUNY Graduate Center. 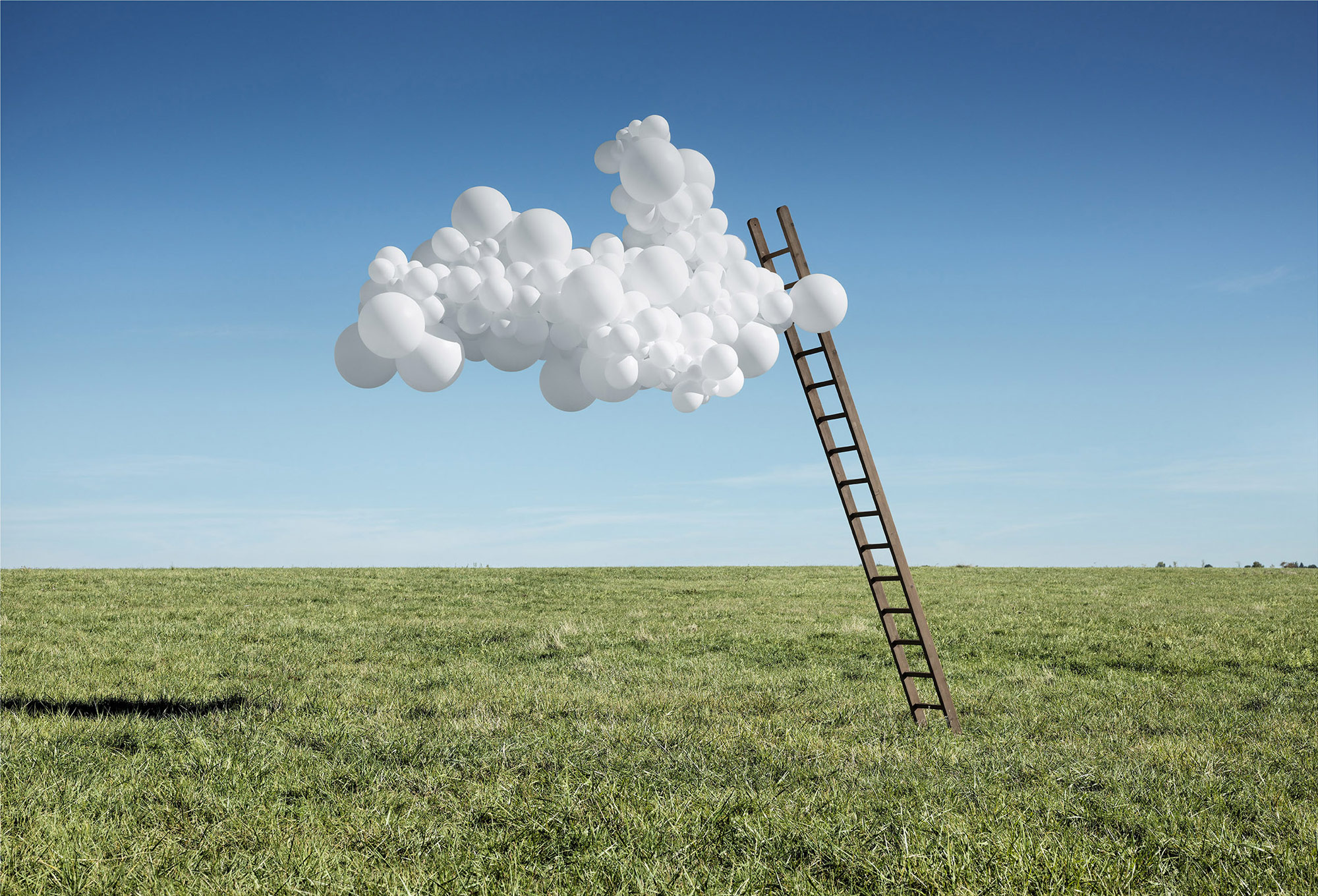 A few weeks into teaching a philosophy of action course at the City College of New York, one of my students exclaimed in exasperation something along the lines of, “We are just talking about the problems of privileged, white people here!” Several other students concurred. I urged them to say more. The examples, one of them explained, were disconnected from their experience of making choices. She didn’t have a second-order desire that her desire to go to her job as a cashier at Walgreens be effective over her desire to stay in bed in the morning. She had to work. Her job sucked, but she did it. Their critique resonated with me. I too had had the experience of reading philosophy and thinking that it wasn’t about people like me. Now, after years as a professional philosopher with a decent salary, I have come to see more of my life reflected in the literature—decisions about whether to agree to referee a paper or where to go on vacation seem relevant rather than fanciful.

But the complaint my student lodged raises a serious worry for our profession. Philosophers tend to come from a narrow slice of the population. The worries about the profession’s elitism, whiteness, and maleness have been well-documented and discussed here and elsewhere. But even those of us who buck the demographic trends might find that after years of professional philosophy, we start to sound more and more like our colleagues than like the friends and family with whom we grew up. This is the predictable result of training, socialization, and years of immersion in the system of higher education. One might argue that this is the price of expertise. But it also means that even as the demographics of our profession continue to improve, our epistemic blinders might not be mitigated quite as rapidly. Of course, work in epistemic injustice, non-ideal theory, philosophy of race, and philosophy of gender is starting to become more widely accepted by the analytical mainstream. Surely this is to some extent due to increasing demographic diversity in the profession. Yet, we still focus too often on the problems of middle-aged, middle-class academics at the expense of the rich variety of human experience out there.

Maintaining a porous boundary between philosophy and non-philosophers is not simply about fixing our marketing problem or about bringing philosophical ideas to the public square. It is also about pushing those of us within the profession to consider a broader range of experiences in the philosophical work we do. Sometimes our work is hard for the public to appreciate because it is rigorous and understanding it requires training, but often it simply doesn’t resonate with the experiences of many outside of the academy.

When I started working on my forthcoming book on the ethical costs of upward mobility, I found myself hamstrung by the philosophical methodologies that I had been trained in as an analytical philosopher. I was taught to analyze and evaluate arguments, find counterexamples, identify weaknesses, and put forward my own arguments. Arguments that would receive the same critical feedback from my peers. Yet, in writing this book I was interested in a topic that was not being discussed by analytical philosophers—the ethically challenging experience of seeking upward mobility through education—and I wanted to write a book that would accurately capture the experiences those students were having. The social science research on this topic was critical in helping me further along in my project (another reason to embrace a porous boundary with other academic disciplines), but I also felt that it didn’t go far enough in asking the sorts of questions I was interested in: What is it like for a striver (one seeking opportunities for upward mobility through education) to have a foot in both worlds? How do strivers think of the value of what they sacrificed in their path and of what they gained? And how do they contend with the demands of family, friends, and community when these demands come into conflict with their educational trajectory?

As a first-generation student myself, I had a sense of my own answers to those questions, but I wanted to have a dialogue with those whose experiences hadn’t yet been filtered by years of experience in professional philosophy. So, I conducted about three dozen interviews with people who had been first-generation college students and were now successful professionals, of whom only a couple of were academics. It was an exercise in philosophical ethnography. I’m not a social scientist, so this wasn’t meant to be a study from which I could form generalizations or draw broad empirical conclusions. I relied on work by trained social scientists for that (and there are important questions about training that deserve their own discussion), but I wanted to approach the ethical question from the ground up. Fortunately, this isn’t as uncommon in philosophy of education, especially in education schools where disciplinary boundaries are routinely crossed. Meira Levinson at the Harvard School of Education has been developing richly-described normative case studies that are drawn from real dilemmas facing educators and schools. Doris Santoro at Bowdoin College has been writing about the ethical experiences of teachers on the basis of her own interviews. Yet this approach is not as common in analytically-minded philosophy departments. There are exceptions. X-phi philosophers are interested in discovering what the public’s intuitions are about a wide range of cases of interest to philosophers. But this approach seems inadequate to addressing the concern I’m raising. We need methods that allow us to be genuinely open to new questions and topics of research that speak to broader segments of the population.

The concern I’m raising here is not new. Recently, Kristie Dotson has raised similar concerns in her paper “How Is this Philosophy?”. Dotson seeks to challenge what she calls the culture of justification in philosophy that relies on legitimizing views by appealing to widely accepted set of ‘traditional’ or ‘mainstream’ practices, beliefs, and standards that historically have excluded those who are under-represented in our profession—minorities and women. She suggests that we embrace a different culture of praxis in which different cannons, methodologies, and practitioners are welcome within the umbrella of philosophy. What I’m suggesting here is that we think of public philosophy as an arm of that expansion—doing philosophy with the public not just because of what we think we can offer with our expertise, but because of what we think the public can offer philosophy. Barry Lam’s excellent podcast Hi-Phi Nation, offers a model here not just of how to bring philosophy to the public but of how the public can be a fecund source for interesting philosophical questions and insights. And I saw this in my own experience working on the topic of upward mobility. My philosophical expertise allowed me to analyze and defend a set of claims that form the linchpin of the book, but it was the interviews that I conducted that allowed me to capture the heart-wrenching, ethically complicated nature of upward mobility. Strivers told me about the regret and guilt they felt about their fraying, complicated relationships with those with whom they grew up and how this affected their understanding of themselves. Even though the experience of strivers is a rich topic for ethics (and political philosophy), if they had turned to contemporary analytical philosophy, they would have found little that would speak to it.

The image of the philosopher in the public square is at least as old as Plato, of course, and so there is a sense in which doing public philosophy has always been at the heart of our discipline. Yet, too often this model is thought of as one in which the sage shares his wisdom with the folk; it is time that we recognize that the folk have something to teach us. 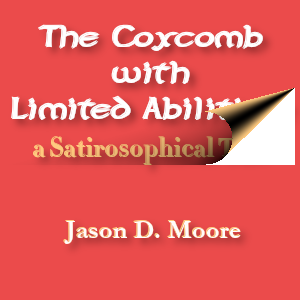 Killing it Jennifer! Interviewing tons of people to learn something and then using what you’ve learned to write about some bigger ideas……what a shame that we’re in a field (academia) where there’s a constant asshole inside our heads saying “what methodology is this?! what are the standards!?, are you qualified?!.” Okay maybe its sometimes outside our heads too. Call it whatever it is, its journalism, its learning, its whatever it is curious people outside of academia do, sometimes make a good living at it, many times they do it far better than us! So glad to have you in.Report

Thank you Barry. Your work is an inspiration!Report

There is a wonderful essay by Amélie Oksenberg Rorty addressing with considerable and provocative insight the topics broached by this post and which I have the temerity to recommend to all readers: “Socrates and Sophia Perform the Philosophic Turn,” in Avner Cohen and Marcelo Dascal, eds., The Institution of Philosophy: A Discipline in Crisis? (Open Court, 1989): 271-282. Although my Marxist suffused worldview (meaning it is Marxist +) and radically democratic sensibilities would have perhaps used somewhat different language and distributed the emphasis a bit differently to make the very same case, that in no way diminishes my appreciation of and fondness for her “sketch [of] a day-dream [a description that does not do the piece justice] about what philosophers could now usefully be doing.”Report

Very, very well.
Philosophy is for life… It is practce.
In this line, the Prof. Jose Barrientos teach Philosophy.
I think that we have (the professors of Philosophy) to teach Philosophy with a method. In this order, i refer to read the book: PHILOSOPHY: A GLOBAL VISION.Report

Wonderful post. Especially resonated with these questions: “What is it like for a striver (one seeking opportunities for upward mobility through education) to have a foot in both worlds? How do strivers think of the value of what they sacrificed in their path and of what they gained? And how do they contend with the demands of family, friends, and community when these demands come into conflict with their educational trajectory?”

This is one reason why having more, say, Indian philosophy in syllabus is necessary but not sufficient to engage with the issues of diversity. There are many philosophical questions pertaining to having a foot in both (or many) worlds which can’t be reduced to taking classes about Nagarjuna or Shankara.

The same point applies of course to many whites who are first generation college students. Or who come from strongly religious families. Or from conservative families etc.

As academic philosophy becomes more diverse, the experience of two worlds will apply even to the formerly privileged whites. Since as academia changes, the distance between academia and their home life will grow, resulting in exactly the two worlds kinds of issues.

Thinking through the questions Morton raises can therefor be a great way to bring people together, to talk about the various shared experiences of double consciousness. Looking forward to that future!Report