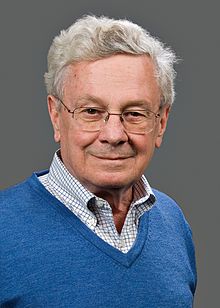 Dr. Callahan was known as one of the founders of contemporary biomedical ethics research, and the Hastings Center he created with Willard Gaylin has served as the home to many influential figures in the field.

A prolific author, Dr. Callahan’s own research covered a wide range of subjects, from abortion to euthanasia, embryo research to elder care, autonomy to the common good, health care policy to the idea of a good death, and much more.

Dr. Callahan was an undergraduate at Yale, received his MA from Georgetown, and earned his PhD at Harvard. During his time at Harvard he became editor of Commonweal, a Catholic magazine, but later left the Catholic Church, traveled the world to study how different cultures thought about and regulated abortion, and in 1969 launched the Hastings Center (originally called the Institute for Society, Ethics, and Life Sciences).

Straddling the academic and non-academic worlds, Dr. Callahan may be thought of as one of the world’s most influential public philosophers.

As Mildred Z. Solomon puts it in a detailed obituary of Dr. Callahan that she wrote for the Hastings Center:

When Callahan began his philosophical career in the 1950s, many philosophers in American universities were doing work in the analytic tradition, far from the public square. At that time, the philosophers who did broach policy questions tended to be deeply skeptical about the value of talking in public about “the good.”  Because Callahan thought that philosophy should contribute to the public square, and that robust conversation about “the good” should be an essential part of that contribution, he was, at the start of his career, a rebel among academic philosophers.

In addition to Solomon’s obituary, see also this one by Tom Murray at Bioethics.net.

RIP. His Troubled Dream of Life is one of my favorite books in the end-of-life literature.Report

His work and published writings were always amongst the best in the field. Throughout my years of teaching medical ethics his views were always pones that inspired me and my students. We have lost a great one.Report