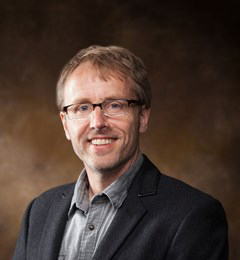 Professor Lyons, who works mainly in epistemology, cognitive science, and philosophy of mind, will be taking up the Chair of Logic and Rhetoric at Glasgow (a position once held by Adam Smith, among others). He will have an appointment at the Centre for the Study of Perceptual Experience and be a member of the steering group for Cogito, the Glasgow epistemology research group.

Well Jack, had I read your CV earlier than now, I’m not certain I’d have the pluck to congratulate you on your Oxford publication of 2009, which I proudly purchased, and devoted much time to learn the prescriptive glossary so I could fully understand the thesis of your book. It was worth the study, and I hope you’ll grace me — and the rest of us “amateurs,” as understood in the literal sense of joyous lovers of [philosophy]. Your book inspired so many questions I might have put to you, since I developed quite a thirst for what you were propounding.

It cannot be that an Irishman, especially a learned one, wouldn’t fall in love with Glasgow: I myself became affianced to the city’s and the country’s momentous spirits for the several weeks I spent in Glasgow some years ago. You could make your measured mark along the Great Glen, conquering that fabulous hike, until you reach Inverness, the jump-off point to the true Scots Highlands which, though well depopulated because of those infernal Campbells’ ambushes of the noble MacDonalds, nevertheless prove to the world that Scotland is Brave, yes, but Scotland is indomitable and forever, too. Were you to set an eye on Loch Ness during an overcast sky, you too would believe as I do that fairies and ethereal little puckish folk are part and parcel of the world of . . . imagination!, and no less real for that. Theological expectorations since the earth cooled off, and persisting in full bloom right to the present era, adulate the “child” as having a profound, if autonomic or instinctive, grasp of a greater world that our eroded imaginings have delivered us as we age. I’d like to spend more of my time investigating why all the sapients were ensorceled by this notion. Although I’m 400+ pages into this disquisition and must pare away at least 250 pages of my best writing in order to be more cogent, with no sentence surplusage, with each sentence able to stand alone.

I don’t think anyone much will be moved to read the best I can conjure or confect, but then I’m content to know that this may be a necessary enterprise, to keep my brain (and heart: remember that Aristotle believed thinking to emanate from the heart and not the brain: something that perforce makes more sense to me the older I grow).

Your work, your labors as you lucubrate over what has these days has become a science (or very nearly so), is astoundingly brave as you face down of all those philosophers of yore, lazily comfortable in expatiating generally about notions left intact by being protected from the “cold knife-thrust” (Nietzsche) of the syllogism, or just the innocent question posed by the simple, yet deeply profound mind.

Please let me know where I can acquire (read “buy”) your writings, Jack. You know how much I loved your dad, drawn to him as I was, like a moth to a flame. Your father was capable of so many things, I only wish I could have been there at the apex of his career and his off-handed thoughts. Perhaps only a graced combination of your mom and dad could have suffused you with that volcano of wisdom and intelligence. Some of us still await — not the Second Coming — but evidence of the next pyroclastic cloud exploding from your wondrous and adamantine mind.

Good luck in Glasgow — and save yourself a night of dyspepsia by avoiding haggis! I’ll always be thinking of you, and manifest everywhere my pride in your warm personality and great mind, a miraculous combo.