John Greco, currently the Leonard and Elizabeth Eslick Chair in Philosophy at Saint Louis University, will be moving to the Department of Philosophy at Georgetown University. 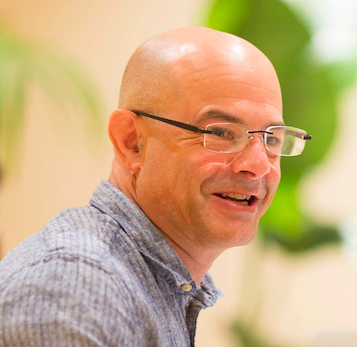 He starts his new position at Georgetown in January, 2020. Georgetown’s announcement is here.

And even before that it's a turtle. And then more turtles.

This is mostly fair, but I feel you are giving too much credit to the Babylonians here, even if you are right to point out […]

I think Thales is often given too much credit for allegedly spearheading the idea that 'water' is of important philosophical significance. The rather derivative work […]

ps: One can imagine a web-page (lightly moderated, perhaps) where anyone interested can post their starters and invitations to respond. A PhilPapers-to-be page.

It can be. But not necessarily since there are geniuses who decide not to even pursue professional philosophy.

In the XX century the verifiability of a scientific theory was considered and eventually, with K Popper, assumed not to be possible. Approximately in 1270, St […]

If you clean a vacuum after you use it,  don't you become the vacuum cleaner?

I like your second one, but I've always coupled that example in my head with football teams punting 4th downs as opposed to running the

Richard, many thanks for that! I like your idea of a link-list! Many promising but half-baked ideas that would otherwise get lost could this way,

The goal is not to kick ass, the goal is to look good doing it; kinesthetic aesthetics and the aim of the martial arts. On […]