A group of undergraduates at Northeastern University studying philosophy, political science, computer science, data science, economics, and other subjects teamed up on a surprisingly interesting and sophisticated project to rank the cutest dog in the university’s Department of Philosophy and Religion.

Called The Cute Dog Project, it attempted to address “a topic about which there has been long-standing and passionate disagreement” in “a philosophically and scientifically rigorous way.”

(This is how we start weeks in the summer time, people. With cute dogs.)

One reputable method of settling disputes in judgement is to vote. We decided to run a vote to settle whose dog is cutest in the Philosophy & Religion Department (students, faculty and staff) at Northeastern. However, answering the deceptively simple question of “Who has the cutest dog?” actually requires answers to several other difficult questions in the areas of democracy, ethics, and social choice, such as:

Determining whose dog is the cutest required us to design a system informed by democratic theory, social choice theory, information ethics, value theory, critical theory, and philosophy of science. We had to grapple with the same sorts of issues that arise in democratic practice and social decision-making in other contexts—for example, selecting a presidential candidate from a crowded primary field or selecting applicants for admission to a competitive university.

Voting was open from April 3 to April 22, where almost 60,000 votes were submitted by almost 1,000 unique voters. After the contest, we used a social choice method called Ranked Pairs to identify the winner. The winner of the contest was Pearl! 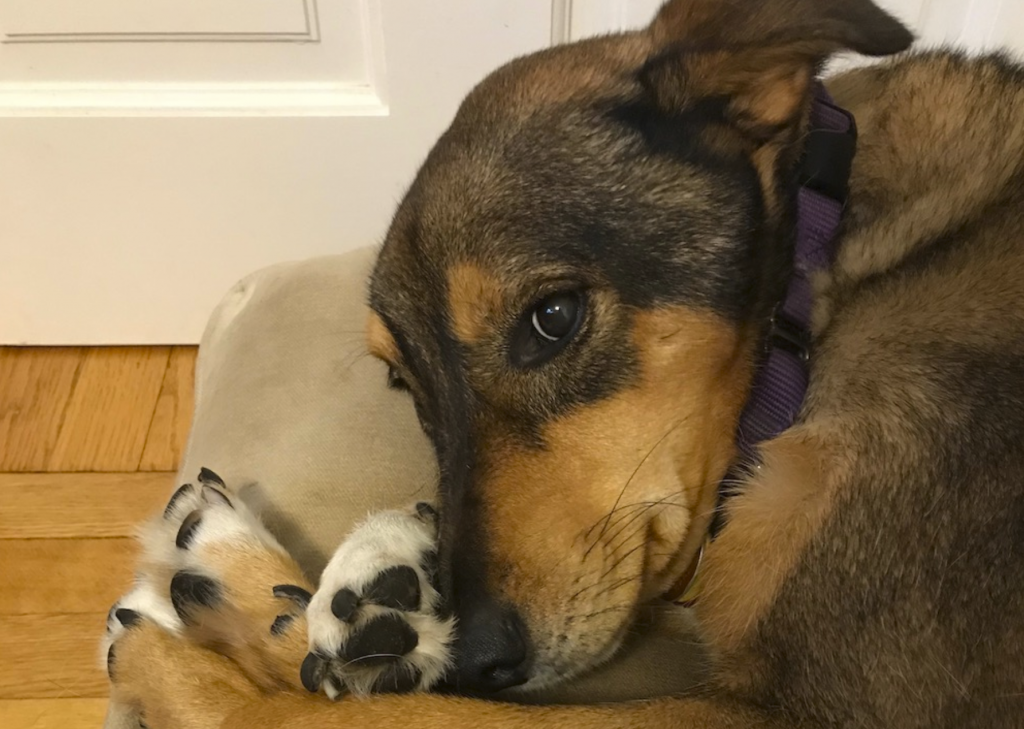 You can explore their site to learn the details of the project, meet the team members, and explore the concept of cuteness.

Interested in settling who has the cutest dog in your department? Or cuddliest cat? Or spikiest hedgehog? One of the team members, Julian Zucker, wrote to me:

I noticed that there were no open-source libraries that allow people to easily run social choice mechanisms on vote sets. So, I made one! I hope it can be useful to other philosophers and students who are implementing voting systems in practice.

He also wrote in with a query:

As part of the dog project, we collected pairwise preferences (Dog A is cuter than Dog B), and eventually we wanted to run Borda count* on the dogs. However, Borda count is position-based, and so you have to convert the pairwise preferences to an ordering. With this real-world dataset, some of the preference sets were incomplete (not covering all dogs) or intransitive. I searched for ways to convert pairwise vote sets into orderings, but couldn’t find any papers on the subject. Have you heard about this, or know where I could research further/who I could ask about it?

Readers, perhaps you could help out with this? 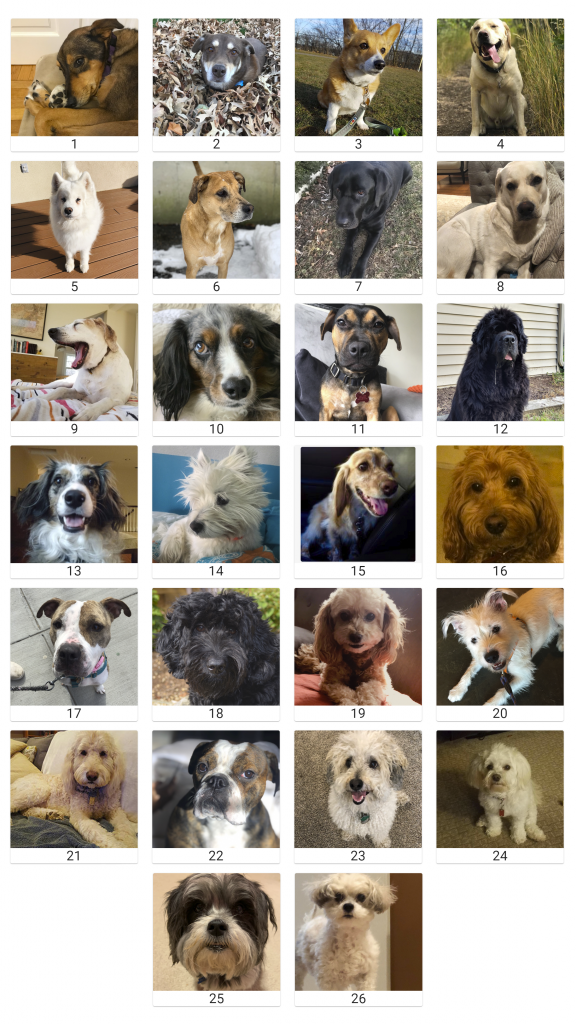 I find the premise deeply objectionable! Why would we ever be forced to set up a hierarchy of dog cuteness?

Look into the eyes of Dog #10 and tell me that you can contemplate comparing his absolute worth to the worth of any other dog.

There’s a metaphysical problem here that looms large as well. I am melting at #9 while yawning. Is he that cute when he’s not yawning? Are we talking cuteness at a time, cuteness over time, idealized cuteness detached from any details? Do we evaluate all the dogs’ properties? What about the smelly dog with the soulful eyes? What about the flatulent dog? Why are we limiting this project to visual characteristics?

I can’t help but look at #22 and #25 and reconsider any hubristic impulse to rank these dogs. And I strongly urge the Northeastern philosophy department to do so as well.Report

If you have finitely many options, you can ask: which options are weakly preferred to all possible options? By Lemma 1*L of Sen’s 1970 Collective Choice and Social Welfare, such an option will exist. The set of all such options can be understood to be “ranked first” in the ordering. Then, take the set of options excluding those things that are ranked first (ie the complement of the first-ranked options) and repeat: which options are weakly preferred to all other remaining options. Again, the same reasoning leads us to conclude that some options will be so preferred to all other remaining options. Repeat; since we have finitely many options, the process will terminate.

This is not very elegant, though. There are probably less computationally demanding ways to get an answer.Report

They are all so cute I want one.Report