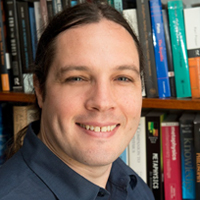 Professor Wallace is well-known for his work in philosophy of physics. He is the author of The Emergent Multiverse, along with many other publications. Prior to his appointment at USC in 2016, he was faculty at Oxford University.

He takes up his new appointment in the Fall.