The Executive Committee of the British Philosophical Association (BPA) has issued a statement responding to Brazil’s president, Jair Bolsonaro, who last week proposed that federal funding for the study and teaching of philosophy and sociology be ended. 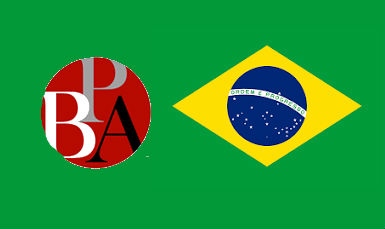 The British Philosophical Association is highly alarmed by President Bolsonaro’s plans to remove funding from Philosophy and Sociology in Brazilian Universities.  Such a move is not in Brazil’s interests – having well-funded, vibrant, internationally-connected philosophy and sociology departments is crucial to healthy universities and, by extension, to healthy societies. Philosophers, alongside colleagues in the humanities, arts and social sciences, have a crucial role in helping us to understand, question, invent and reinvent the communities, towns, cities, societies and economies in which we exist. They help us understand what is valuable and why. They help us understand the results and implications of the fruits of science and technology.
The proposal to defund philosophy departments in Brazil is bad for philosophy as a worldwide discipline; philosophy directly benefits from the diversity of experiences of the people that contribute to it. Brazil has been home to generations of distinguished philosophy scholars: Paulo Freire, Oswaldo Chateaubriand, Newton da Costa, Walter Carnielli, Itala D’ottaviano, Vladimir Safatle, Ana Paula Cavalcanti Simioni to name but a few. Brazil’s philosophy departments attract visiting philosophers from all over the world to study alongside leading figures. Brazil’s universities have produced philosophers who have gone on to work at leading universities around the world; for example, Roberto Mangabeira Unger is Professor at Harvard Law School, and two of the three Editors-in-Chief of Synthese, one of the world’s top ranking philosophy journals, are Brazilian and trained at the University of Sao Paulo – Catarina Dutilh Novaes and Otavio Bueno.
This move strikes a blow against academic freedom and freedom more broadly; while President Bolsonaro’s statements have been framed as an attempt to channel investment towards programmes of study which might provide shorter-term benefits to Brazil’s economy, the BPA note that authoritarian governments often attempt to silence philosophers and sociologists as a move to make it more difficult for people to express views critical of those in power. The British Philosophical Association calls on leaders around the world to urge President Bolsonaro to reconsider this move.

Readers should consider signing the open letter protesting this proposal.

He did not say that he will end funding philosophy and sociology courses, only that he would cut funds. Both are extremely serious, but different. It’s a different situation than the USA because in Brazil we’re talking about public universities, so the money, by definition, comes from the government.Report

When would it be ok for a government to reduce funds to philosophy departments? Or is the idea that non-academics are not (cannot?) be in a position to hold philosophy professors accountable? In that case, what if a former phil professor, or a current philosophy professor for that matter, who agreed with the proposal was appointed oversee the budget cuts? It’s easy to imagine a Kierkegaard, Schopenhauer, Heidegger, Nietzsche, Wittgenstein or Austin scholar who has a low opinion of academic philosophy or the history of philosophy.Report

Please don’t embarrass yourself further with this silly ‘thought experiment’ that leaves out all of the broader political context, namely that this is a sustained attempt to establish a totalitarian regime in Brazil.Report

I agree it is sustained attempt to establish a totalitarian regime. I agree that is very bad. I am worried about it. But seems we disagree on how to combat it.

I think academic phil not being up front with the public about how it can be held accountable only plays into the framework that Bolsonaro is pushing. There are many things embarrassing about academic philosophy. If professors pretend that’s not true when talking to the public, that seems disingenuous – and ultimately, counterproductive.

Can I say this more easily than you because I am not a professor? Definitely. Doesn’t make me more right or virtuous. If I were a professor, I would be much more concerned because it affects my livelihood in addition to what is good for society. But if professors themselves don’t make this distinction, of course they will seem self interested. That was my point, and nothing in making it makes me feel embarrassed.Report

Here is a featured story on Medium: https://medium.com/s/story/why-i-left-academic-philosophy-dc0049ea4f3a

The author seems to me articulate and thoughtful, with respect for philosophy, if a little strong in how she states her point. Many people think things like this, without being on the far right – who are able to capitalize on it. There are two ways to respond to this: 1) people shouldn’t raise embarrassing ‘thought experiments’, or 2) people should inspire the public by being upfront about the problems with academic phil. If professors do (2), I think academic phil have a better chance of flourishing in society.Report

I’m not unsympathetic to your points, but I don’t think philosophy is any worse on this front than any other discipline (I admit, though, I haven’t thought much about other disciplines, and I have no empirical information backing this up). Does the public have any impression of philosophy at all? Like, if you ask 1,500 randomly selected members of the public what they think about philosophy, do you think “its writing is bad”, “it’s embarrassing”, “the typical philosopher is a contrarian asshole”, and “the profession is silly” would come up?

I imagine that “the public” thinks the same about philosophy as they do about any humanities discipline, with the possible exception of the studies disciplines, about which I’d bet some members of the public thinks they’re left-wing while the rest would have the same opinion about them as philosophy.

Indeed, I think if Trump were to target particular disciplines, he’d be much likelier to target any of the studies disciplines than he would philosophy.Report

I agree 100%. That is part of the problem. 1,500 randomly selected people have not much idea re professional philosophy. So why would they be moved by the idea that it is essential to democracy – and indeed, essential to them as citizens and as thinking beings? Mainly they will shrug their shoulders and move on. Which is what Bolsonaro and others are banking on.

Re “phil profession is silly” and so on – my point wasn’t that most people believe this. As you say, most don’t think anything at all about academic phil. But there are many legitimate criticisms of academic phil – and in response to authoritarians, it is better to face up to those criticisms, and have a professional mea culpa before growing. The “we are super important” to society is not a winning look when the people saying it are also fighting for their jobs.

Agree re the political issue of gender studies depts, and how some of the public has more preconceived, false ideas about that.Report

It would be odd indeed for philosophers to avoid answering the question, “Why is philosophy important?” – especially at public institutions. And the same can be said for all of academia. It would not be surprising if some of the reticence to do so is based in self-interest.

I try to stop a several points in the semester to say why what we’re doing is important. We’ve had to do a fair amount of soul-searching at my institution (a community college) concerning what we should do and are doing for students. Some (non-humanities) faculty wonder aloud whether having our students jump through so many humanities hoops does them a disservice. It my darker moments, I think they may have a point.

That doesn’t mean philosophers should stop thinking (and writing and teaching) about whatever interests them. But it might mean that we’re not in a good position to demand that the public support it in whatever way we see fit. Worse still would be chasing public support by turning philosophy into mere rhetoric in defense of social goods, but that’s a longer discussion.Report