Kwame Gyekye, professor emeritus of philosophy at the University of Ghana, has died. 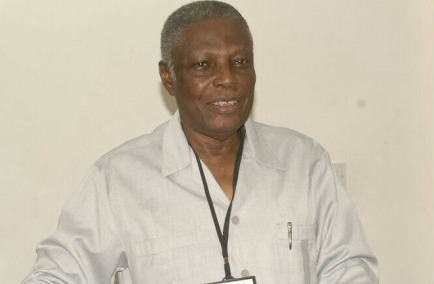 Gyekye was a significant figure in modern African philosophy, known for his work in Akan philosophy, African ethics (he wrote the “African Ethics” entry in the Stanford Encyclopedia of Philosophy), and African political philosophy. He was the author of Tradition and Modernity: Philosophical Reflections on the African Experience and An Essay on African Philosophical Thought: The Akan Conceptual Scheme, among many other works.

In 2018 he was recognized for his efforts in elevating the global status of African philosophy with an Osagyefo Kwame Nkrumah Genius Award.

Professor Gyekye died on April 13. You can read more about him in detailed memorial notices at Ghana News Agency and GBC Ghana Online.

I’m sorry to read this news. Gyekye was a wide-ranging philosopher, but his work on Akan philosophy has been particularly valuable. Incidentally, Gyekye argued against the inclusion of the African-born philosopher Anton Wilhelm Amo’s work within the canon of African philosophy as he understood it: “The cultural or social basis (or relevance) of the philosophical enterprise seems to indicate that if a philosophy produced by a modern African has no basis in the culture and experience of African peoples, then it cannot appropriately claim to be an African philosophy, even though it was created by an African philosopher. Thus, the philosophical works of the eminent Ghanaian thinker Anton Wilhelm Amo, who distinguished himself by his philosophical acumen in Germany in the eighteenth century, cannot be regarded as African philosophy” (An Essay on African Philosophical Thought: The Akan Conceptual Scheme, 1995 [1987], p. 33f.). Gyekye thought, in other words, that who you are, in terms of intellectual identity and tradition, is a question of what beliefs you have, not of your identity at birth.Report

Is that point really controversial though? Ruth Chang isn’t regarded as a Chinese philosopher. Neither is Carlos Montemayor regraded as a Mexican philosopher.Report

I had the great fortune to study with Professor Gyekye when he was a visiting professor in Philadelphia (at both Temple and Penn) in the mid-90’s. He was a wise, careful, and thoughtful scholar, and a kind and generous man.Report

Gyekye also did important work on classical Arabic philosophy. He would have been a very interesting person to talk to; I’m sorry I never got to meet him.Report