Two philosophers are among the 222 newly named recipients of large grants from the European Research Council (ERC).

They are Sandra Laugier of Université Paris 1 Panthéon Sorbonne and Dan Zahavi of Copenhagen University and Oxford University.

Professor Laugier’s project, for which she received a grant of €2.2 million (approximately $2.5 million) is called DEMOSERIES: Shaping Democratic Spaces: Security and TV Series. Here’s the description:

In France, the UK, Germany, the US, and Israel, the number of films and television series revealing what happens ‘behind the scenes’ of democratic regimes faced with terrorist threats is growing. These works reveal a moral state of the world. They may be analysed as ‘mirrors’ of society, or as ideological tools. But they can also be understood as new resources for the education, creativity, and perfectibility of their audiences; as the emergence of a form of ‘soft power’ that can serve as a resource for public policies and democratic conversation.

TV series are increasingly recognised in current research. However, their aesthetic potential for visualising ethical issues and developing a collective inquiry into democratic values has not yet been appreciated. Because of their format (weekly/seasonal regularity, home viewing) and the participatory qualities of the Internet (tweeting, chat forums), series allow for a new form of democratic education by expressing complex issues through narrative and characters.

The ground-breaking question is what role these series can play in the democratic empowerment of viewers, as a resource for confronting cultural and social upheavals underway. By elucidating how these series are conceived by their creators and audiences, DEMOSERIES aims to understand how they might play a crucial role in building the awareness necessary for the safety of individuals and societies, and in creating shared and shareable values in the EU and beyond.

Professor Laugier writes that she’ll be hiring post-docs, “if they are interested in spending a couple of years in Paris to work full-time on a project on TV shows.”

Professor Zahavi’s project is called Who are we? Self-identity, Social Cognition, and Collective Intentionality, and is supported by a €2.4 million (approximately $2.7 million) grant. Here’s the project description:

The project will examine what it means to be part of a larger “we.”  What kind of social understanding does this require, and what is the relation between self-identity and group identity? The project is a five year project which will run from 2020-2024. It is at its core, philosophical, but will include collaborations with researchers from disciplines such as developmental psychology, political science, psychiatry, social psychology, sociology, and anthropology. 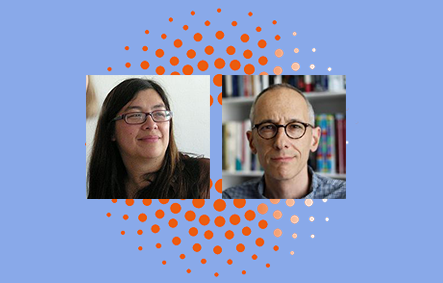 Note: This post was updated on 4/12/19 to include the amount of Professor Laugier’s grant.

Were I Professor Zahavi, I would be watching the current deliberations in Brussels about a Brexit extension with some anxiety.Report

Wondering whether David Wallace’s question is prudential or ironic? Prudential: the Oxford component of Zahavi’s project being presumably vulnerable if Brexit goes ahead (but surely not a terminal problem if the work-plan can be redistributed to Copenhagen?) Or ironic because Wallace has spotted (and perhaps also Prof Zahavi) that a large part of the Brexit problem is that much of the British (in truth ‘English’) population has lost sight of the broader ‘we’ which makes us English, both British, and European, and citizens of the world …… (says someone born in Khartoum with loyalties also to that country and admiring its current struggle)Report