The 2018 Excellence in Research for Australia (ERA) report, a national assessment exercise that attempts to measure research quality at institutions of higher education in the country, has just been released.

The report is a retrospective measure of research quality, covering research from 2011-2016. It looks at various indicators and assigns universities scores in each field of research, with 5–“well above world standard”–being the highest score.

The report also includes scores for applied ethics and “history and philosophy of specific fields“.

Of possible interest may be the contrast between the ERA results and the ranking of philosophy graduate programs in Australasia from the 2017-18 Philosophical Gourmet Report (PGR), reproduced below: 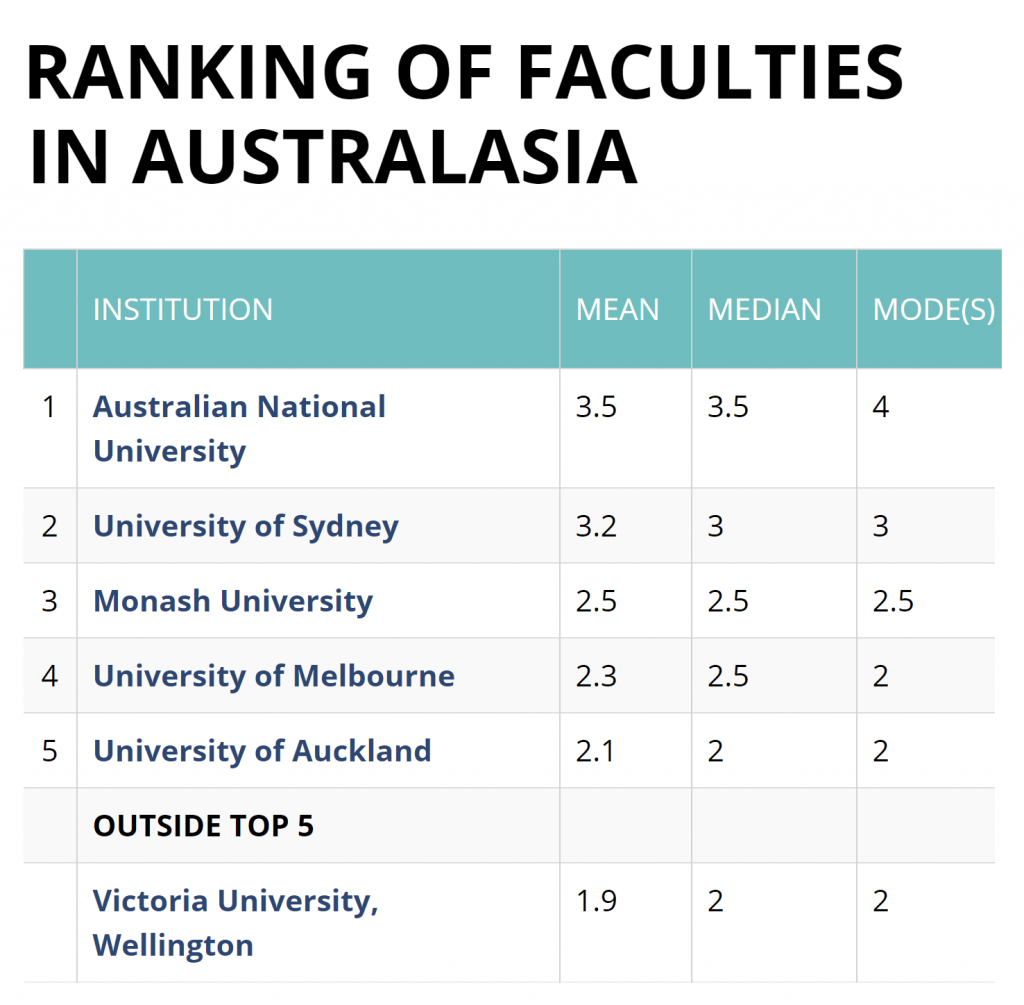 Neither Adelaide nor Macquarie, which both received the highest possible score in the ERA, appear on the PGR rankings.

Those familiar with the ERA are encouraged to share their thoughts about it here.

(Thanks to Neil Levy for bringing the release of this report to my attention.)

For me – a (semi-detached) Australian philosopher who was also an assessor for the ERA (as I think were most established philosophers) – the terms mean nothing at all. I doubt anyone was guided by them in coming to their assessments. 5 = excellent (roughly of a standard you’d expect in PPR or the AJP); 4 = very good (I dunno – Phil Studies?), and so on.Report