Wheeling Jesuit University (WJU), a Catholic college in West Virginia, is eliminating its Department of Philosophy, including laying off its tenured faculty and ceasing course offerings, in an attempt to overcome financial difficulties.

The rest of the liberal arts will be eliminated, too, according to local news outlets. The university declared itself to be in a state of financial exigency in March, and has decided that eviscerating the core academic components of the typical university is the best way to stay in business. This is somewhat surprising, as Jesuit schools tend to emphasize philosophy and theology in their curriculum.

WJU will be retaining its pre-professional programs and its sports programs.

(Thanks to Kristen Irwin for sharing this news.)

UPDATE (4/11/19): In light of the academic cuts, the Jesuits have now severed their ties with the university. Thanks to Stephen Grimm and Kevin Scott for sharing this news. 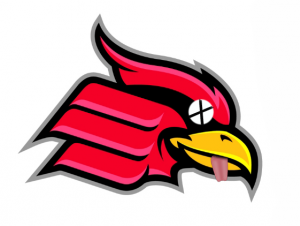 Money rules. Why expect anything else? Logic and rationality mean nothing when stacked against money. The connection to our shared historical knowledge and history lose, too.

Maybe they should start taking bribes from the rich and famous to let their kids in, with the provision that the money goes to the phil dept.

There is little hope for a culture that chooses money over everything.Report

Cautious Until Tenured
Reply to  Docfe

This criticism seems inapt. If the university doesn’t have the money to keep its finances balanced, it needs to change something – either increase revenue or cut costs. Raising revenue is difficult if you’re a small Jesuit school in WV – No rich parents are bribing admissions officers to get their kids into WJU. So they cut programs. That’s not venality, it’s prudence.

That’s not to say there’s nothing to criticize here. Ending philosophy and keeping sports betrays skewed priorities. Maybe some administrators ate overpaid or the administrative staff is too bloated? I wouldn’t be surprised if that’s the case. Prioritizing administration over philosophy would also be worth criticizing, if that’s what’s happening. But we should aspire to deeper thought and more constructive analysis than “money bad!”Report

Wow. this is very sad. I went out there about 10 years ago, and gave both a university-wide talk – hated by the business profs, loved by the students and liberal arts profs, which is hardly surprising – and spent time with the philosophy students. It was a wonderful day and the students were impressive.
A school that drops liberal arts should, at a minimum, not be allowed to call itself a university. I agree with Cautious Until Tenure, in fact. it is possible that financial pressures are such that this is necessary. (Keeping sports is obviously unnecessary, obviously expensive at a school like that, and obviously a lower priority than liberal arts. So that’s a no-brainer.) It would be good to hear from locals who know more about the matter. But at a minimum, if this is necessary, then what is necessary is that they cease being a university.Report

What Would James Do?
Reply to  Mark N Lance

Throwaway Name
Reply to  What Would James Do?

Yeah. I teach at a small liberal arts college with D3 athletics. Half of our students play on a sports team, and being able to continue to play competitive sports is one of the primary draws of our school over nearby, cheaper public institutions with D1 programs. Our philosophy department is, in fact, being downsized, while there are no cuts being planned to athletics. From a financial perspective, this makes total sense to me, sadly.Report

This is indeed sad. Many years ago, when it was clear I’d be pursuing a PhD in philosophy, there were many of the usual questions from extended family members. But not from one aunt and uncle who had gone to Wheeling, and at a time when every student was required to take a philosophy class each year. My uncle in particular was immediately interested and a bit impressed at my continue my studies, as he found his philosophy classes to have been some of the most interesting and difficult courses he took.

Also, having taught at a Franciscan university, I share Justin’s surprise at the move, as philosophy has traditionally been much revered at Catholic institutions.Report

It’s true that the liberal arts in general, and philosophy in particular, are undervalued and in insufficient demand. In recent years, this has only gotten worse, particulary among conservatives. The question is, what are we going to do about it?Report

Don’t give in to arguments that athletics keep schools going. The number of athletes certainly is a small percentage of students overall. But encouraging thinking is still the number one goal of education. To see it otherwise is to bow down to mammon.

Maybe minor leagues should be set up for those who only go to college to play sports. See the number of one and out athletes every year at places like Duke. Surely this few doesn’t keep Duke going. And BTW athletic money overwhelmingly gets put back into athletics, not academic programs.Report

Fyi, in light of the cuts, the Jesuits have now ended their affiliation with Wheeling:

Best of luck to the University during this difficult time.Report

The Christians are bailing also…

Thanks. That article is from 2017. See the updates to this post, as well as this post. It has been two years, though, so if there is newer, relevant information, please share it.Report