The inaugural winner of the prize is Adwait Parker, a visiting predoctoral fellow at the Max Planck Institute for the History of Science (Berlin) who is completing his dissertation in philosophy at Stanford University, for his paper, “Newton on Active and Passive Quantities of Matter.”

The prize is named for philosopher Émilie Du Châtelet (1706-1749), who worked in philosophy of physics, among other subjects. It includes $1,000 and the delivering of a lecture at the 2019 Du Châtelet Prize in Philosophy of Physics Workshop at Duke early next Month. 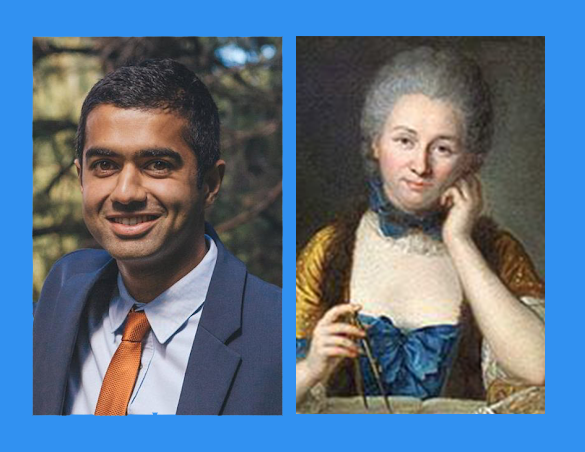 On a side issue: What does “US or international graduate student” mean? I take it that people as distinguished as the editors of SHPS and the faculty at Duke didn’t just mean “graduate student.” So what WERE they trying to convey?Report