Justin Tiwald, chair of the Department of Philosophy at SFSU, share the following memorial notice, which is also posted on the departmemt’s site:

Professor Anita Silvers died on the morning of March 14, 2019, of complications of pneumonia. Silvers was an institution in professional philosophy. She was Professor and former Chair of the Philosophy Department at San Francisco State University and a nationally recognized advocate for disability rights. Disabled by polio as a child, Silvers was a leading advocate for equality for persons with disabilities. On the faculty at SF State since 1967, Silvers worked to make access and disability services available on California college campuses. In 1980, she was appointed by President Jimmy Carter to serve on the National Council for the Humanities, the governing board of the National Endowment for the Humanities. She served for 26 years as Secretary-Treasurer of the American Philosophical Association (Pacific Division). Silvers received the inaugural California Faculty Association Human Rights Award in 1989 and served as a Senior Fulbright Scholar in New Zealand in 2005. In 2009 she was awarded the Quinn Prize for service to the profession by the APA, in 2013 the Lebowitz Prize for Philosophical Achievement and Contribution by Phi Beta Kappa and the APA, and in 2017 she received the Wang Family Excellence Award for extraordinary achievements in the California State University system. Silvers’s groundbreaking scholarship helped to establish disability rights as an important subfield of philosophy; she is regarded as an authority on medical ethics, bioethics, disability theory, social philosophy, aesthetics, and feminism. As a teacher and mentor she changed the lives of countless students, scholars, and activists. She will be deeply missed by her students, colleagues, and the many people she inspired. A memorial will be announced at a later date.

You can learn more about Professor Silvers’ work here. 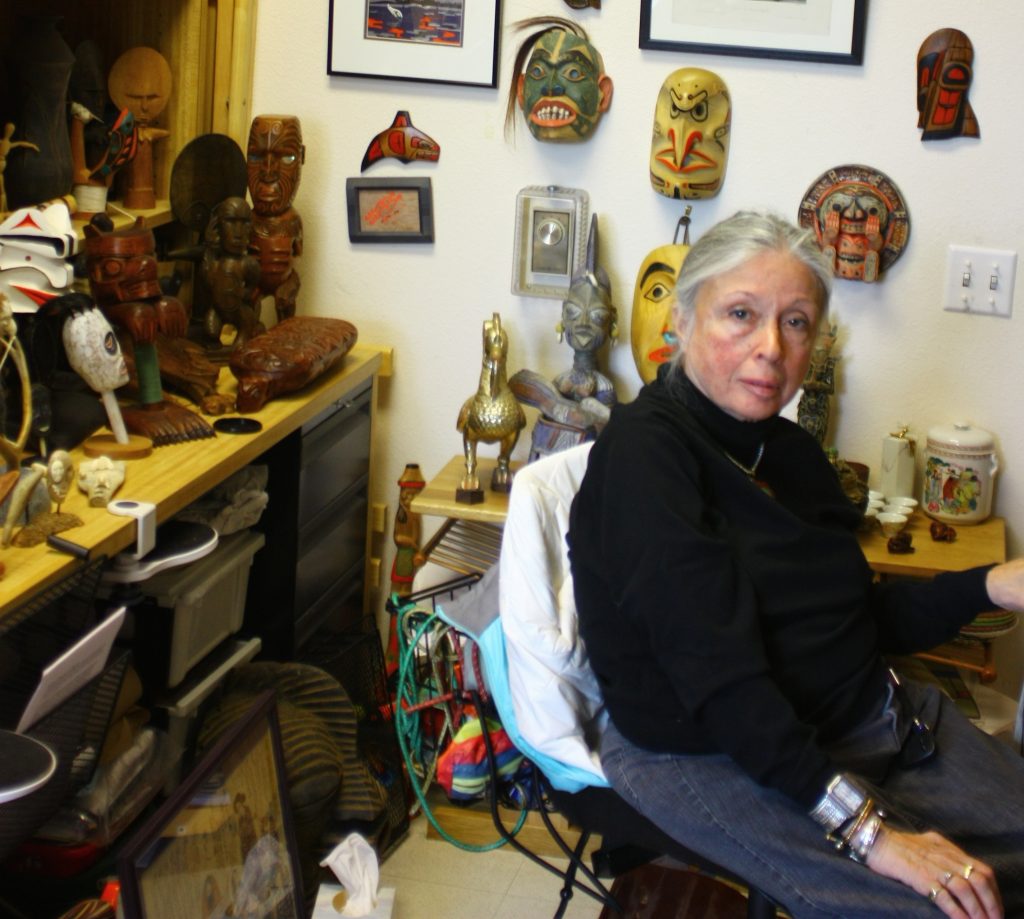 Anita was a force of nature. I owe her so much. This is a terrible loss.Report

A wonderful strong scholar and advocate. She never ceased contributing to a vibrant meaningful campus. She will be missed.
Laura MamoReport

I met Anita just as I was finishing my SFSU MA in ’67. We later became good friends and had lots of fun together at various meetings. Most notorious was the APA meeting when she commented on my wine aesthetics paper–we’d agreed to pull out a bottle of wine and two glasses when the comments period began. We did precisely that, with loud complaints from the audience that we weren’t sharing! Then there was the time my wife got carsick when Anita was driving us up those bendy roads through the redwoods… Anita was quite a driver.
Wonderful human being, wonderful philosopher. So long Anita, it’s been good to know you!Report

For the last semester of my undergrad, I went on exchange to SFSU to work with Anita. Upon arriving to San Francisco, we immediately began meeting and discussing disability rights and justice. It wasn’t uncommon for us to be raising our voices and calling various arguments from the literature “bullshit” and “awful” (including each other’s views).

These war-like back and forths continued up until an email she sent me just prior to me handing in my final 10,000 word paper, which said “well I can tell for this last discussion that at least one small part of your paper will be plausible”. I wanted to cry after receiving this. Just a few days after submitting my final, she sent back the paper with comments. All of these comments were positive, supportive, and thoughtful, ultimately encouraging me to continue pursuing this area for grad school.

Anita was a caring, thoughtful , and passionate philosopher and mentor. I’ll never forget my 5 months with her.Report

I’m very sorry to hear this. I didn’t know Anita extremely well, but very much enjoyed and profited from the interactions we did have. I first really met her when I went to SFSU for a job talk several years ago. She was a gracious host, much better than average at being forthright about the situation with the job and the university. We were able to talk about substantive philosophical issues a fair amount as well, to my great gain. After that, I always was happy to meet and talk with her at conferences and similar events, and always learned from our discussion. As can be told from the above, in addition to being a very good philosopher, she worked hard to make the philosophy discipline a better place. There are too few people like her.Report

anita was my first philosophy teacher and i was a student in the first class that she taught. needless to say, i would not be doing philosophy without her powerful influence and concern for my welfare; i suspect many people can say this.Report

Anita was a bright spirit and an inspiration. She was also a fashionable force of nature and a fighter for what she believed in. The loss of Anita Silvers is a great one. to all who were touched by her. R.I.P.Report

An obituary for Anita Silvers has appeared in the San Francisco Chronicle.