The British Journal for the History of Philosophy has awarded the 2018 Rogers Prize—its annual prize for the best article it publishes—to Michael Gill (University of Arizona) for his “Shaftesbury on life as a work of art” (Vol. 26, no. 6).

Here’s the abstract of Gill’s article:

This paper explicates Shaftesbury’s idea that we ought to live our lives as though they are works of art. I show that this idea is central to many of Shaftesbury’s most important claims, and that an understanding of this idea enables us to answer some of the most contested questions in the scholarship on Characteristics.

The runner-up for the prize is Kathryn Tabb (Columbia) for her paper “Madness as Method: On Locke’s Thought Experiments about Personal Identity” (Vol. 26, no. 5).

Here’s the abstract of Tabb’s article:

John Locke is famous for popularizing the method of the philosophical thought experiment in discussions of personal identity; the cases introduced in the second edition of An Essay Concerning Understanding (1694) are still employed by contemporary philosophers. Here I argue that Locke’s method is nonetheless importantly different from later efforts in ways that can help us better appreciate his larger projects. Rather than pumping the reader’s intuitions in support of his preferred account, Locke’s thought experiments serve to illustrate common errors in assessments of identity that he sees as particularly prevalent and problematic. Locke defends his idea of ‘person’ otherwise, through what I call his ‘lived experiments’: observations about linguistic usage that serve to illustrate the term’s role in practical reasoning. I focus especially on Locke’s example of the forensic status of the madman. Examples like these do not, for Locke, demonstrate the intuitiveness of his analysis, but rather bolster his case that it is the right analysis, given his broader commitments. They serve to illustrate why Locke’s preferred criterion for the identity of persons—sameness of consciousness—contributes to a demonstrative science of morality, where a rival account—sameness of substance—falls short.

The winner of the Rogers Prize receives £1,000 (approximately $1,286). The prize was established in 2012 in honor of John Rogers, the founding editor of the journal. 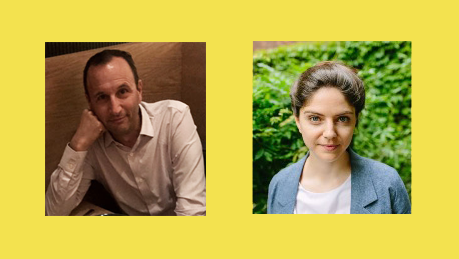