Gary Gutting, emeritus professor of philosophy at the University of Notre Dame, died this past Friday.

He was well-known for his substantial work in public philosophy, authoring several columns and conducting a number of interviews with philosophers for The Stone feature in The New York Times. Also, he was the creator and a long-time co-editor of Notre Dame Philosophical Reviews (NDPR).

Professor Gutting received his PhD in philosophy in 1968 from St. Louis University, where he had earned a B.A. just four years before. After a year on a Fulbright Fellowship spent at the University of Louvain, he started as an assistant professor at Notre Dame.

Among other things, Professor Gutting was interested in showing what different kinds of philosophers—for example, theists and atheists, analytic and continental philosophers—could learn from one another. He wrote that he found it encouraging that there were signs of “philosophers following philosophical problems wherever they are interestingly discussed, regardless of the author’s methodology, orientation or style.”

In a column for The Stone, “Why Do I Teach?“, he wrote that a central aim of college education, particularly in the humanities, is to “make students vividly aware of new possibilities for intellectual and aesthetic fulfillment—pleasure, to give its proper name” and that “we should judge teaching not by the amount of knowledge it passes on, but by the enduring excitement it generates. Knowledge, when it comes, is a later arrival, flaring up, when the time is right, from the sparks good teachers have implanted in their students’ souls.”

Professor Gutting was once asked about the role of philosophy in a world in crisis. He answered:

I learned long ago from Candide that both optimism and pessimism are just ways of avoiding the work of improving the world. For optimism, improvement is unnecessary, for pessimism it’s impossible. But it always makes sense to do what we can to make things better in our immediate locale, where we have some reasonable chance of alleviating what Voltaire rightly saw as the three great evils of vice, poverty, and boredom. It might seem that philosophy would have little relevance to such immediate and mundane concerns, and it’s true that theory, high or deep, won’t tell us how to work in our gardens. But effective action requires accurate thought, and in our culture at least, the basic ideas we need for thinking trickle down from philosophy, as do the methods of thinking well.

You can read a detailed interview with Professor Gutting here, view his writings for The New York Times here, and browse a listing of his philosophical work here. 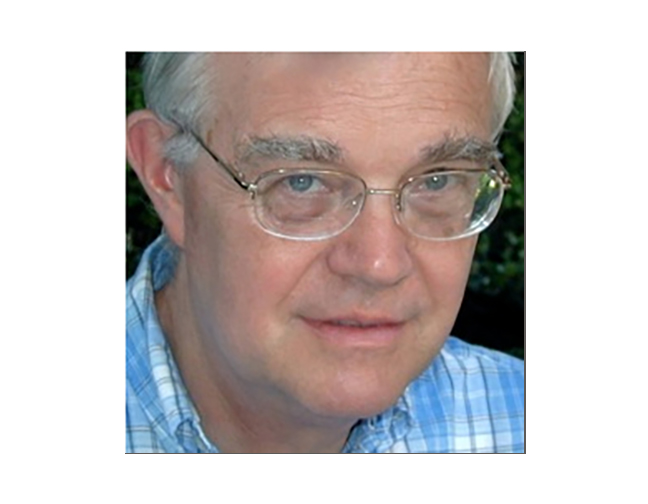 [This post will be updated with links to other memorial notices as they appear. If you see any, feel free to share them in the comments or email them to me.]

I’m sad to hear it. I didn’t know him well at all – we never met in person – but in the few interactions I had with him, he was kind, generous, and very helpful. (I wrote a couple of reviews for the NDPR, and he was very helpful with advice on style, formatting, and the like, and patient when my first review was too long. When I taught a class on criminal law theory for the first time, he [along with another well known Foucault scholar] was extremely helpful in answering some questions from me about _Discipline and Punish_, which I wanted to teach but wasn’t completely ready to deal with. Despite not knowing me at all except for having done one review for the NDPR at the time, he was gracious and generous with his time in answering some questions about Foucault and the text in particular for me.) It’s a big loss for philosophy.Report

My experience with Professor Gutting was very much like Matt’s–a big loss indeed.
In remembrance I would very much like to hear more from those who knew him better than I as student or colleague.Report

I was a graduate student at Notre Dame in the 90s. One of my first TA-ing assignments was as a discussion section leader for one of Gary’s huge intro classes. I remember the class as being a very demanding and wonderful one; Gary was a non-ironic true believer in the goods of philosophy and his intro classes reflected that vision.

I remember in particular one day in the spring semester when the whole 300-student class met. Gary was lecturing in front of this auditorium of students, using overhead slides. His lecture was incoherent. It was making references to readings the students weren’t even supposed to have done, and was mildly chastising them for their lack of preparedness. The TA corps sitting off to the side was nonplussed. Finally he laid down a final overhead transparency with a column of obscure philosophy terms on it and said something like “If reflection on these concepts doesn’t make everything clear, then you’re truly hopeless!” And he walked off the stage and out of the auditorium. We all sat there in confusion, until we realized that the first letters of the words on the overhead spelled “APRIL FOOL.”Report

What a wonderful story!! Thanks for sharing.Report

That’s terrific. Sounds like a biochemistry prof I once had!Report

I took an existentialism class from Gary Gutting during the spring of my sophomore year at Notre Dame. There were about 60 students in the room. This was in the late 1990’s. He was a great lecturer, with a huge amount of knowledge concerning the history of philosophy. When I think back on professors I had in college, some impressed primarily due to their ability to argue well, but others impressed me primarily because they left me thinking, “Wouldn’t it be amazing to know that much about the history of ideas?” Gutting could argue well, but it was his knowledge of the history of ideas that was so admirable to me. He made me want to know that much too.Report

I served with Gary Gutting on the Western (Now Central) Division Program Committee in 1996. He was the chair. I told him about my research into the effects of the McCarthy Era on American philosophy, and while my serving on the program committee precluded my being on the program that year, he arranged an invitation for me to be invited to speak on the issue the next year. I mentioned him, but did not name him, in my 2000 book “Time in the Ditch.” I am sadly honored now to be able to praise him by name for his open-mindedness.Report

I was a very junior colleague of Gary’s at Notre Dame from 1981-1985. He always treated me with exemplary decency. I enjoyed his wry sense of humor and his insightful criticism of philosophical arguments and positions. He was an island of sanity in a sea of very strong egos and no small amount of pathology. Saddened to hear of his death.

I’m sad to hear it. I didn’t know him well at all – we never met in person – but in the few interactions I had with him, he was kind, generous, and very helpful. (I wrote a couple of reviews for the NDPR, and he was very helpful with advice on style, formatting, and the like, and patient when my first review was too long. When I taught a class on criminal law theory for the first time, he [along with another well known Foucault scholar] was extremely helpful in answering some questions from me about _Discipline and Punish_, which I wanted to teach but wasn’t completely ready to deal with. Despite not knowing me at all except for having done one review for the NDPR at the time, he was gracious and generous with his time in answering some questions about Foucault and the text in particular for me.) It’s a big loss for philosophy.

Like another poster, I was a grad student at Notre Dame in the 90’s. I never took a class from Gary, nor did I TA for him. But he was chair of the department while I was there, and my cohort had a tradition of inviting a faculty member + spouse and making dinner for them. Our evening with Gary and Stacie was wonderful, and I will always cherish that memory. My thoughts are with Stacie and the family, as well as the Notre Dame department. They grieve a terrible loss.Report

I am a little disturbed that there are two posters who go by ‘M’ who were Notre Dame graduate students in the 1990s.Report

Once or twice a year Gary would send out an email inviting all ND graduate students to his office. He wouldn’t be there. But he’d have laid out all the books that were sent to NDPR by publishers but weren’t sent to reviewers. The first day we could each take five books, and the next day ten. Much of my early philosophy bookshelf was donated to me by Gary, and I think of him and his generosity every time I open one of those volumes.Report

I am not a philosopher in the academic sense but rather in the everyman sense. I am a physician who has been interested in philosophy and ethics since I had the pleasure and great fortune of spending a summer at The Hastings Center when Dr. Dan Callahan et al on Hastings-on-Hudson (it has since moved to its new location). I read with delight Dr. Gutting’s book What Philosophy Can Do recently and I recommend it for all novice philosophers. I just found out both Dr. Gutting and Callahan passed away last year just 6 months apart. A tremendous loss to the world of philosophy and ethics.Report

Thanks for the response. I agree, and I especially appreciate the points about listening to opposing views and the unworthiness of an unexamined life.

I hope this isn’t taken the wrong way, but does the claim “less than one in 10 academics in all the mathematical sciences are POC”

You m'am, or sir, have won the internet today

Tim Maudlin on 36 Answers to “What Is the Value of Philosophy?” (updated)

Yes, of course one could say that philosophy trains certain intellectual virtues in terms of being sensitive to and careful of nuances of meaning, or […]

Could you please put the date alongside the mini-heap title. I like to store the daily nous emails in my files for future reference. However

Mate Penava on To φ Or Not To φ

I completely agree, this just Kant be true.

Personal anecdote: daughter interested in majoring in computer science, has a knack for coding, completely changed her mind due to "computer science bros" and the

Candlesticks on 36 Answers to “What Is the Value of Philosophy?” (updated)

As an outsider looking in, I think that if someone asked me why aren't more students interested in going into philosophy, I would point them

George Crowe on To φ Or Not To φ

You Kant be serious about using a philosopher as a means to a meme.

In the video, you say you don't think there is a general answer to the question, "what is the value of philosophy?" Your reason was […]

Merlla Malone on What Can Journals, Publishers, and Authors Do Now to Improve the Publication Process in Philosophy?

Two thoughts no one mentioned. Parkinson's Law is prevalent. Referees will put off writing reviews until the deadline or later because work expands to fill […]