A professor of ethics from Haiti who spent two years imprisoned in the United States while the government resisted granting him asylum has been released into the custody of a couple in Ohio.

According to the Washington Post, Ansly Damus had been “a popular professor” in ethics and economics in Haiti*.

Then, according to his asylum statements, he had given a lecture in 2014 about the unethical behavior of a local politician who he accused of collaborating with gangs, and later that same day gang members attacked him as retribution, burning his motorcycle and threatening to kill his wife and two young children unless he left the country. Damus fled a week later for Brazil, where he knew other Haitian refugees, and he spent nearly two years working in construction and living in a refugee camp before traveling by bus to the United States.

Those two years in Brazil were the reason U.S. officials wanted to deny his asylum claim, saying Damus had attempted to settle there permanently. Damus said he was threatened and persecuted as a Haitian immigrant in Brazil and always planned to come to the United States, but it had taken him two years to save money and plan for the trip.

The U.S. government repeatedly appealed judges’ decisions to grant Damus asylum. As a result, he ended up spending “766 days at a county jail intended for short-term stays, which meant the facility had no outdoor space, no exercise room and no Internet access for inmates.”

Earlier in the year the American Civil Liberties Union (ACLU) posted a note from Damus on their website in which he describes his ordeal. He wrote:

When I feared for my life and arrived at the border, it felt like the U.S. had extended an open hand to me. Yet in accepting it, I have been condemned to indefinite imprisonment, even though I have committed no crime.

An older married couple—Melody Hart and Gary Benjamin—learned of Damus’ case from a friend of theirs who works in immigration law. The story of how they came to be the representatives of a “community that cared” about Damus, and hence integral to his eventual release, is recounted in the Washington Post article. 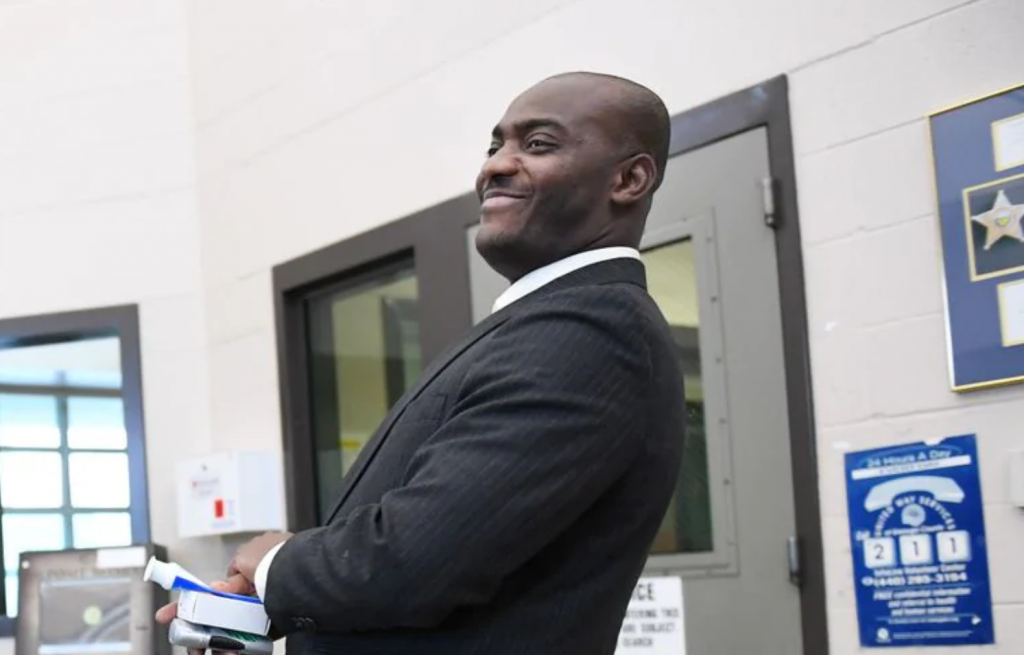 * The Washington Post does not specify at which institution he was a professor. If you know, please share that information in the comments or email it to me. Thanks.

I hope that, if he wishes to participate, the universities of Ohio welcome him with open arms and grant him a philosophical community.Report

Not described here as a professor but a teacher of young people. It could be that he was a high school teacher.Report