The American Philosophical Association (APA) has named Dominic McIver Lopes, professor of philosophy at the University of British Columbia, as the winner of its 2018 Philip L. Quinn Prize.

The Quinn prize is awarded to a current or former member of the APA “in recognition of service to philosophy and philosophers, broadly construed.” The prize includes $2500 and a plaque.

In a press release, chair of the APA Board of Officers, Chesire Calhoun, said:

The youngest awardee of the Quinn Prize, Professor Dominic McIver Lopes has produced award-winning, cutting-edge work in aesthetics, garnering two essay prizes, the American Society of Aesthetics outstanding monograph prize, many editorial board memberships, presidency of the American Society for Aesthetics, and currently, vice-presidency of the Canadian Philosophical Association. The Quinn Prize, however, is awarded to those whose impact extends beyond their superlative philosophical contributions. With the award of this prize, the board of officers expresses its deep appreciation, admiration, and gratitude to Professor Lopes for taking on some of the most challenging service work in the APA. His most visible role was as secretary-treasurer of the Pacific Division of the APA (2008–2016). He led with vision, wisdom, fairness, and calmness during crises. That time period coincided with a difficult transition period for the APA as a professional organization. During that transition, Professor Lopes worked unstintingly in less visible capacities serving on the executive director search committee and the committee that launched the Journal of the American Philosophical Association, and chairing both a national office IT operations subcommittee and a communications and publications taskforce. I am extremely pleased that the board of officers is able to honor and thank Professor Lopes for his devotion to bettering our shared professional lives.

Previous winners of the Quinn Prize are listed here. 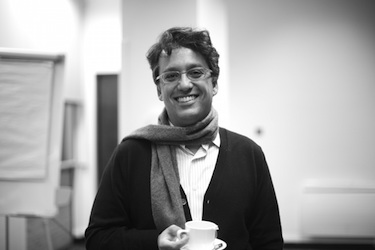