The Journal of the History of Philosophy has announced the winner of it 2018 book prize, which is awarded for the best book written in history of philosophy in 2017.

The winner is Thomas Adriaenssen, assistant professor of philosophy at the University of Groningen, for his book, Representation and Scepticism from Aquinas to Descartes (Cambridge University Press).

Thomas Adriaenssen offers the first comparative exploration of the sceptical reception of representationalism in medieval and early modern philosophy. Descartes is traditionally credited with inaugurating a new kind of scepticism by saying that the direct objects of perception are images in the mind, not external objects, but Adriaenssen shows that as early as the thirteenth century, critics had already found similar problems in Aquinas’s theory of representation. He charts the attempts of philosophers in both periods to grapple with these problems, and shows how in order to address the challenges of scepticism and representation, modern philosophers in the wake of Descartes often breathed new life into old ideas, remoulding them in ways that we are just beginning to understand. His book will be valuable for historians interested in the medieval background to early modern thought, and to medievalists looking at continuity with the early modern period. 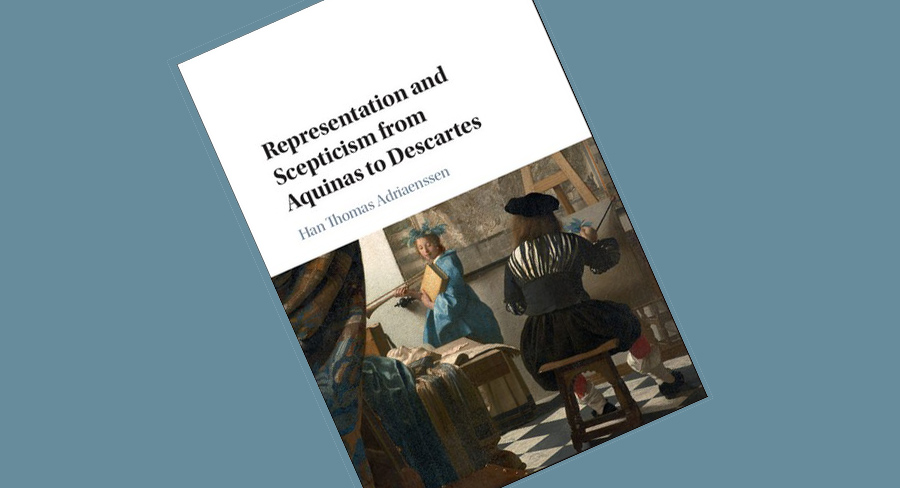 Thanks for your announcemant! The first name is Han Thomas (rather than simply Thomas).Report

Thanks, Martin. That part of the quoted blurb is now deleted.Report