The American Philosophical Association (APA) has given its 2018 Joseph B. Gittler Award to Francesco Guala, professor of philosophy at the University of Milan, for his book, Understanding Institutions: The Science and Philosophy of Living Together.

The $4000 award is given “for an outstanding scholarly contribution in the field of the philosophy of one or more of the social sciences. The range of the social sciences is construed broadly so as to include anthropology, economics, education, government, history, psychology, sociology, and any other field that is normally located within the social science division in contemporary colleges and universities.”

Professor Guala’s book, according its publisher, Princeton University Press, “proposes a new unified theory of social institutions… that combines the features of three influential views of institutions: as equilibria of strategic games, as regulative rules, and as constitutive rules. Guala explains key institutions like money, private property, and marriage, and develops a much-needed unification of equilibrium- and rules-based approaches.”

In a press release, award committee chair Edouard Machery (Pittsburgh) says, “The book moves seamlessly from the philosophy of social science to social science itself, and brings together scientific and philosophical considerations. Its limpid style makes it accessible to a large audience in addition to the more specialized audience of philosophers of social science.” 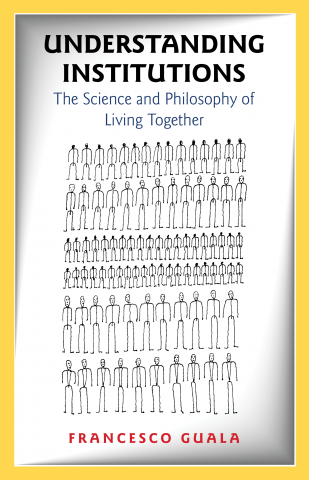