Lawrence Becker, professor emeritus of philosophy at the College of William & Mary and fellow of Hollins University, has died.

Professor Becker was known for his work in ethics, especially regarding disability and health, political philosophy, particularly in regard to property rights, and stoicism. He received his PhD in philosophy from the University of Chicago in 1965. He taught at Hollins until 1989, and then became William R. Kenan, Jr., Professor in the Humanities and Professor of Philosophy at the College of William and Mary, retiring in 2001.

Professor Becker was impressed by the ubiquity of pluralism in moral philosophy and the challenges pluralism held for political philosophy. For example, in “Reciprocity, Justice, and Disability,” he writes that political philosophers who have hoped to justify government on the basis of agreement face what he calls the “tough-crowd” problem:

the problem of persistent, life-and-death conflicts between people who are politically engaged and willing to deal with each other—rather than fight as a first resort—but who have irreconcilable views about human good and the good life. The aim has been to find common ground that yields agreement on a substantive theory of justice…

If we cannot solve this Tough-Crowd Problem, if we cannot build robust and sustainable commitments to justice between ourselves and those whom we regard as powerful but evil, powerful but amoral, powerful but unreasonable, or powerful but badly wrong in their conception of the good life, then we have little chance, short of perpetual warfare, of protecting the disabled or anyone else. Whatever else we do, surely we must continue the struggle to find a theory of justice that will get the reflective endorsement of hard-boiled political realists, opportunistic free riders, enthusiastic anarchists, resourceful skeptics, cultural relativists, ideologues of all stripes, members of militant religions, relentless advocates for special interests…

He believed that help in this struggle was to be found in an expansive conception of reciprocity.

You can learn more about Professor Becker’s work here, and watch a video of him sharing his philosophical views and personal reflections on living with a disability here. 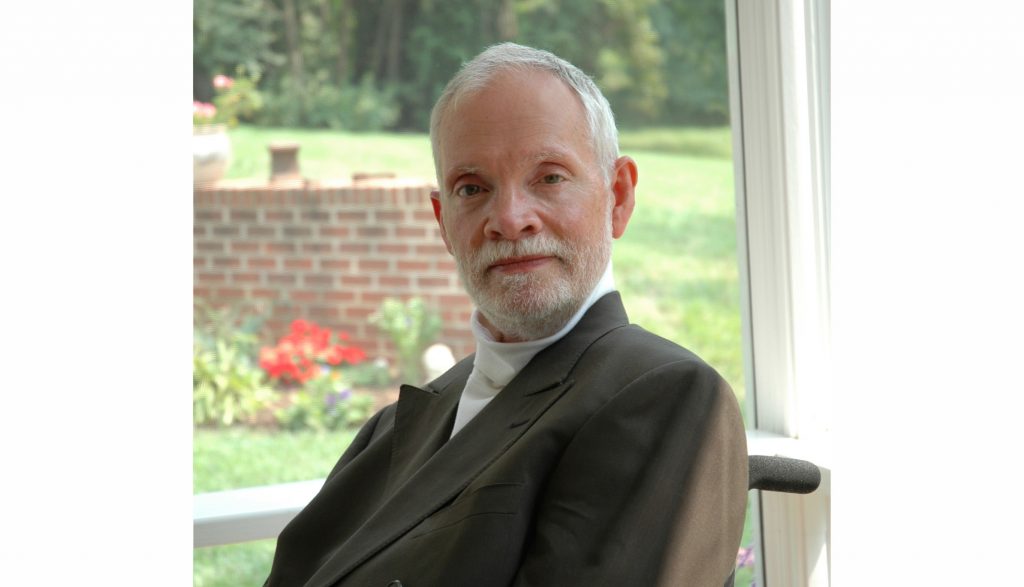 Larry was one of my philosophy profs at W&M and really the reason I went into philosophy: I was a physics major, but started taking his ethics classes my junior year.
I never got enough for the degree, but spent a lot of time talking to him about philosophy as a profession and which graduate schools to look at. Great teacher, and really great person. Anyway, I bet a lot of us have “the” person that we’d think led us into philosophy; was always happy it was him and someone I liked and admired so much personally, particularly given the adversity he overcame.Report

I am a full time graduate student in Liberty’ s Master of Public Health program and also work in healthcare. I have had to watch many lecture videos since my program is online, but this was certainly the most most profound I have viewed all semester and perhaps the the most valuable life advice. I am reading the book Habilitation, Health, and Agency which I ordered months ago and would much rather continue to read than what has been assigned for this week; but most of all I will miss the talks on art, literature, politics, and other random topics. Dt. Becker, I am honored to have met you. Godspeed.