The administration at the State University of New York at Fredonia has targeted the school’s Department of Philosophy.

The Department of Philosophy may be eliminated, and the school will no longer offer students the opportunity to major in philosophy, if the plan being considered by the university’s president, Virginia Horvath and provost, Terry Brown, is approved.

The proposal to close the department and discontinue the major is being made as part of a plan for “reducing expenses,” according to a memo from Horvath.

This is not the first time that the university has considered shuttering the Department of Philosophy. In 2017, the dean of the sciences and humanities at the school, Andy Karafa, considered the idea.

At the time, the department responded in detail, arguing that cutting philosophy would result in “minimal savings and substantial costs.” Its instructional costs are lower than the departmental average on campus and its full-time enrollment student-to-faculty ratio is higher than the average on campus. The number of philosophy majors is currently down, but that appears to correlate with an overall decrease in enrollment at Fredonia. Resignations and retirements have left the department with just two full-time members (both of whom are SUNY Distinguished Teaching Professors—a rank above full professor—and have won the top research-related awards at the school). In general, the philosophy department appears to run well and pretty cheaply at that.

It is striking that a university that bills itself as a “comprehensive, public, liberal arts university” offering “a complete college experience”, could seriously entertain the idea of no longer offering a philosophy major—especially since one of the criteria for assessing programs is their “centrality to the mission” of the university. 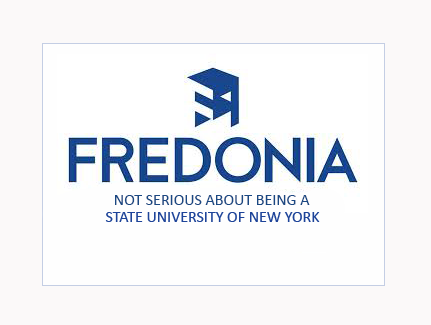